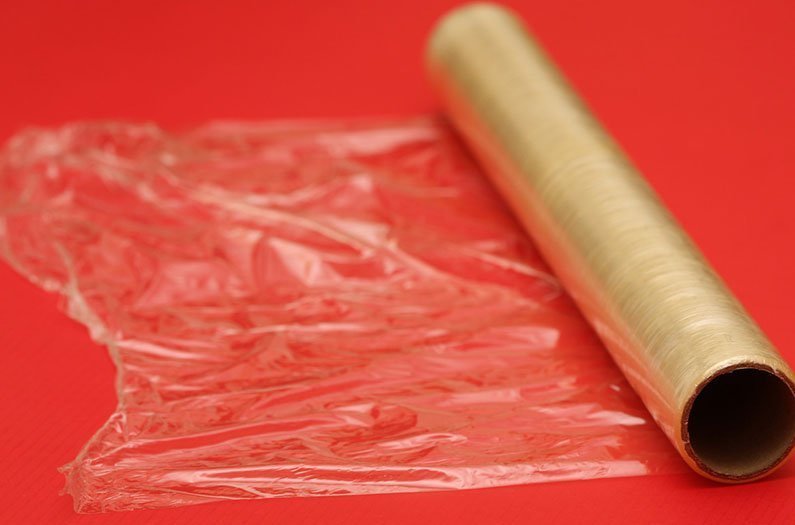 Plastic wrap made from shellfish and plants is completely compostable
By spraying alternating layers of the chitin and cellulose infused solution, researchers found they could make the layers fuse to one another and form one single, resilient film.
By Emma Bryce
August 2, 2018

One of the many conveniences of modern life is plastic wrap, the ubiquitous product that’s draped over our fruit, vegetables, meat, and seafood to preserve freshness. But now, researchers say they’ve invented a replacement for this polluting item: A completely compostable, flexible film made from a mix of two natural ingredients–shellfish and tree fibers.

Writing in ACS Chemistry & Engineering, the Georgia Institute of Technology researchers explain how they created this new plastic replacement from a simple mixture of water, cellulose–the substance that makes up cell walls in plants; and chitin–a fibrous substance that occurs in shellfish, insects, and fungi.

By extracting individual nanofibers of cellulose and chitin, and suspending them in water, the researchers were able to spray even layers of this solution onto a flat surface. Since chitin and cellulose fibres incidentally have opposing electrical charges, the two substances adhered to one another, which also worked to the researchers’ benefit: By spraying alternating layers of the chitin- and cellulose-infused solution, they could make the layers fuse to one another and form one single, resilient film.

Once this multi-layered substance dries it becomes transparent and flexible, qualities that could make it a realistic replacement for regular plastic wrap. In fact, the researchers’ experiments revealed that this biodegradable film would also be better at keeping out oxygen than plastic wrap, because it has a crystalline structure that makes it harder for gases to pass through. Compared to regular plastic wrap, the chitin- and cellulose-infused version reduced oxygen permeability by up to 73%–which could add the huge benefit of keeping produce fresher for longer.

Another plus is that chitin and cellulose are the planet’s two most commonly-occurring substances produced within living organisms, so the resources needed to make this new film are in abundant supply.

Humans have already managed to mimic the natural production of cellulose for its multiple industrial uses, so this product is widely available. And while chitin isn’t manufactured on industrial scales, it is found abundantly in the exoskeletons of shellfish like crabs and shrimp–so the seafood industry could become a huge untapped resource of this raw material. Repurposing shellfish waste to make the biodegradable ‘plastic’ could also double as a way to keep fisheries waste products out of landfills, where they’d cause more environmental damage. And, by preserving produce for longer, the compostable film may also reduce food waste, which commits tons of greenhouse gases to the atmosphere each year as it decomposes. Ultimately “these films could form the basis for a platform technology of 100% biorenewable barrier packaging,” the researchers say.

Of course, all this promise hovers under a huge, big ‘if’. Producing biodegradable film at the industrial levels that would be required to make an environmental impact is something that will take huge investments in manufacturing, to make it competitive with plastic, the researchers note. But, their study proves that we already have at our fingertips the resources and ingenuity we need to help solve one of the biggest environmental scourges of our times. 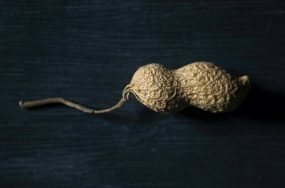 The presence of wild peanut traits in modern crops has enabled farmers to cut back on fungicides and other chemical treatments, and even reduce fuel use and emissions.