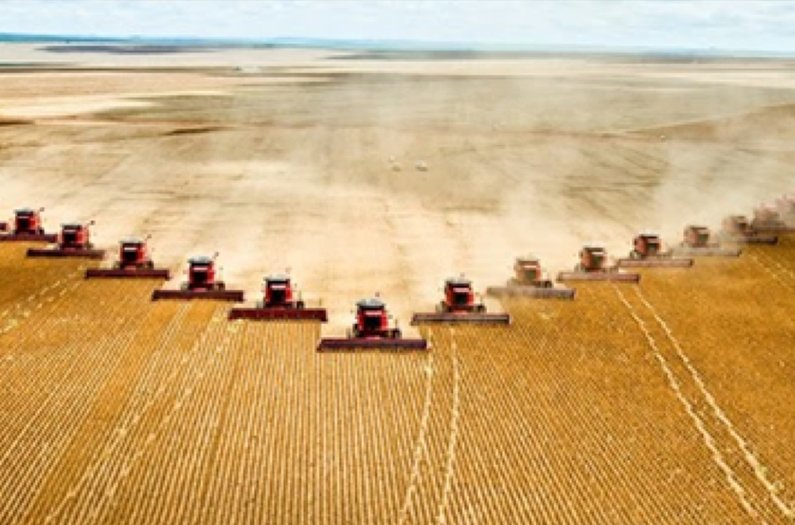 Slowing agriculture’s spread is the best way to lockdown carbon

The researchers measured the quantity of carbon stored in vegetation in multiple farming landscapes and wild habitats across three countries: this revealed that limiting agricultural expansion was, unequivocally, the best way to stop the loss of sequestered carbon–and the finding was surprisingly consistent across the three countries the researchers tested in. Carbon stocks were lower on agricultural land of any type, compared to natural habitat across all the locations they surveyed. And this was true even for farms where specific carbon-storing measures had been put in place.

These much-championed efforts–which for instance increase carbon storage on farmland by integrating crops with carbon-sequestering trees and shrubs–can however reduce farmers’ productivity. Integrating carbon storage on farmland  may push farmers to expand into wild habitat in order to reap the required yields–which of course, releases carbon that’s been sequestered for decades–possibly centuries–in trees and plants. “Slightly counter-intuitively, trying to conserve carbon on farmland resulted in less carbon being stored across the landscape as a whole,” the researchers explain.

The superior environmental option, then, is to intensify agricultural production on existing farmland, even if that rules out the possibility of working carbon-storing measures into the farm. The researchers called this ‘land-sparing’, and concluded that even though shunning carbon sequestration on farms might seem unwise, this way of farming “consistently resulted in greater regional [carbon] stocks than any other strategy.” The wide breadth of habitats they studied–ranging from tropical forest to wetlands–also suggested that their results would hold up over many contexts around the world.

To make these conclusions, the researchers took thousands of carbon measurements–including readings from 11,000 trees–from diverse areas of farmland and natural habitat in Poland, Ghana, and Mexico. They combined that information with in-depth farmer interviews, and existing agricultural data, to identify where carbon storage was greatest across the study sites.

Of course, the notion of stopping the spread of farmland that they suggest is both impractical and unlikely–and the researchers know it. Feeding a growing global population will require that we convert at least some of the planet’s remaining wild habitat into farms for growing and rearing food.

But, what the findings show concretely is just how beneficial it can be to leave wildlands untouched. And, fully appreciating their value might spur us onto more innovative ways of farming–like space-efficient, vertical food production–that could at least minimise the damage to natural habitats.

Similarly, high-yield, climate-smart crops and farming measures–many of which are under development now–would produce more food per hectare and minimise the need for farmers to edge into forests, wetlands, and grasslands where carbon is stored. And, if we wasted less food, and limited overconsumption, thereby reducing food demand, there would be less pressure on the land, the researchers say.

Ultimately, solutions will have to revolve around “reducing the area of farmland that we will need to feed the 10 billion people that the world is likely to hold in the next few decades,” the researchers say.