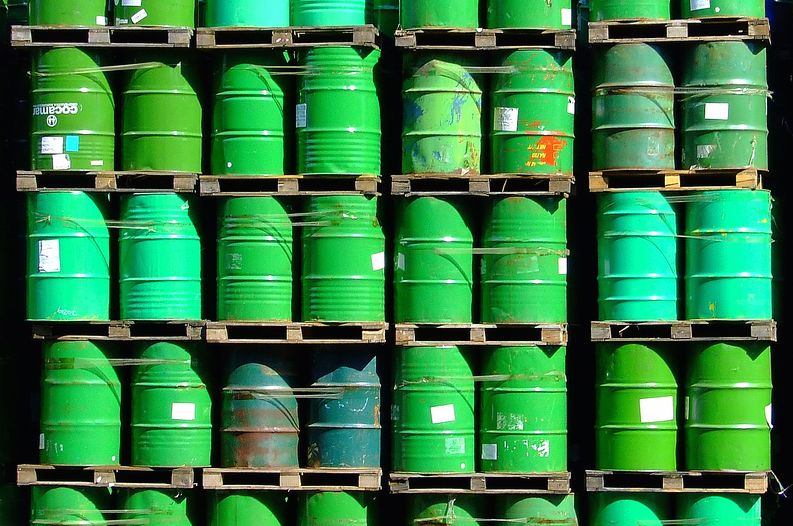 We Are Stuck With Oil For Now. Are There Ways to Make it Greener?

Flaring, the practice of burning unwanted gas that vents from oil pipelines, is the biggest source of carbon emissions from oil production. A new analysis compared oil fields around the world and identified where key emission sources could be reduced.
By Prachi Patel
September 27, 2018

The oil industry and the color green don’t show up in the same sentence very often, if at all. But since we will be relying on oil in the near term, an international research team decided to dig into the data on carbon emissions from crude oil production. By comparing data from oil fields around the world, they have now provided the first detailed analysis of oil production emissions, identifying the main culprits as well as first steps towards reducing the industry’s carbon footprint.

The study published in Science shows that that gas flaring—the burning of unwanted gas that vents from oil pipelines is the biggest source of carbon dioxide emissions from oil production. It also shows that Saudi Arabia’s crude oil production has the lowest carbon emissions per barrel among major oil-producing countries.

Extracting, transporting and refining crude oil into transport fuels accounts for 40 percent of greenhouse gas emissions related to those fuels. But there is no single method to measure the carbon-intensity of oils, the international research team writes in the paper. There is also a “lack of comprehensive geographically rich datasets that would allow evaluation and monitoring of life-cycle emissions from oils,” they say.

To address the first issue, the researchers had previously developed a computer-modeling tool to calculate carbon intensity. In the new paper, they address the second issue by using their modeling tool to analyze the carbon emissions from oil wells to refineries of all major oil fields around the world.

They analyzed data from 2015 of nearly 9,000 oil fields across 90 countries, which represent about 98 percent of global crude oil and condensate production. The data came from government sources and regulatory agencies; petroleum engineering literature; and international oil company Aramco. Flaring data is not widely reported by governments or companies, so the researchers estimated volumes based on nighttime radiometry from satellite data.

The team found that oil fields accounted for 5 percent of global greenhouse gas emissions in 2015, which is higher than the oil and gas industry estimates. On average, oil production from these fields released 10.3 grams of carbon dioxide equivalent emissions for every megajoule of energy in crude. US crude production emits around 11 grams of emissions. Saudi oil production averages 5 grams because the country’s conventional oil fields do not involve much gas-flaring. Heavy and unconventional sources are much more emissions-intensive: Venezuelan crude releases on average 20 grams and Canadian oil sands average about 18 grams.

Gas flaring was responsible for an average of 22 percent of the carbon-intensity of oil production. Algeria, Iraq, Nigeria, Iran and the United States are among the top 10 in flaring, and here flaring amounted to 18–40 percent of the carbon intensity. The study suggests that eliminating flaring, and cutting methane leaks and venting to rates found in Norway could cut around 43 percent, or 700 megatons of emissions from the oil sector’s annual carbon footprint.

Policies to reduce flaring have worked in offshore fields in Canada, the team says. Technologies such as the use of solar-powered steam generation would also help. But future progress will rely on international oil companies taking the lead. The first step could be transparency and increased reporting of oil-sector greenhouse gas emissions.