Float when it floods


Last June, not long after a catastrophic thunderstorm swept through southern Ontario, bringing a month’s worth of rain in just a few hours, a group of 75 architects, engineers, and policymakers from 16 countries gathered in the city of Waterloo to discuss how humanity will cope with its waterlogged future. The timing of the conference was a fitting meteorological coincidence; in a world increasingly transformed by climate change, heavy rains and major floods are becoming more common, at least in some areas. In the summer of 2017 alone, Hurricane Harvey dumped more than 50 inches of rain over Texas; a monster monsoon season damaged more than 800,000 homes in India; and flash floods and mudslides claimed at least 500 lives in Sierra Leone. In the past two decades, the world’s ten worst floods have done more than a 165 billion dollars’ worth of damage and driven more than a billion people from their homes.

It was statistics like these that animated the experts who had assembled in Ontario for the International Conference on Amphibious Architecture, Design and Engineering, a three-day event organized by Elizabeth English, an associate professor at the University of Waterloo. Unlike traditional buildings, amphibious structures are not static; they respond to floods like ships to a rising tide, floating on the water’s surface. As one of English’s colleagues put it, “You can think of these buildings as little animals that have their feet wet and can then lift themselves up as needed.” Amphibiation may be an unconventional strategy, but it reflects a growing consensus that, at a time of climatic volatility, people can’t simply fight against water; they have to learn to live with it. “With amphibious construction, water becomes your friend,” English told me. “The water gets to do what the water wants to do. It’s not a confrontation with Mother Nature—it’s an acceptance of Mother Nature.” 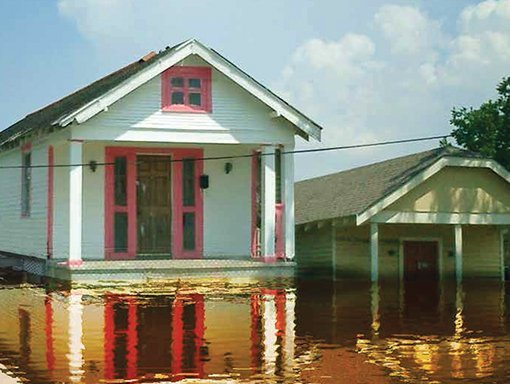 English began her career focused on an altogether different force of nature: wind. After earning degrees in architecture and engineering, she eventually landed at Louisiana State University’s Hurricane Center, where she studied the effects of wind loads on buildings and the aerodynamics of windborne debris. In August of 2005, Hurricane Katrina hit New Orleans, about 70 miles southeast of her home in Baton Rouge. The storm’s high-speed winds peeled roofs off buildings and flung debris through windows, but it was the flooding that really shocked English. “Katrina was much more a water event than a wind event,” she said. “I started looking at the implications of all the flood damage and the social disruption that it caused, and I became very, very angry about the cultural insensitivity of the solutions that were being proposed.”

In the aftermath of the storm, the federal government recommended that residents permanently elevate their houses, lifting them up onto raised foundations or stilts. But English worried that hoisting the city’s low-slung, shotgun-style houses into the air would ruin its sense of community, making it more difficult for residents to chat with neighbors and passersby. “People didn’t want to move up,” English said. “And it visually thoroughly destroyed the neighborhoods. There had to be a better way.”

She discovered that better way in another perpetually sodden locale—the Netherlands, where developers were building a cluster of amphibious homes in a flood-prone region along the Maas River. The houses sat on hollow concrete boxes attached to large steel pillars. During a flood, the boxes would function like the hull of a ship, providing buoyancy. As the waters rose, the buildings would rise, too, sliding up the pillars and floating on the water’s surface. When the waters receded, the houses would descend to their original positions.

It was an elegant solution, English thought, but not quite what she was looking for. Building a hollow foundation is a major construction project; English wanted to give New Orleanians an easy and inexpensive way to modify their existing homes. In 2006, she founded a nonprofit called the Buoyant Foundation Project and began working with a group of architecture and engineering students to devise a method for retrofitting local homes with amphibious foundations. A typical New Orleans shotgun house sits slightly above the ground, resting atop short piers; the researchers could, they thought, fasten a steel frame to the underside of a house and affix a set of foam buoyancy blocks. Then they could sink posts into the ground and attach them to the corners of the frame, allowing the house to rise up off the piers without floating down the street.

The system was simple and cheap; it could be installed by two reasonably handy people without heavy equipment for between ten and forty dollars a square foot.

English and her students built a full-scale prototype of the system, and in the summer of 2007 they put it to the test. They borrowed some corral panels from the College of Agriculture and built a temporary flood tank around their model amphibious home, pumping in water straight from the Mississippi River. The tank filled with two, three, four feet of water, and the house began to rise. By the time they stopped pumping, it was hovering about a foot above the piers. “It was a religious experience when it lifted off,” English recalled.

The system was simple and cheap; it could be installed by two reasonably handy people without heavy equipment for between ten and forty dollars a square foot. It left a building’s appearance and structure almost unchanged, and it was more resilient than permanent elevation, which can cost two or three times as much and make a building more susceptible to wind damage. “This is not a one-size-fits-all solution,” English said, noting that the system would not provide adequate protection against high-speed waves. “But it’s an excellent solution for some circumstances.”

English became so enamored of the approach that she began to think beyond the bayou. In the past decade, she and her colleagues at the Buoyant Foundation Project have designed amphibious-housing prototypes for low-income, flood-threatened regions in Nicaragua and Jamaica. They have also consulted with indigenous communities in Canada and Louisiana. (English kept her house there after she moved from L.S.U. to Waterloo in 2007.) Thanks in part to the project’s work, the gospel of amphibiation is spreading. Amphibious buildings are popping up everywhere from the UK, where the firm Baca Architects recently built a buoyant, light-drenched, three-bedroom home on an island in the Thames, to Bangladesh, where a master’s student designed a sustainable affordable-housing unit that relies on 8,000 empty plastic water bottles for buoyancy.

Still, amphibious structures remain more an innovative curiosity than a bona fide building trend. It probably doesn’t help that the premise is profoundly counterintuitive. When English first started telling people about her work, they laughed at her. “It seemed so outlandish,” she said. But the biggest hurdles, English told me, are more prosaic. In the United States, federal law requires most homeowners living in high-risk flood zones to purchase flood insurance, but buildings with amphibious foundations are not eligible for the subsidized policies offered by the National Flood Insurance Program. In one of English’s academic papers, she mentions the story of a developer who built an amphibious house in New Orleans, then found himself unable to acquire an NFIP policy; the building remained unsold until he replaced the amphibious foundation with a traditional one.

In 2007, after English began promoting her concept on the Buoyant Foundation Project website, an official at the Federal Emergency Management Agency, which administers the NFIP, wrote to her. He urged her not to release more information about her design and suggested that communities that permitted the floatable foundations could “jeopardize” their “good standing” with the NFIP. A decade later, FEMA continues to maintain that more research is needed. “Although amphibious-building technology is changing, these systems raise several engineering, floodplain-management, economic, and emergency-management concerns,” an agency spokesperson said in a statement. “A technology that relies on mechanical processes to provide flood protection is not equivalent to the same level of safe protection provided by permanent elevation.”

English isn’t giving up. A few months after the conference, she flew to Vietnam, where she is designing two new amphibious houses that are slated to be built in January. She also has a grant from the National Research Council of Canada to begin developing guidelines for amphibious construction that the government can include in its official building code. English and other experts say that opinions about amphibious architecture are beginning to shift, especially as climate change makes innovative building solutions more urgent. “Usually, after a conference presentation, I’ll have people coming up to me and saying, ‘I’ve never heard of this before, this is such a great idea, how can I do this in my community?’ ” English said. “People don’t laugh at me anymore.”

Emily Anthes is an award-winning science journalist and author. Her work has appeared in the New York Times, the New Yorker, the Atlantic, Wired, and elsewhere. Her book Frankenstein’s Cat explores how biotechnology is shaping the future of animals and was published in March 2013. This article was reprinted with permission: A Floating House to Resist the Floods of Climate Change by Emily Anthes/the New Yorker ©Conde Nast. 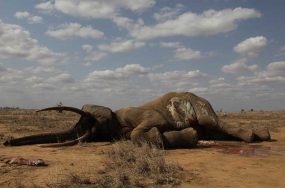 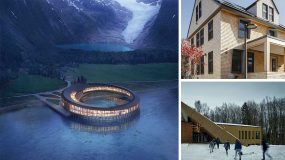