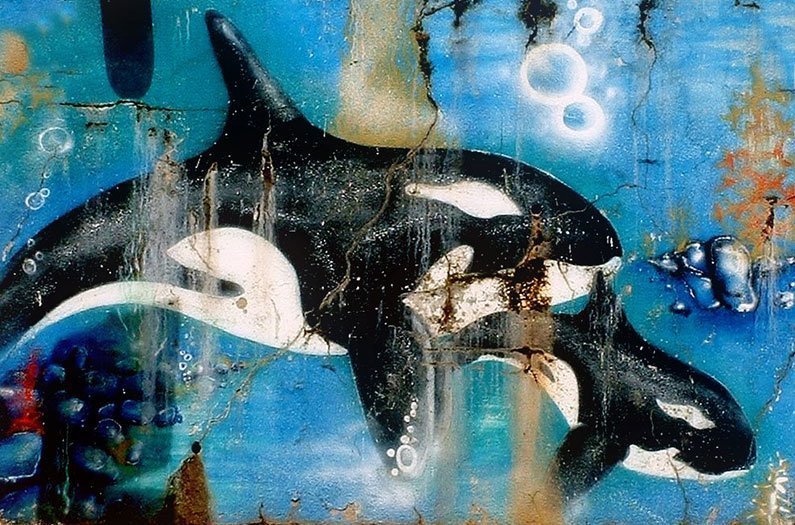 Climate change will increase Southern Resident Killer Whales' exposure to and accumulation of pollutants like mercury and polychlorinated biphenyls (PCBs). The good news is that limiting carbon emissions could minimize this.
By Sarah DeWeerdt
September 18, 2018

It’s been a tough summer for the Southern Resident Killer Whales, three extended families of orcas that ply the waters between Seattle, Washington and Vancouver, British Columbia.

The youngest member of the clan, a female calf born in July, lived for just half an hour. The calf’s mother, known as J-35 or Tahlequah, carried her daughter’s body for 17 days and more than 1,000 miles, a display that to many human observers looked like grief or protest, and mirrored their own emotions. Then, in September, researchers said that a charismatic four-year-old female called J-50 or Scarlet, increasingly ill and emaciated throughout the summer, had disappeared and was presumed dead. That brought the Southern Resident population down to just 74 whales.

The threats these animals face often read as a litany: Vessel traffic and noise through one of the world’s busiest shipping lanes; habitat loss, climate change, and hydroelectric dams contributing to scarcity of the Chinook salmon that make up the overwhelming majority of the whales’ diet; toxic pollutants that magnify up the food chain to reach dangerous concentrations in the bodies of these top predators.

But these problems aren’t separate, they’re synergistic. Climate change will increase the whales’ exposure to and accumulation of pollutants like mercury and polychlorinated biphenyls (PCBs), a team of researchers from the University of British Columbia says in a paper published September 7 in the journal Scientific Reports.

To reach that conclusion, the researchers used computer models to trace the flow of biomass, energy, and toxic contaminants through the food web atop which the Southern Resident Killer Whales sit. They repeated the analysis for different climate change scenarios.

Climate change can alter contaminant levels in part by shifting the abundance of different groups of organisms – for example, in a high emissions scenario, Chinook salmon eat more squid and less small fish like herring. Stresses like climate change can also trigger a phenomenon known as bioamplification, meaning an increased concentration of pollutants in the bodies of marine animals when they lose weight.

Overall, the researchers calculated that if high greenhouse gas emissions continue, the orcas’ concentrations of organic mercury will increase by 8% and PCBs by 3% by the end of the century, compared to a control scenario in which today’s climate remains constant.

Mercury concentrations in the whales are expected to increase, climate change or no – it’s just that climate change will accelerate the accumulation of this pollutant in the orcas’ bodies.

In contrast, the concentrations of PCBs, a group of chemicals that were banned in the 1970s, in the orcas will likely fall substantially over the course of the century. But this will occur a bit less quickly with continued high emissions, leaving the whales more vulnerable to these pollutants for longer. The Southern Residents are among the whale populations with the highest burdens of PCBs in the world.

The good news here is that fighting climate change will also lessen the impacts of pollution on these orcas. Under a low-emissions scenario, mercury concentrations in the whales will only increase by 1% and PCBs by less than 1% compared to the control scenario, the researchers calculated. That’s a small but real glimmer of hope – and, after this summer, a much-needed one.