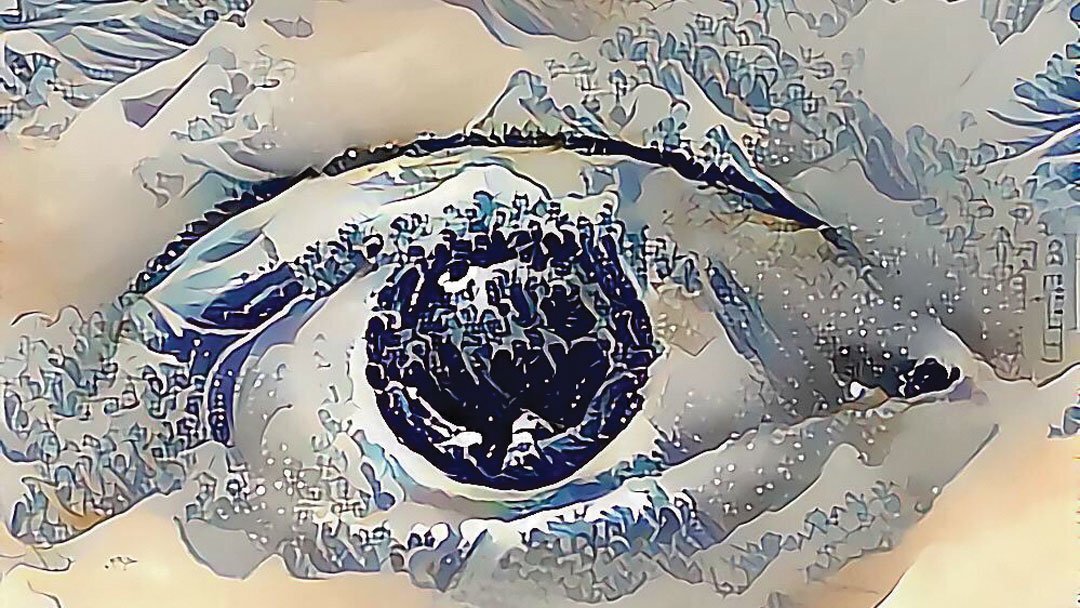 When the nonprofit groups Oceana and SkyTruth unveiled Global Fishing Watch (GFW) in 2014, their idea was to turn the power of “crowdspying”—organized oversight of the environment by the public at large—against rogue fishing fleets. SkyTruth and other environmental activists had already used aerial and space-based surveillance systems to map fracking sites, natural gas flares, and oil spills. Could this new map of fishing-vessel tracks, updated every day and expanded to cover all the oceans of the world, put a dent in illegal, unregulated, and unreported fishing?

The initial results were encouraging. GFW revealed just how vast—and surprisingly unprofitable—fishing is on the high seas. The GFW team even persuaded the Indonesian government to open up its detailed database of commercial fishing activity to public view. But because the GFW system relied on vessels actively transmitting their positions through a collision-avoidance system known as AIS (for Automated Identification System), it was unable to shine much light on the “dark fleet” of commercial ships that run radio-silent yet haul in illicit seafood on an industrial scale.

No longer. In June, Global Fishing Watch unveiled two new features to its interactive map of ship tracks. One allows anyone who visits the site to observe vessels that light up the sea as they fish at night, whether they are broadcasting AIS signals or not. The other highlights likely transshipments, where two boats rendezvous on the high seas to transfer crew, supplies, fuel, or seafood.

Outside of the productive coastal fisheries, most fishing on the high seas is barely profitable.

“Transshipment often occurs out of sight and beyond the reach of any nation’s jurisdiction,” explains Tony Long, the CEO of Global Fishing Watch. “It’s a weak spot in the monitoring and control of fishing activity and can provide cover for illegal fishing and other unscrupulous activity, including smuggling and human trafficking.” Though many of these meetups—including those that move fish from one ship to another—are actually legal, adds SkyTruth CEO John Amos, “most don’t collect data on them—and those that do typically don’t share that data with the public. We hope that bringing public scrutiny to this practice will prompt fishery managers to tighten reporting requirements for those events.” That should make it harder for rogue fleets to shift cargo and crew illicitly.

The new developments build on the rich trove of data that the system has collected since 2014. Fishery scientists have mined those records for insights, producing ten journal articles. A couple dozen more papers are in the works, according to Paul Woods, who leads the group’s technology team.

One study, published in Science in February by a group of researchers from GFW, SkyTruth, Google, and several universities, produced a surprising insight: the footprint of actively fished ocean is even bigger than the footprint of agriculture on land. That conclusion emerged from a neural-network analysis of the movements of 70,000 ships from 2012 to 2016, a period when fishing activity covered 55 percent of the ocean’s surface.

Another study, published in June in Science Advances, yielded an even bigger surprise: outside of the productive coastal fisheries, most fishing on the high seas is barely profitable at best. The analysis, which combined data on fishing activity, vessel characteristics, and seafood-landing records, estimated that total worldwide profits from high-seas fishing in 2014 were at most $1.4 billion—and possibly ran into the red, generating losses up to $364 million. Either way, they amounted to far less than the government subsidies for high-seas fishing, which the researchers put at $4.2 billion. 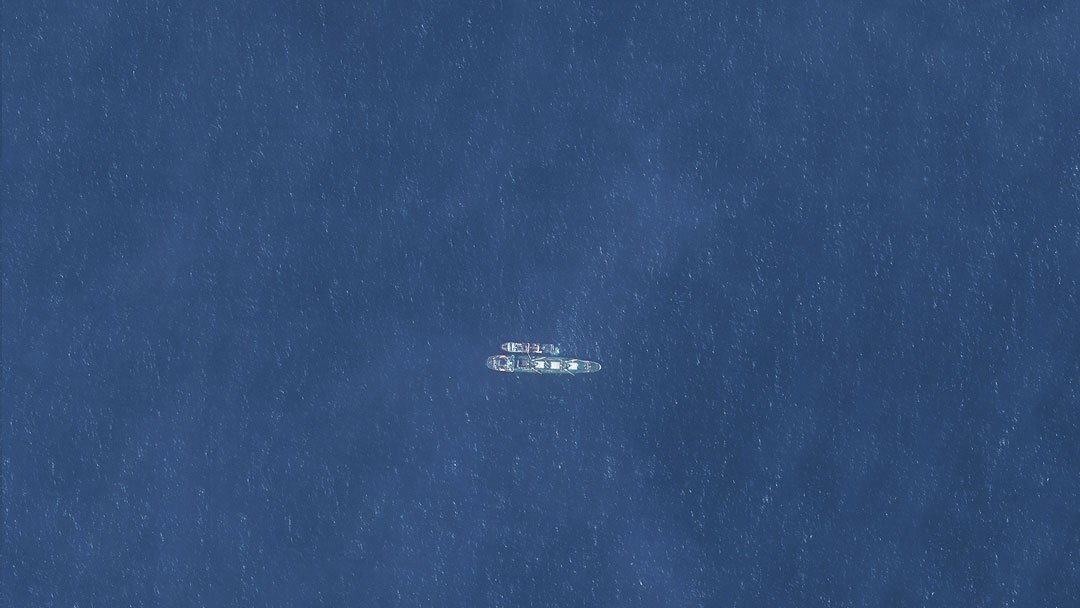 Transshipments, where two boats rendezvous on the high seas to transfer crew, supplies, fuel, or seafood, are a weak spot in the monitoring of fishing activity . . . and can provide cover for illegal fishing, smuggling, and human trafficking.

Moreover, that subsidy total may not fully account for very poor labor practices—sometimes bordering on slavery—that have been documented on deep-sea fishing vessels, Woods says. With high-seas fishing accounting for just six percent of global catch, “this analysis reveals that practically the entire high-seas fishing proposition is misguided … o why don’t we close all of the high seas to fishing?” asked Enric Sala, lead author on the new paper, in a TED talk in April. “Let’s create a giant high-seas reserve two-thirds of the ocean.” Sala argues that the resulting increase in overall fish productivity, including in coastal waters, could boost fishing profits while restoring the health of some of the planet’s largest and most-threatened ecosystems.

To spy on fleets that hunt for creatures (mostly squid) under the cover of darkness, SkyTruth worked with the US National Oceanic and Atmospheric Administration to pull in data from NOAA’s VIIRS instrument, an Earth-facing orbiting sensor that scans the entire planet every day for bright infrared sources such as wildfires and natural-gas flares. Squid-fishing fleets shine bright lights onto the ocean to attract the squid to the surface. VIIRS easily spots them from space.

The system is sensitive enough, Woods says, that “we can even distinguish between North Korean boats, which use much dimmer lights, and Chinese ships that have much more powerful lamps.” The images reveal the intersection between geopolitics and high-seas fishing: the Chinese fleet fishes largely in North Korean waters, which has pushed the North Korean fleet into Russian waters. The Russians apparently tolerate this because squid is not a species of interest to the Russian fishing industry, Woods says.

By comparing the sizes of the squid-fishing fleets that show up via AIS—the only view previously available to GFW crowdspies—with the new view available via VIIRS, Woods and his team were able to estimate that about one in five vessels in these fleets is operating in the dark, without an AIS transponder enabled.

The new view of the dark fleet that GFW offers on transshipments is less accurate because it is based on inference rather than direct observation. “We just detect when two vessels are in a certain proximity for a certain amount of time,” Woods says. Because of the dearth of government reporting on transshipments, “validation is really hard, but by publishing this we have already attracted others who do have good data they are willing to share with us.”

Global Fishing Watch’s new VIIRS layer uses satellite imagery from the US National Oceanic and Atmospheric Administration to reveal the location and activity of brightly lit vessels operating at night. Globally, VIIRS satellites detect 10,000–20,000 boats each night that don’t show up on other monitoring systems. 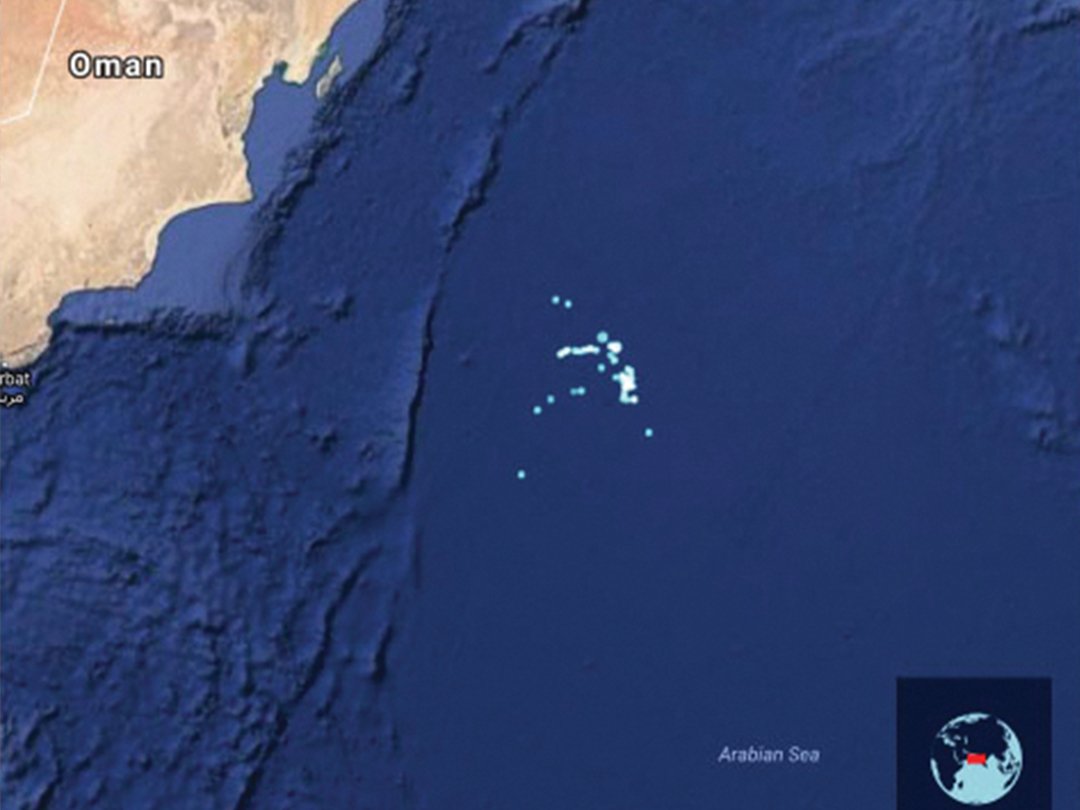 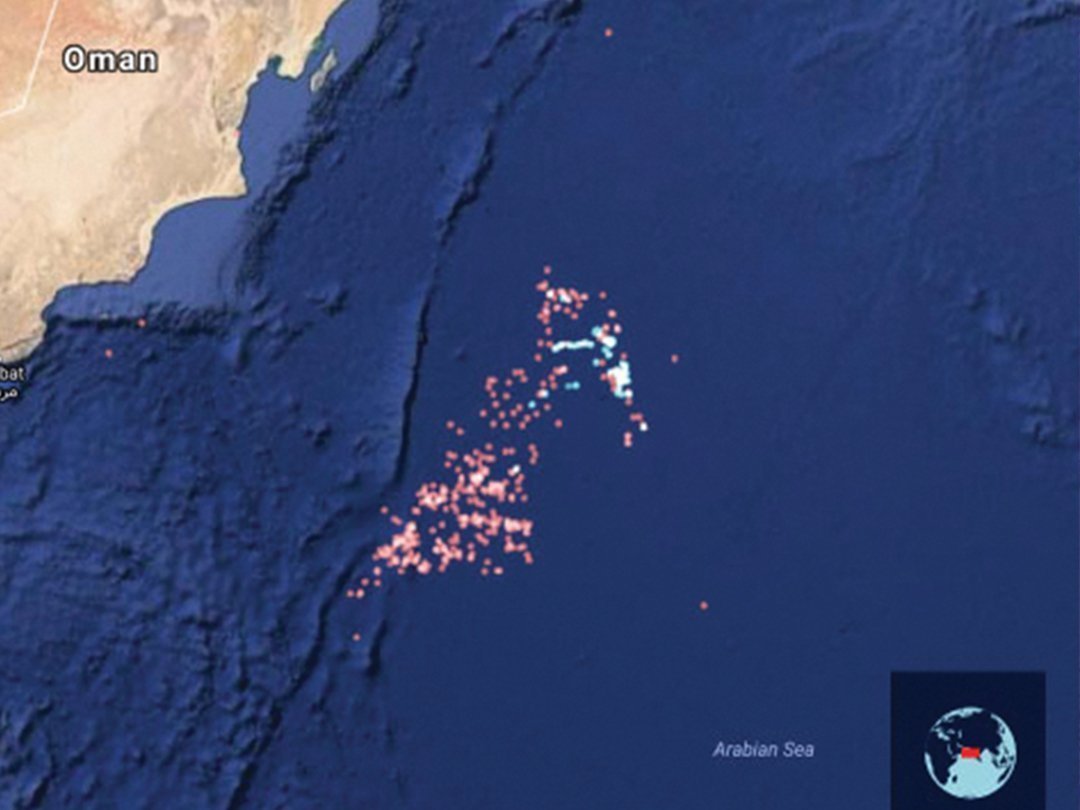 Left/Top Panel: a fleet of fishing vessels in the Arabian Sea, using data from AIS (blue dots), an automated ship-tracking system. Right/Bottom Panel: with the addition of VIIRS data (red dots), the actual size of the fleet is revealed to be many times larger.

An initial analysis of observations from 2012 to 2017 published by GFW last year identified nearly 6,000 likely rendezvous among more than 600 “reefers” (refrigerated cargo vessels) and fishing vessels, with each meetup a possible transshipment of fish at sea. These movements of cargo, even when they are legal, mask the true origin of seafood and frustrate efforts to certify seafood as sustainably sourced. In one dramatic case last August, the Ecuadorean coast guard intercepted a Chinese reefer filled with illegally taken sharks in the waters around the Galápagos Islands. Woods says the GFW team traced the ship’s path all the way back to its port in eastern China and then provided the government of Ecuador with evidence that the ship had met up with four Chinese long-line fishing vessels, spending about 12 hours apparently tied up to each one. According to GFW, the captain of the ship was sentenced to four years in prison, and the owners were fined $5.9 million.

Although that case was a forensic study performed after the illegal haul was discovered, Woods says that GFW is now using its system to proactively monitor ships entering the coastal waters of Indonesia, alerting authorities there of suspicious activity so that officials can intervene.

The next step is tracing accountability from vessel to owner—or, as Woods put it, “building the social graph of high-seas fishing.” Vertical integration is the norm in this industry: one set of investors often owns long-line fishing boats, reefers, refueling vessels, and other support ships—all registered under a variety of flags of convenience and with ownership camouflaged by phalanxes of shell companies. “We’re working now with the Pew Research Center to refine our knowledge of the identities of the reefers and to build a comprehensive database of all the carrier vessels in the world,” Woods says. Once that is in place, investors who engage in patterns of bad behavior can be held to account. 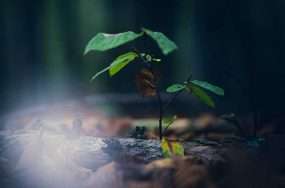 A new study found that carbon, nitrogen and soil density in cleared forests reached 90% of levels in untouched forests after 1 to 9 years. They key was leaving them alone.