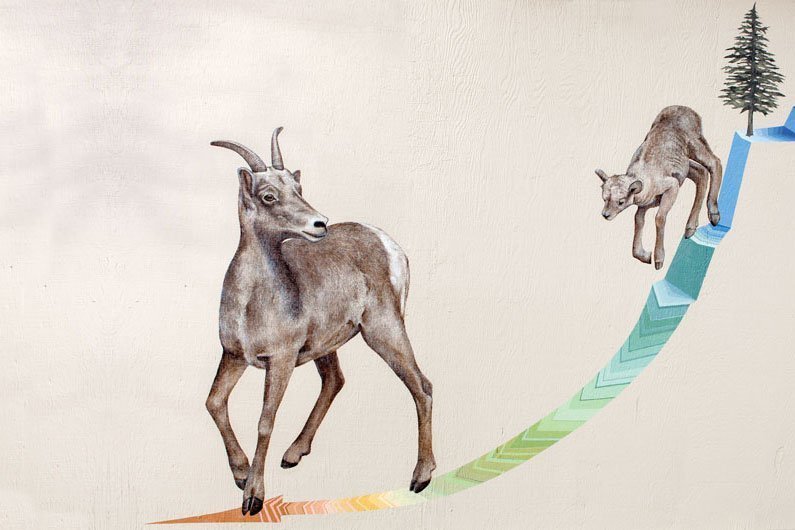 Migration know-how is passed from one generation to the next. What happens when that culture is lost?

Animal migration is usually considered to be instinctive. What individual animals know and the lessons they pass to future generations isn’t much considered. Yet researchers are finding that protecting large mammal cultures may be critical to their future.
By Brandon Keim
September 12, 2018

Animal migration is usually considered to be a mostly instinctive behavior. They feel some innate pull, set off across the landscape, and that’s it. What individual animals know and the lessons they pass to future generations isn’t much considered — yet these may play a vital role in migrations of sheep, moose, and other large mammals, and be of crucial importance to their future.

“Conservation of existing migration corridors, stopover sites, and seasonal ranges not only protects the landscapes that ungulates depend on,” write researchers in the journal Science. “Such efforts maintain the traditional knowledge and culture that migratory animals use.”

Led by biologists Brett Jesmer and Matthew Kauffman of the University of Wyoming, the researchers are not the first people to think of animal migration this way. Indigenous Arctic dwellers, for example, long forbade the hunting of caribou considered to be the leaders and knowledge-keepers of their herds, and scientists have described memory and social learning in bison, white-tailed deer, and other ungulates.

Empirical evidence, however, was lacking — until Jesmer and Kaufmann’s team affixed GPS collars to nearly 400 bighorn sheep and moose and tracked the animals as they followed the so-called “green wave,” the flush of vegetative growth that follows spring’s arrival, between their winter and summer lands.

Some belonged to communities whose local roots could be traced for more than a century; they migrated efficiently, finding the best feeding sites at the right times. Others were just a few generations removed from animals reintroduced by conservationists; they too migrated, though not so skillfully. And some of the tracked animals were recently reintroduced; they didn’t migrate at all, unless there were other, more experienced animals around.

“These results demonstrate that ungulates accumulate knowledge of local phenological patterns over time via the ‘ratcheting effect,’” wrote Jesmer and Kaufmann’s team. “Each generation augments culturally transmitted information with information gained from their own experience, a process known as cumulative cultural evolution.” The researchers estimated that about a dozen generations is required to develop a rich migratory culture from scratch.

In a commentary accompanying the study, ecologist Marco Festa-Bianchet of the University of Sherbrooke discussed the implications of these findings for conservation. Attempts to reintroduce migratory mammals — not just the bighorn sheep and moose from the study, but other ungulates to whom the results likely apply — might not just fail because of habitat or poaching issues, but because the necessary knowledge isn’t there.

Conversely, protecting that knowledge is crucial in a time of rapid environmental change. “Once local traditions are lost,” writes Festa-Bianchet, “it may take decades before they are reestablished.” And perhaps these insights will help people empathize with migratory ungulates. After all, it wasn’t so long ago that the same cultural mechanisms guided our own ancestors across the land.