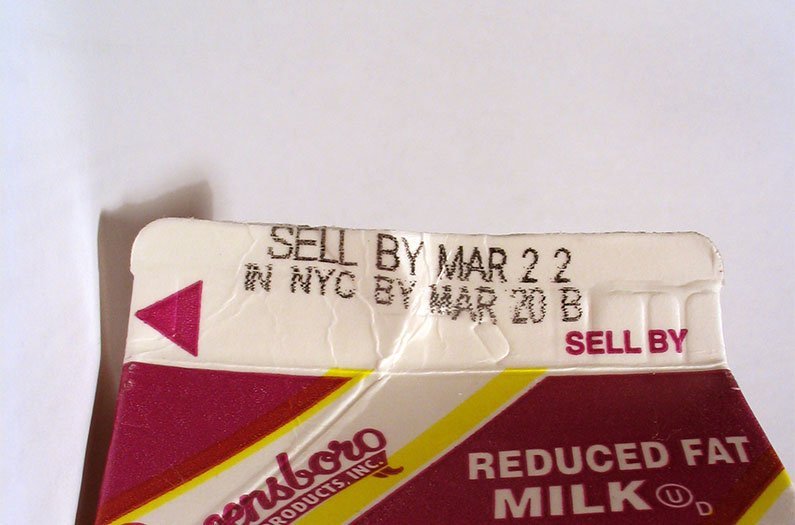 We waste way too much milk. Here’s how to extend its life.

New findings about the precise conditions that make milk spoil could save millions of gallons of discarded milk and reduce food waste.
By Emma Bryce
September 14, 2018

Scientists have developed a model that could precisely pinpoint when milk goes bad–providing a more scientific way of gauging freshness than the unreliable sniff test which most of us use. This new method also has the potential to rescue thousands of gallons of milk from disposal, helping to tackle the enduring environmental impact of food waste.

The researchers, from Cornell University, explain in the Journal of Dairy Science that they focused their study on psychrotolerant spore-forming bacteria, a group of microorganisms that can withstand the pasteurisation process in milk production. When these bacteria germinate and multiply inside the creamy liquid, they cause the sourness and bad smell that develops when milk goes off. But with the help of a simulation, the researchers have identified a set of precise conditions that can reign in the milk-spoiling activity of these disruptive bacteria.

Namely, they found that milk stored at just slightly lower temperatures had a dramatically prolonged lifespan, compared to milk stored in a regularly-cooled fridge. When milk was stored at 6 °C, roughly 66% of it went off after 21 days, the scientists’ analysis showed. But, taking down the temperature by just 2 °C reduced that spoilage rate to a mere 9% within the same period. This stark difference suggest that simply cooling the milk a little more–a relatively easy step to take–makes the habitat uncomfortable for the spore-forming bacteria, which curtails their rampant spread. Chilling the milk at this lower temperature also extended its lifespan by another nine days, a crucial factor because that would expand the window of time within which consumers could use their milk–in turn reducing waste.

The short-term value of this predictive time-temperature model is that it gives some detailed insight into a process that is typically vague and hard to predict. But the bigger impact is that by identifying some of the precise parameters that limit bacterial growth, the researchers’ study might one day be used to build much more detailed predictive tools that analyse many other parameters to reveal precisely when milk–and even other foods–will spoil. Based on their foundational research, the researchers think that in the next five to eight years milk cartons might for instance display something like a barcode: when scanned, this barcode would reveal information about the many factors that went into the production of that carton, and combine those factors to come up with an accurate prediction telling the consumer when the milk will go off.

For now, that’s just hypothetical, but the study’s findings move things towards that goal. To build their milk simulation the researchers identified 14 spore-forming bacteria subtypes, and characterised how well they would germinate and spread in conditions of 6 °C. By measuring the growth curves of each one under these conditions, and factoring the data into a model, they were able to prove that slight temperature shifts are a crucial factor in the development of these bacteria.

The study reminds us that for consumers, judging the freshness of milk is a highly subjective thing, whether we use the sniff-test or a sell-by-date printed on milk cartons (which is misguided in any case, because it doesn’t indicate when milk turns bad–typically just when retailers have to sell it by.)

By taking that subjectivity out of the equation, a predictive tool might not only save consumers’ money, but also reduce the 20% of dairy products that are discarded globally every year, and which clog up waste systems and pollute landfills. As the researchers put it: “The goal of this research was to put good science to use, reduce food waste and reduce food spoilage.”