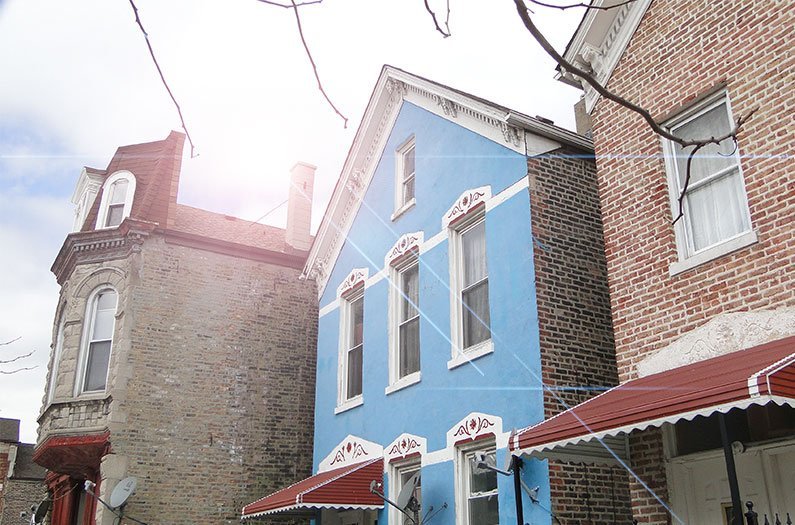 Why the poor need green roofs the most

Green roofs are often installed on top of City Hall or in other high profile locations, but low income neighborhoods may stand to gain the most significant benefits from this technology.
By Sarah DeWeerdt
September 11, 2018

Heat is the deadliest weather. Between 1986 and 2015 an average of 130 people per year died from excess heat in the United States, about one-fifth of all natural hazard deaths.

And heat waves are expected to become more frequent and severe with climate change. In Chicago, a 1995 heat wave that was responsible for 700 deaths was unprecedented in 123 years of temperature records. But if high greenhouse gas emissions continue, such conditions are expected to occur every other year by mid-century and three times a year by 2100. Even in a low-emissions scenario, a heat wave of similar intensity is likely to occur twice a decade by the 2050s.

City planners are increasingly interested in green roofs to provide relief from urban heat. Green roofs can insulate buildings, reduce electricity consumption, provide shade and green space, and cut air pollution. In 2008, the Chicago Climate Action Plan set a goal of having 6,000 green roofs installed throughout the city by 2020.

But where should green roofs go in order to maximize their benefits?

A team of researchers from Notre Dame University tackled this question in a paper published September 6 in Environmental Research Letters. They found that while green roofs are often installed on top of City Hall or in other high profile locations, low income neighborhoods stand to gain the most significant benefits. “Thus, efforts to mitigate heat impacts, such as implementation of green roofs, offer solutions to environmental justice issues as well,” the researchers write.

They used computer models to determine how much green roofs could ease the heat in different parts of the city. This depends on factors such as the size and shape of buildings, and local weather patterns like the proximity of cooling breezes from Lake Michigan.

To do this, they analyzed an array of 28 socioeconomic and demographic factors. For example, low-income communities with a large proportion of residents who are elderly, chronically ill, have limited English proficiency, and rent their homes tend to be most affected by heat.

Finally, the researchers mapped electricity usage based on City of Chicago data to determine where green roofs could have the biggest impact in reducing electricity use from air conditioning. This helps the resilience of the city as a whole by reducing strain on the electrical grid and preventing brownouts – which can disrupt drinking water, transportation, and health care services.

Nevertheless, the researchers were able to identify a number of neighborhoods on the South Side and West Side of the city that had higher than average heat vulnerability, electricity use, and potential temperature reductions from green roofs. They tagged these areas as high priority for green roof installation.

In the analysis, neighborhoods with higher than average heat vulnerability and potential temperature reductions are considered medium priority for green roofs, even if they do not have high air conditioning use. In areas where vulnerability to heat is high but green roofs are not likely to reduce temperatures very much, city planners could implement other strategies such as opening cooling centers.

A similar method could be used to plan where to install green roofs in other cities, or to determine the best places for other green infrastructure like green walls, urban forest, permeable pavement, and cool roofs, the researchers say.