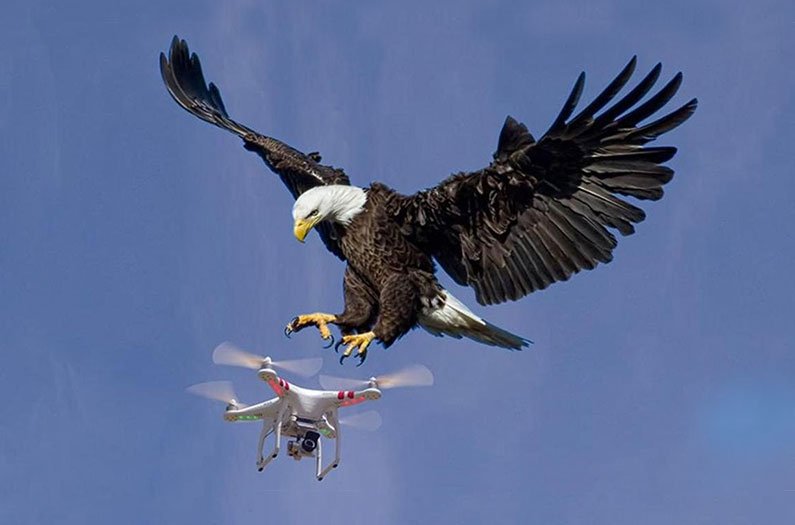 Will smart machines be kind to animals?

Within decades, autonomous machines will be found throughout Earth’s environments —everywhere, really, that humans are found, and perhaps even places we’re not. Much attention is given to how those machines will interact with people; far less is paid to their impacts on animals.
By Brandon Keim
October 10, 2018

With a few decades, autonomous and semi-autonomous machines will be found throughout Earth’s environments, from homes and gardens to parks and farms and so-called working landscapes — everywhere, really, that humans are found, and perhaps even places we’re not. And while much attention is given to how those machines will interact with people, far less is paid to their impacts on animals.

Current technologies provide a cautionary to what happens when machines are developed without thought to animal well-being. Wind turbines, for example, were designed and implemented with little thought the birds and bats threatened by their blades. Billions of creatures are killed by cars every year, a carnage that could be reduced if self-driving vehicles are programmed to avoid striking animals.

In a paper published in Paladyn, Journal of Behavioral Robotics, Bendel describes approaches to programming three animal-friendly machines: cars that brake for certain animal species, ladybug-avoiding vacuum cleaners, and a camera-carrying drone that photographs animals without disturbing them. (The vacuum is in prototype stage; the other projects are still conceptual.)

At the heart of their programming is what Bendel calls “an annotated decision tree, containing moral assumptions and justifications” — a set of yes-or-no propositions that guide a machine’s responses. For the drone, this begins by determining whether an object on the ground is human or not; if not, whether it’s plant or animal; if an animal, what kind; and whether it’s easily disturbed. That in turn dictates the height at which recordings are made.

Decision trees can branch extensively. A car’s computer might fine-tune decisions according to the size and conservation status of an approaching animal, road and traffic conditions, the risks posed by braking, and so on. That said, “relatively simple rules are sufficient” for many contexts, says Bendel, and there are many potential applications beyond those investigated in his classroom.

Agricultural harvesters might avoid harming the animals in their path. Automated weeders can spare insects and even protect weeds of particular benefit to wildlife. Forestry machines could spare hollow trees that provide homes to animal homes. Surveillance and transport robots should try to avoid animal conflict. The possibilities are as rich as the situations in which autonomous and semi-autonomous machines will be used.

The decisions become more difficult “when there are several problems, when the problems change according to time of day and season, and when there are problems that occur in a complex environment,” says Bendel. Sensors are extremely important, too: an artificial intelligence is only as good as its data. And though decision trees might be relatively simple, the programming is complicated.

All the more reason to start working on these problems now — although the greatest obstacles may not be technical, but rather the value ascribed to animal lives and the willingness of machine makers and users to protect them. “When companies discover the possibility of implementing animal-friendly machines, they will indeed take very different approaches,” Bendel says. “They will think of their customers, and these are different in each country.” The machines of the future will undoubtedly be smart — but whether they’re also kind is up to us.