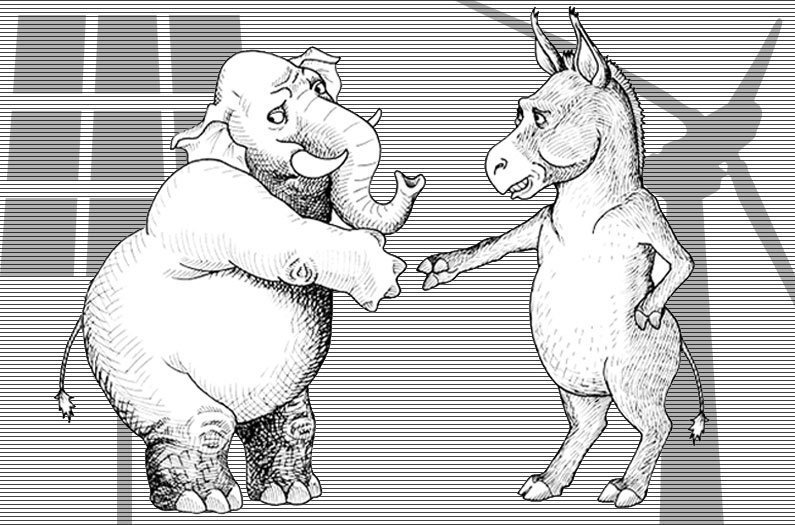 The key word is self-sufficiency. Voters on both sides of the aisle agree that rooftop solar panels and energy conservation are a financially wise move and a step towards being able to take care of yourself.
By Prachi Patel
October 25, 2018

The US is more politically divided than it ever has been. It is hard for Democrats and Republicans to find common ground, certainly not on environmental issues. But people across the political spectrum favor renewable energy, new research confirms.

The study, published in Environmental Politics, found that the key word is self-sufficiency. Voters on both sides of the aisle agree that rooftop solar panels and energy conservation are a financially wise move and a step towards being able to take care of yourself.

Renewable energy is considered a partisan issue in the US. Those on the political left are generally thought to support and renewable energy much more so than those on the right. But a 2016 Pew Research Center study has shown that 83 percent of Republicans and 97 percent of Democrats like solar farms. Both red and blue states also support energy efficiency and carbon-cutting policies. And as the cost of solar power has gone down, the demographics of solar buyers are changing.

Since Republicans usually show little support for environmental concerns, sociologists Christine Horne and Emily Kennedy wanted to find out what is behind conservative support of renewables.

So the researchers conducted face-to-face interviews with 64 registered Democrats and Republicans in Washington state. The participants came from different economic levels, backgrounds and geographical areas. The researchers also conducted an online survey to ask people what they thought of families around them who had installed solar panels on their homes.

Republicans described taking pro-environmental actions—such as owning a hybrid or installing solar panels—to save money. Many did not see a connection between environmental protection and solar panels. They viewed investing in renewables as a wise use of resources, and a way to be frugal and self-sufficient.

The findings have implications for increasing household investment in and support for renewable energy. “Marketing renewable energy as a way to be more self-sufficient is a message that would appeal to both liberals and conservatives,” Horne said in a press release.