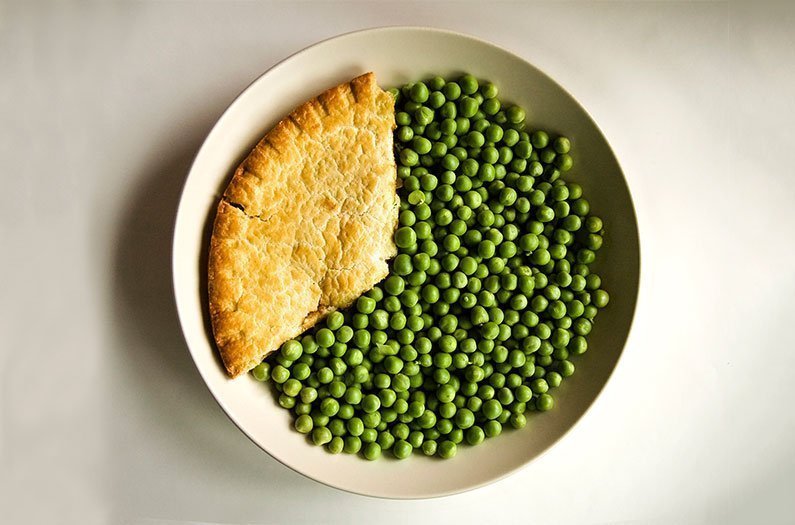 But this discovery could provide an opportunity to shift agriculture towards more sustainable food products that harm the environment less.
By Emma Bryce
November 9, 2018

Nutritional guidelines constantly tell us we should be shifting to healthier diets containing more fruit and vegetables. But even if we wanted to, we don’t currently produce enough of that fresh produce on the planet to feed everyone a healthy diet, a new study finds.

However, we can fix this shortfall in a way that would benefit the environment, too: if we made a global shift to healthier diets and our farming practices followed suit, it could reduce global greenhouse gas emissions and free up millions of hectares of land, compared to our current dietary trajectory, the PLOS One paper shows

The study, led by the University of Guelph in Canada, measured how recommended diets matched up with the actual quantity of food we’ll be producing by 2050 to feed 9.8 billion people. When measured by calories, it showed that we’re producing far in excess of what we really need.

But, split up by food type, according to the requirements of a healthy, balanced diet, globally we’re producing way too much in the way of sugar, grains, and fat–and way too little fruit and veg, the researchers’ analysis revealed.

This was shown by way of ‘servings’, a measure that dietary guidelines use to illustrate how many daily portions of each food type we should consume. Compared to the recommended 15 servings of fruit and vegetables we should be consuming each day, we’re only producing just enough globally to give us a third of that–just five servings. Comparatively, we produce enough grain to feed everyone 12 servings a day, when we need only eight. We also produce three times the amount of fat that the average diet requires.

But if global agriculture adapted to meet dietary guidelines, it wouldn’t only improve global health but also drive big changes in land-use and emissions, too.

But there’s a catch: typical nutritional guidelines also recommend that alongside a greater share of fruit and veg, a healthy diet should contain a certain quantity of animal proteins–like dairy and meat. If that’s extrapolated to fulfill the diets of 9.8 billion people by 2050, it leads to an increase in land-use and greenhouse gas emissions: more livestock would need more pasture, and more grain would have to be farmed to feed them all. (Currently, many countries in the world don’t have access to enough protein, which is probably why in an ideal future, where a healthy balanced diet becomes accessible to all, this figure suddenly jumps up.)

However, we can remedy this impact by reducing that share of animal protein to just 20% in the average diet, and replacing the rest with plant-based proteins instead, the researchers say. That will again increase the share of land devoted to growing plants for protein–so to further reduce this impact the researchers suggest we start looking to still other more novel protein sources, like algae, fungus, and insects which could more sustainably plug that protein gap.

We could also look to new, innovative farming technologies being developed to increase the yields of fruit and veg on smaller plots of land. Another potential solution is halving food waste at the household level, which would save an incredible 100 million hectares of land, the researchers say.

Ultimately, we may rely on all of these solutions to help us calibrate our future agricultural and dietary needs with those of the environment. And if we accomplish that, it would bring us so much more than just a bounty of fruit and vegetables, the researchers say. “Such a transition would reduce global [greenhouse gas] emissions, better support ecosystem services and biodiversity, and have significant benefits for human health.”