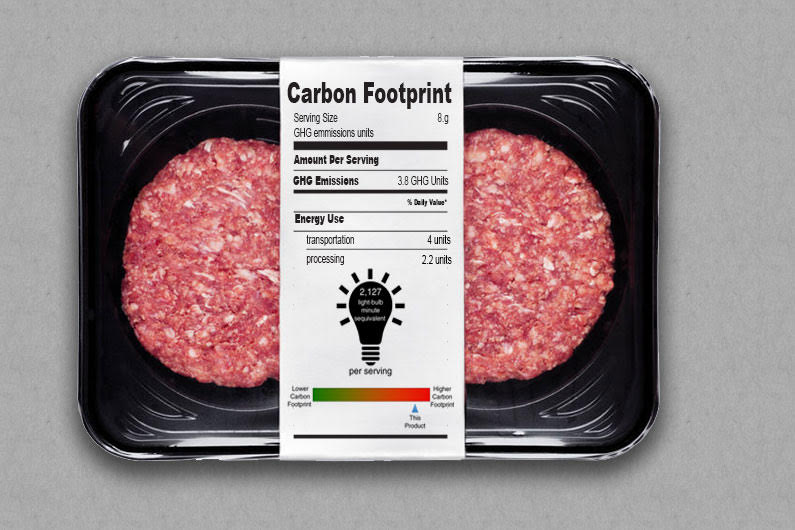 Armed with information, consumers do make better choices for the planet

If consumers are given sustainability information on food labels, they’ll make greener dietary choices that benefit the environment, a new study proves.

Getting people to change their diets is now recognised as one of the most powerful ways to bring down humanity’s collective carbon footprint. Agriculture produces up to a third of global greenhouse gas emissions, due to factors like the high quantities of gas-emitting fertilizer applied to cropland, and the huge amounts of polluting methane and manure arising from livestock farms. Transporting food also requires large amounts of energy.

But in the Nature Climate Change study–made up of two parts–researchers showed that a group of more than 1000 consumers consistently underestimated the greenhouse gas impact and the energy consumption of 19 different food products.

While these participants did usually understand that foods like beef had a higher impact than, say, vegetables, typically they didn’t show a grasp of just how much greater that impact was. In particular, consumers underestimated the impact of red meat by the widest margin, despite it having a greater footprint than probably any other food. “The worrying implication of this finding is that the typical consumer is unaware of the benefits that can be obtained by shifting away from high-energy and high-GHG-emission options,” the researchers write. But they see this “blind spot” as an opportunity for intervention.

That’s where the second part of their study came in. The researchers gave another 120 participants the choice to ‘buy’ tins of beef and vegetable soup, which each displayed a label reflecting its true environmental impact. This represented the food’s cost in two ways: with a green-to-red scale of climate impact, and with a measure of light bulb minutes that showed the energy required to make each product. (For comparison, the impact of beef soup was roughly 10 times larger than vegetable soup.) The analysis showed that when people were armed with this information, they ended up buying more of the vegetable than the beef soups. That suggests they were driven by the available information to make a greener choice. More broadly, it highlights the power of awareness to shift diets in environmentally-beneficial ways, the researchers say.

The study also compared how participants rated the impact of food, with how they rated the impact of 18 household appliances like laptops and microwaves. Overall, people underestimated both. But interestingly they underestimated food’s impact much more so than appliances. The reason for this shortfall may be that the environmental impact of appliances is very visible to us: they often feature energy labels, and their electricity consumption gives us a way to gauge their environmental costs. By comparison, the impacts of food–such as emissions from fertilizers, deforestation, and transport–are part of a long invisible trail that we don’t see or consider when it’s finally on our plate.

Keeping this information hidden represents one huge missed opportunity to help people make the greener dietary choice, the researchers say. And while they realise that knowledge isn’t everything–decision-making depends on other factors too, like financial costs and personal values–it’s still an important starting point for change.

Environmental ratings on food do already exist, but if used more commonly, the researchers believe they could become an unexpectedly powerful tool for helping shift diets towards the planet’s advantage. “The choices we make at the dinner table can have a significant impact on global challenges such as climate change,” the researchers say. “And our research shows consumers are keen to make that choice.”