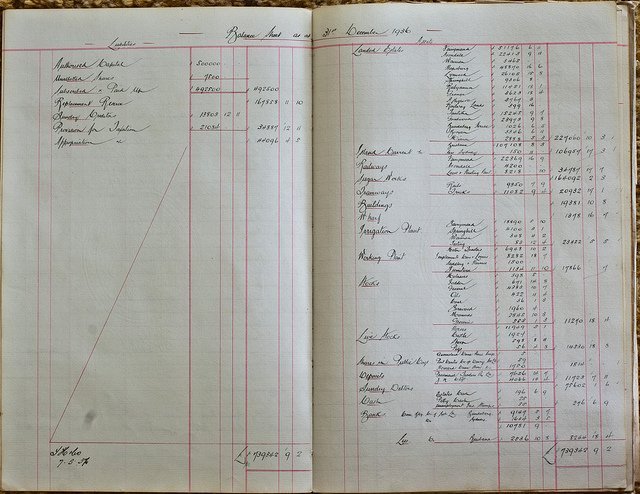 Investors are increasingly demanding that corporations disclose the likely impacts of climate change on their business and make plans to address them. But so far, what companies have come up with is largely inadequate to the scale of the challenge.
By Sarah DeWeerdt
December 11, 2018

Heat waves that increase server farms’ air conditioning costs. Hurricanes and typhoons that disrupt global supply chains. Climate change is, quite literally, risky business. This awareness is spurring investors to demand that corporations disclose the likely impacts of climate change on their balance sheet and make plans to address them.

But so far, what companies have come up with is largely inadequate to the scale of the challenge, according to an analysis published yesterday in Nature Climate Change.

A U.S.-U.K. team of researchers analyzed the text of climate change plans prepared in 2016 by 1,630 companies, including many large multinational corporations. The study represents the first comprehensive analysis of climate risk reporting across multiple industries and sectors of the global economy.

The companies reported risks from droughts, floods, and changes in precipitation patterns; tropical cyclones; and changes in average and extreme temperatures. Two-thirds of risks identified were pegged as ‘more likely than not’ or ‘virtually certain’ to occur, and more than half of companies said that they expect climate change to increase their costs or disrupt production capacity. So while many companies may prefer to remain hush-hush about climate change in public, the actual bottom-line is that outright climate denialism isn’t very prevalent in the business world.

The researchers sorted companies’ strategies for managing the impacts of climate change into three categories: ‘soft’ strategies such as conducting risk assessments and updating emergency response plans; ‘hard’ approaches that involve capital investments in technology or infrastructure such as flood control and air conditioning; and ecosystem-based adaptation such as grasslands restoration, sustainable agriculture and forestry, or conservation of coastal ecosystems.

The researchers also identified five ‘blind spots’ of corporate climate change planning. First, corporations have a tendency to underestimate the magnitude and potential cost of climate change risks. Second, they only consider direct impacts to business operations rather than taking into account broader risks, such as projections that climate change will reduce people’s income and thus drive down global demand for goods and services.

Third, most companies report only the up-front cost of climate change adaptation measures. Few calculate the return on investment, the relative cost effectiveness of different strategies, or the cost of doing nothing. Relatedly, they mostly ignore the huge win-win potential of ecosystem-based adaptation. This strategy is currently in use by only 3.3% of companies, and is “likely to remain largely untapped until the costs of all strategies are better articulated,” the researchers say.

And finally, most corporate adaptation strategies assume that climate change risk is basically linear. But science increasingly suggests the existence of ‘tipping points’ – such as sudden permafrost thaw, ice sheet loss, or Amazon forest die-back – that could pose outsize risks to businesses and to society as a whole.

The fact that corporate reporting of greenhouse gas emissions has become widespread and routine in recent years suggests that corporations could also learn how to accurately gauge and respond to climate change risk, the researchers say. This may require new partnerships: some companies may be interested in ecosystem-based adaptation, but simply don’t know how to carry it out, for example.

For now, though, “companies’ disclosures on climate risk reveal a preference for incremental or reactive adaptation strategies,” the researchers write. Companies cling to the language of risk management and “too often translate the complex challenge of climate change into solutions that align with business-as-usual practices.”