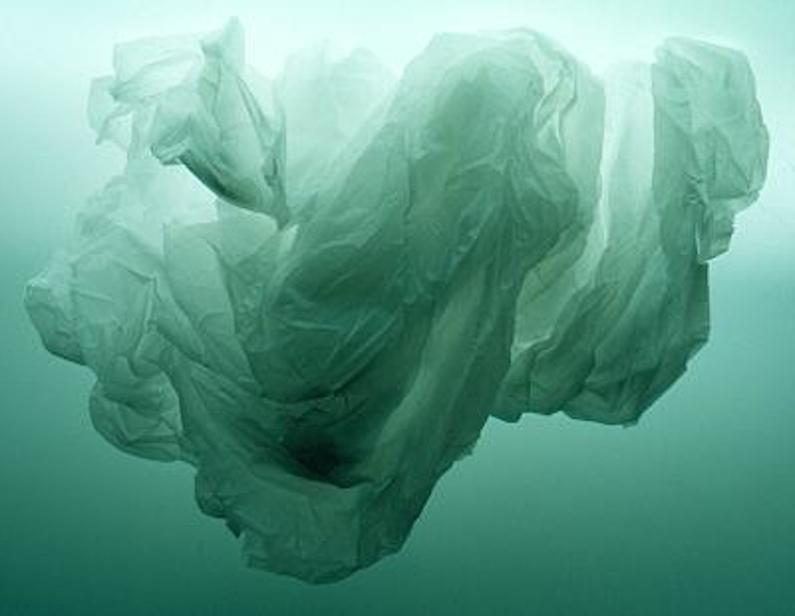 Around 8 million metric tons of plastic are estimated to enter the oceans every year. But the oceans could provide a solution to this plastic pollution problem. In a new study published in Bioresource Technology, scientists report that certain salt-loving microorganisms could eat seaweed and produce biodegradable plastics in a sustainable fashion.

While traditional plastics are derived from petroleum, bioplastics are a sustainable alternative made using plant matter as raw material. But growing plants requires large amounts of land, freshwater and fertilizer. Bioplastics made from low-cost, ideally waste materials, would be much more sustainable. And the new seaweed-based degradable plastic fits the bill. It could be sustainably produced in large quantities offshore from non-food sources, its developers at Tel Aviv University say.

Commercially available bioplastics are made of a fully degradable polymer called polyhydroxyalkanoate that is naturally produced by bacteria or other microorganisms by fermenting sugar or fats. The microbes are usually fed vegetable oil, or pure carbon sources such as glucose, which is derived from corn or sugarcane.

The researchers from Tel Aviv University used single-celled microbes called Haloferax Mediterranei instead. These have been shown to produce PHA in salty water. But researchers have previously cultivated the microbes on traditional biomass sources.

The Israeli team used seaweed as a feedstock instead. They fed seven different species of seaweed to the microbe. The microbes produced the most PHA when fed the Ulva lactuca, also known as sea lettuce, the researchers found.

The results could lead to a sustainable and environmentally friendly method to produce bioplastics and bioenergy from offshore-grown biomass, the researchers write.

“We are now conducting basic research to find the best bacteria and algae that would be most suitable for producing polymers for bioplastics with different properties,” environmental and earth science professor Alexander Golberg said in a press release.