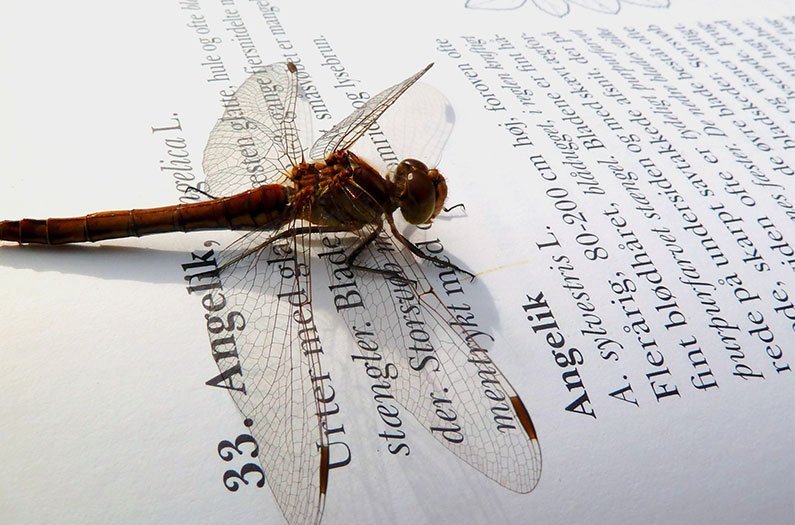 Insects are disappearing . . . from biology textbooks

Insects are not only vanishing from ecosystems; they’re also becoming scarce in college biology textbooks.
By Brandon Keim
January 9, 2019

In recent years scientists have described alarming declines in insect populations around the world. Yet insects are not only vanishing from ecosystems; they’re also becoming scarce in college biology textbooks.

“Textbooks frame the knowledge of future generations,” write biologists Jennifer Landin and Kirin Gangwani in the journal American Entomologist, and those used today “do not give insects the attention warranted by their abundance and relevance to human life.”

Yet in their analysis of 88 widely-used introductory biology textbooks published between 1907 and 2017, Landin and Gangwani found that content dedicated to insects has decreased precipitously. Texts published since 2000 contain 75% less insect-related material than those published before 1960; the average modern text now allots just 5.67 pages to insects, accounting for a mere 0.59% of book content.

In contrast, textbooks from early in the 20th century devoted an average of 32.6 pages to insects, representing 8.8% of total content. And when bugs do appear in modern texts, there’s an overabundance of grasshoppers and butterflies. Grasshoppers account for just 2% of insect species but roughly one-fourth of insect images; they appear more frequently than do beetles, which comprise a whopping 37% of all insects.

What’s more, “language in textbooks has become sterile,” say Landin and Gangwani. Whereas descriptions of insects were once emotionally loaded — often with abhorrence, but sometimes “full of admiration” — the tone is now dull. “Even insects’ crucial presence in ecosystems is presented in a detached manner, as if humans are not also a part of those ecosystems,” write the researchers.

Read more:  Baker’s yeast may be the unexpected solution to beer’s sustainability problem

They place these trends within a larger underrepresentation of insects in science, and also a decline in appreciation for both biodiversity and natural history. Pages once devoted to animals and plants are now reserved for genetics and cell biology. The effect is one of detachment from nature in general and insects in particular, as basic ecological facts are obscured and misconceptions — such as the belief of many middle school students “that insects live only on or under the ground” — go unchallenged.

It’s a “troubling prospect,” write Landin and Gangwani, “because human activities are directly and indirectly contributing to sharp declines in insect abundance and diversity all over the world.” Biology textbooks may leave future generations ill-equipped to even recognize the problem, much less solve it.