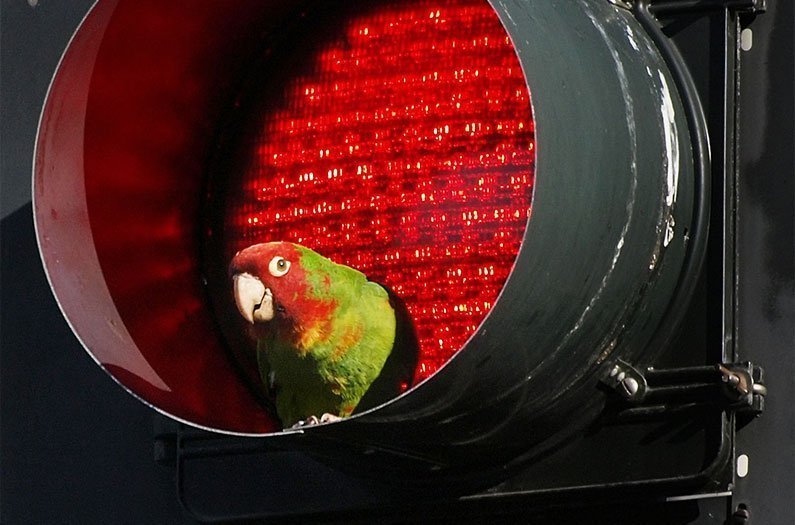 To help endangered animals, move them into cities

In a world disrupted by climate change and habitat loss, we should recognize that non-native biodiversity in cities could make sense as a strategy to avoid the loss of major evolutionary lineages.
By Brandon Keim
January 23, 2019

“We have created urban habitats that no native species, but some non-natives can and will fill,” writes Brad Shaffer, an ecologist and evolutionary biologist at the University of California, Los Angeles, in the journal Nature Sustainability. “Should we wait and see what species show up, or should we be proactive and actually consider intentional introductions before species arrive on their own?”

Long seen as being nature-poor, cities are increasingly understood as potentially rich and abundant hosts of nonhuman life. Ecological niches abound for creatures who can tolerate human disturbance. Often these are historically non-native species who, transplanted by accident or irresponsibility, adapted to new circumstances or found conditions similar to those in which they evolved.

Red-eared slider turtles, now found in urban waterways across North America, are descended from unwanted pets. One-third of the reptile and amphibian species living in Miami can be traced to shipping stowaways and escapees from captivity. European starlings populated the New World after their release in the 19th century by a German immigrant fixated on establishing populations of birds mentioned in Shakespeare’s plays.

Starlings and red-eared sliders, still common in their historical ranges, are hardly conservation darlings — but sometimes the newcomers are endangered. There are more red-crowned Amazon parrots in Los Angeles than remain in their native Mexican home. Green and gold bellfrogs, vulnerable in their dwindling range along Australia’s southeastern coast, are thriving in New Zealand.

“These populations ensure that the species will not go extinct,” writes Shaffer. “What’s more, they are living as wild, unmanaged populations, not in zoos or under captive management.” Given the conservation potential and the fact that accidental species relocation occurs so readily, why not try to manage the process?

Ecologists and conservationists might “analyse a global set of appropriate candidate species, and determine those that could thrive in a given city” and that local residents will accept, writes Shaffer. This would mean promoting the presence of non-native species — something that, he concedes, runs counter the native-versus-intruder dichotomy that underlies mainstream conservation.

“In no way is this a proposal that we normalize non-native species and welcome them all with open arms,” Shaffer writes. “Rather, it is a proposal that in a world disrupted by rapid climate change and habitat loss, we should recognize that non-native biodiversity in cities could make sense as a strategy to avoid the loss of major evolutionary lineages and as a source of wonder and inspiration.”

Such plans would also need to account for urban dwellers whose relationship to nature involves care for common and individual animals, not just species. Cities have, for the most part, been exempted from growing controversies over the practice of killing common animals to protect rare ones — something that could change if cities are used as havens for endangered transplants.

In short, Shaffer’s idea is complicated. Then again, conservation in a climate-changed world of 8.5 billion people is complicated. “We can also embrace the unique ecosystems that we create,” writes Shaffer, who concludes with the example of Hawaii’s newly-established gold dust day geckos, a common species originally native to Madagascar.

At least 43 other lizard species could have filled that same niche. “Could we have had the critically endangered Phelsuma anatanosy, or any of the other 19 declining species of the genus,” asks Shaffer. “No one explicitly asked that question. Going forward, perhaps we should.”