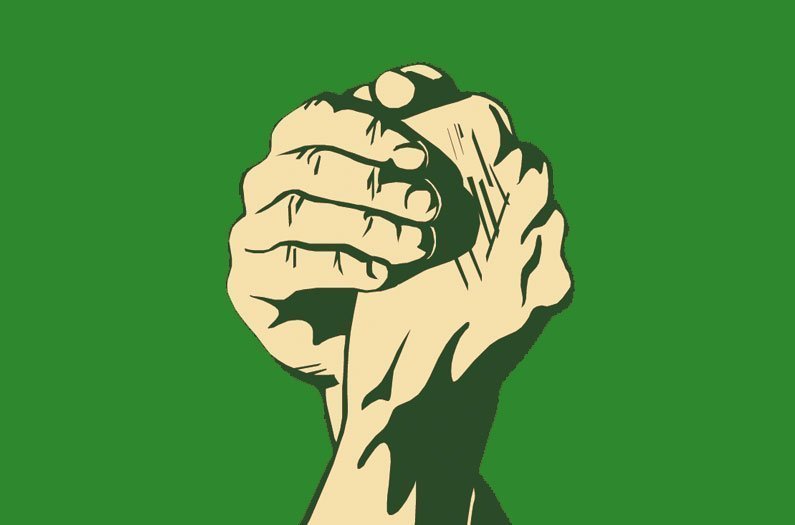 There’s lots of research on how to convince people that climate change is real, and lots more about how to motivate people to take action once they are convinced. But much less is known about how to translate climate concern and activism into real political power.
By Sarah DeWeerdt
January 8, 2019

Over the past five years, more than 5,000 peer-reviewed social science papers have been published on the topics of climate change and global warming. There’s lots of research on how to convince people that climate change is real, and lots more about how to motivate people to take action once they are convinced.

But there’s not much research at all on another important step, according to a paper published last month in Frontiers in Communication: how to translate climate concern and activism into real political power.

And that’s exactly where the climate movement is getting stymied. “By many measures, the climate movement today is stronger than ever: more people taking actions, more financial resources, and deeper concern,” the authors write. Despite that, “the political power needed to effect meaningful change has been elusive.”

On the Internet these days, advocates are debating whether climate messaging should emphasize individual actions or structural change. The emerging consensus seems to be, sensibly enough, “both” (or at least, please, for the love of Pete, can we stop arguing about this).

But it turns out that we don’t actually know much about how social movements gain the kind of political power that could result in structural change. Without the knowledge of how to effect structural change, will climate advocates find themselves simply falling back on the individual?

“The challenge is this: in most cases, the null assumption is that activism becomes power at scale: that collective action is merely the sum of its parts, and the more people who take action, the more likely a movement is to achieve its goals,” the researchers write.

But for an issue as thorny as climate change, that assumption might not hold, they say. Take the example of gun regulations in the United States. There’s widespread popular support for stricter gun control. But that hasn’t translated into change, in part because the National Rifle Association, which in the 1970s adopted a militantly anti-gun-control stance, has been more effective at building political power.

Moreover, policy isn’t quite the same as political power. Policies can be rolled back, after all, as the Trump administration has done with the Clean Power Plan and other climate initiatives of the Obama administration. What climate advocates need to know is how to build enduring relationships with political decision-makers.

The paper does not provide a quantitative analysis of past research, but rather crystallizes the themes that came out of a recent conference of social scientists and climate advocates. In that sense, it’s a snapshot of the intellectual underpinnings climate advocates say they need in order to take their movement to the next level.

The researchers divide social science research on climate change into three levels – individual, organizational, and societal – and three topics – trends, strategies, and tactics. They note that there’s a pretty robust body of literature on trends at all levels, describing the current social and political environment within which the climate movement operates. There’s also a fair bit of research on all aspects of individual change.

What’s needed now is research on tactics and strategies at the organizational and societal levels: moving beyond public opinion and messaging to get elbow-deep in how the proverbial sausage is made.