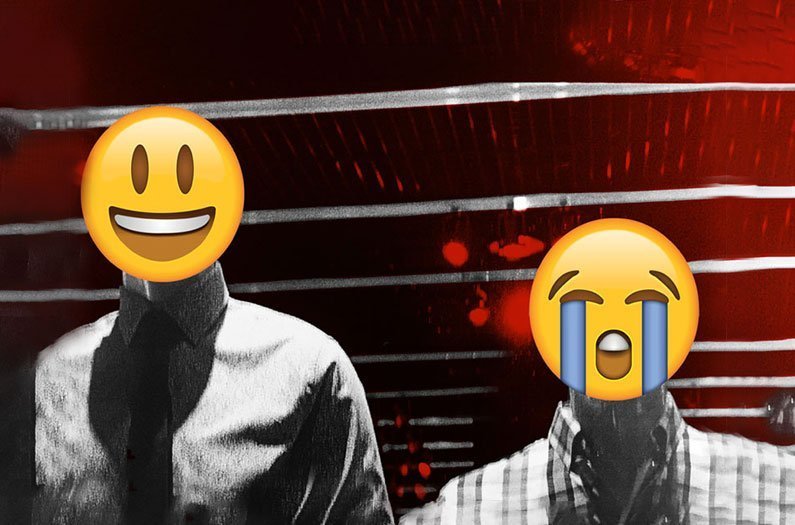 People are less happy on days when the air is more polluted, according to an analysis of 210 million posts on the Chinese social media site Sina Weibo.
By Sarah DeWeerdt
February 5, 2019

People are less happy on days when the air is more polluted, according to an analysis of 210 million posts on the Chinese social media site Sina Weibo.

Researchers have suspected that air pollution takes a psychological toll generally, and that dirty air due to industrialization, coal burning, and motor vehicles has become a drag on well-being for Chinese city dwellers. But these effects are difficult to measure.

That’s where Weibo, the Chinese version of Twitter, comes in. An international team of researchers analyzed posts made between March 1 and November 30, 2014 and geotagged in 144 different Chinese cities.

They used specialized semantic analysis software to gauge the sentiment expressed in each Weibo post, then developed a daily happiness index on a scale of 1 to 100 for each city. The researchers reported their findings 21 January in Nature Human Behaviour.

Weibo users expressed significantly more happiness in their posts on days that featured good news, such as when Beijing hosted an Asia-Pacific Economic Cooperation meeting, and less happiness on days when bad news broke, such as the crash of Malaysia Airlines flight 370. That bolsters the case that this method can track short-term changes in the happiness of a population.

So what about pollution’s effect? The researchers gathered data on daily pollution levels in each city, and plugged these into equations to model how pollution affects the level of happiness expressed in social media posts.The details of these analyses are designed to maximize the likelihood of detecting causal relationships.

The researchers analyzed Weibo posts in relation to a city’s overall air quality index (AQI), as well as a variety of individual pollutants. They focused especially on fine particulate matter, or PM2.5, which can harm lung health and is a particular concern for the Chinese public as indicated by searches on Baidu.com, China’s most popular online search engine. PM2.5 was the primary pollutant on 60% of high-pollution days during the study period.

“The evidence here supports the conclusion that high levels of air pollution lower the urban population’s reported levels of happiness,” the researchers say.

Pollution bums people out more on weekends and holidays than it does on work days. Air pollution affects people’s happiness more on cloudy days than on clear ones, and more on too hot or too cold days than on those when the temperature is comfortable. Women are more psychologically affected by air pollution than men. And people in both the cleanest and the dirtiest cities show the biggest mood shifts in response to air pollution.

“Given that the subjects are unaware that their views are being analysed, such data may offer a more unfiltered glimpse of day-to-day life in a highly polluted nation,” the researchers write.

One limitation of the study is that Weibo users do not represent a random sample of the Chinese population. For example, elderly people are less likely to use social media but are more vulnerable to air pollution.

But this lack of representativeness could actually be a boon when it comes to fighting pollution in China. Social media users tend to be younger and better educated than average, a demographic that the Chinese government considers particularly important. So the fact that air pollution erodes their well-being and psychological health could spur the government to better enforce environmental regulations, the researchers say.