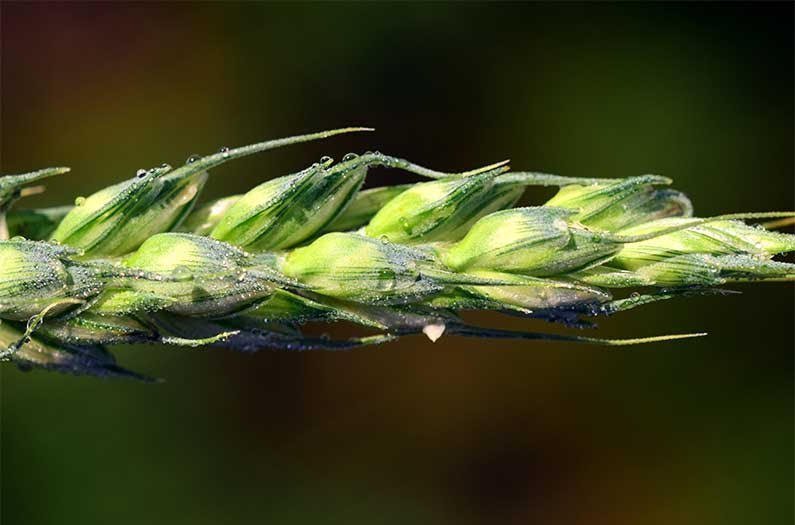 A study reveals that since the 1980s the general diversity of the world's crops has grown. But that's been paralleled by the increasing domination of just few crop species that now occur all over the world.
By Emma Bryce
February 15, 2019

Global agriculture is increasingly dominated by just a handful of crops with limited genetic richness, says a group of researchers writing in PLOS One.

The research shows that despite an uptick in the diversity of crops grown across the planet over the last 60 years, the largest share of our crops worldwide is now made up of just a few types of plants. As an example, three of these particularly dominant crops–wheat, maize, soya, and rice–now take up almost 50% of the farmland on earth.

The researchers, from the University of Toronto in Canada, combined data on 161 plant groups, across 22 subcontinental regions, taken from the six decades between 1961 and 2014. The period they examined kicked off with very little change in crop diversity between 1960 and the late 1970s, but then a period of rapid diversification in the 1980s as agriculture industrialised. This period reflected a rapid surge in the number of crops being grown around the planet, though there were some large regional differences. For instance, in Central America farmers added 30 new crop species to their repertoire between 1961 and 2014, compared to Polynesia’s one.

But crucially, this period of abundance in the 1980s was also when just a few crop species began to rise to the top–mainly cash crops–and start dominating global agriculture. The researchers found that part of the reason for this was agricultural subsidies for specific cash crops like wheat and soya beans began to support their expansion during this era.

We’re living with the legacy of that era today, as industrial agriculture expands the reach of just a few crop types. “Farms in different regions around the world are starting to look more and more similar, or are becoming more ‘homogenized’ in terms of crop composition,” says lead author Adam Martin. Genetically, these dominant crops are likely also drawn from an increasingly tiny pool: “Research does suggest that much of the genetic diversity of crops globally is being lost, due to the loss of small scale farms and replacement of locally-adapted crop varieties and lineages with a fewer number of commercially available crops,” Martin added. In North America, for instance, half the corn–which is the country’s largest crop–arises from just six genetic strains.

Globally, the effect of these changes is that agriculture is increasingly monotonous, which will have consequences not just for world food culture, but also for the flexibility of our food systems and their resistance to disease, pests, and climate change.

Interestingly, the researchers frame the growing ubiquity of certain crops across the planet as a symbol of the Anthropocene, the era marked by humanity’s power to literally change the face of the planet in lasting ways. Our ability to shift crops away from their areas of origin, and to proliferate them at such huge scales across the planet represents “a unique feature” of this epoch, they write in their paper.

In a bid to unpick part of this historic legacy, they suggest that governments grasp the power of policies to drive what we grow according to what’s good for people and the planet, rather than economics alone.

Source: Martin, et. al. “Regional and global shifts in crop diversity through the Anthropocene.” PLOS One. 2019.