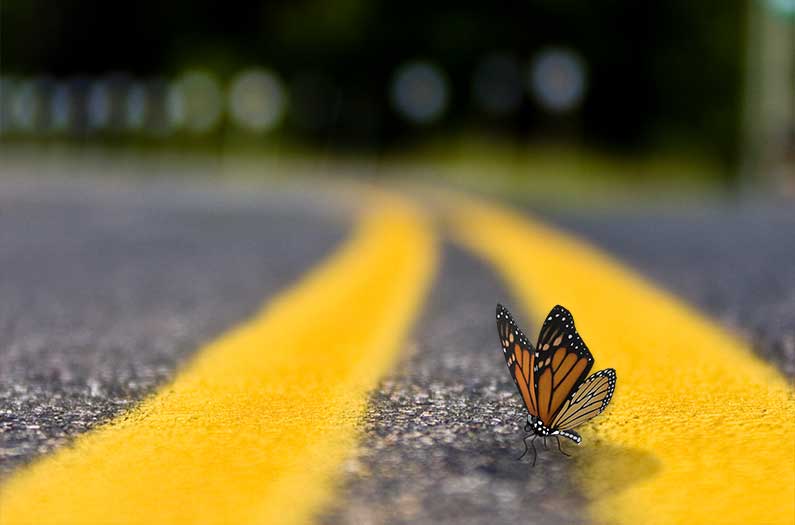 Roadkill is a problem for monarch butterflies. Can it be solved?

The demise of monarch butterflies is largely blamed on an agriculture-induced collapse of the milkweeds. Another, little-appreciated problem desperately needs attention: monarch butterfly roadkill.
By Brandon Keim
February 20, 2019