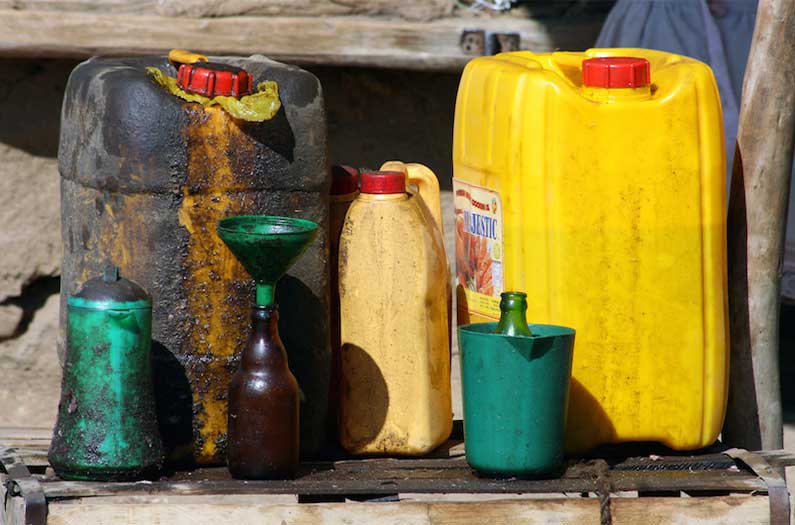 One strategy to fight plastic pollution is to convert oceans of plastic trash into something valuable. The latest in this approach comes from a team at Purdue University, which has devised a method to convert a commonly used plastic into oil. The process, reported in ACS Sustainable Chemistry and Engineering, is more energy-efficient than recycling or burning waste plastic, the researchers say.

About six billion tons of plastic waste has been generated around the world in the past 50 years. Very little this waste is recycled, and close to 80 percent of it sits in landfills or in the natural environment, where it harms wildlife, leaches harmful chemicals, and emits greenhouse gases.

Nearly a quarter of all plastic waste is polypropylene, used to make things like food containers, bottles, pipes, and clothing. So chemical engineer Linda Wang and her colleagues focused their efforts on reusing this type of plastic. Plastics are hydrocarbons that are made from petroleum, and they can be converted back to liquid fuel. Researchers have typically used a process called pyrolysis to do this, which requires heating the plastics at a high temperature.

The Purdue team use a technique called hydrothermal processing. Others have employed it before to convert other types of plastic feedstock to oil, but the yield of those processes has been low. Wang and her colleagues place the poplypropylene in a reactor filled with water, and heat it up to temperatures ranging from 380–500°C for up to five hours at a pressure of 23 Megapascals. At the high heat and pressure, water breaks down the plastic and converts it into oil.

The researchers were able to transform 91% of the plastic into oil. The oil, which is a mix of different hydrocarbon compounds, can be used to make buildings blocks for gasoline and other fuels and chemicals.