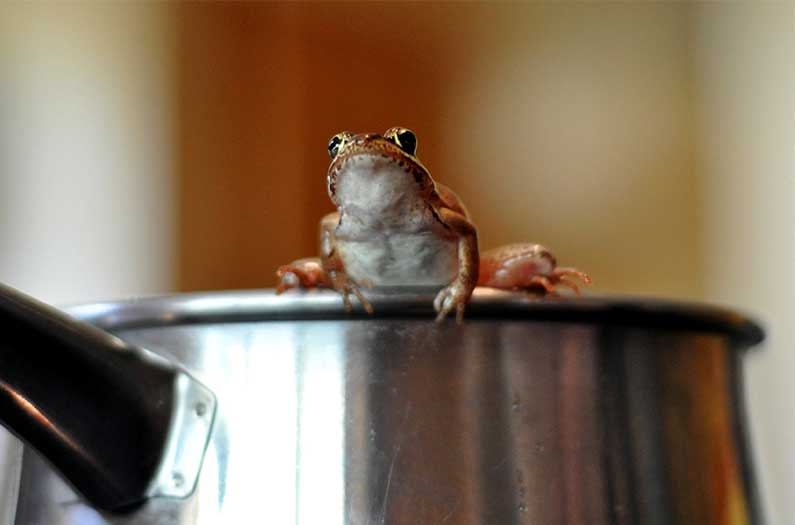 What counts as extreme temperature is a moving target
Rapidly shifting "climatic baselines" could hamper the public's ability to recognize human-caused climate change—and tamp down the sense of urgency about addressing it.
By Sarah DeWeerdt
February 26, 2019

With climate change, weather patterns that were unusual in the past (ahem, February heat waves in London) are becoming more common. But how exactly do people recognize unusual weather conditions?

Scientists use various benchmarks – 1850, the past 30 years, and so on – when quantifying climate change, but there’s been very little research on how members of the general public develop a baseline sense of “normal” climate or how that sense changes over time.

The first large-scale study to tackle this problem, published yesterday in the Proceedings of the National Academy of Sciences, suggests that the public’s climatic baseline tends to be a very recent one, reflecting weather experienced roughly 2 to 8 years ago.

This could hamper the ability to recognize human-caused climate change – and tamp down the sense of urgency about addressing it.

In the study, researchers analyzed 2.18 billion tweets posted from the continental United States by 12.8 million users in March 2014 through November 2016. They used software to analyze the content of the tweets to pick out the ones that commented on the weather.

Then they cross-referenced the social media data with local temperature, precipitation, and cloud cover data – controlling for variables such as month, year, and location in order to identify how temperature fluctuations drive social media posts about the weather.

Not surprisingly, people are more likely to comment on weather that’s out of the ordinary for the time of year and location. Temperature extremes – the coldest cold temperatures and the hottest hot temperatures – garner the most social media chatter.

In a warming world, what “counts” as cold weather is also a moving target. “Gradual warming makes all cold temperatures more remarkable, so that mild winter temperatures, which previously would be unremarkable, become noteworthy as people’s expectations shift over time,” says lead author Frances Moore, assistant professor of environmental science and policy at the University of California, Davis. That’s how, during one of the warmest Januaries on record, everyone wound up talking about how cold it was.

Moore and her colleagues also used software to analyze the sentiment expressed in non-weather tweets. Previous studies have found that temperature extremes make people cranky on social media in general, an indication that such conditions affect people’s mood and mental health.

The researchers found that extreme temperatures continue to be associated with negative sentiment on social media, even after people stop commenting on the weather directly. “The definition of normal adjusts rapidly in response to changed conditions, despite the negative consequences of those changes persisting,” the researchers write.

Finally, the researchers estimated how quickly people will become accustomed to future warming as predicted by computer climate models. They found that if high carbon emissions continue through the end of the 21st century, people’s expectations about the weather are likely to shift just as rapidly as temperatures rise.

That could pose a problem for efforts to fight climate change, because past studies have shown that people support such efforts more when they have personal experience with extreme weather.

The findings emphasize “the importance of connecting the weather people are experiencing to the longer-term perspective and the climate change context,” Moore says. “Our paper suggests that people are not necessarily going to recognize that climate change is happening just by experiencing warmer and warmer weather.”