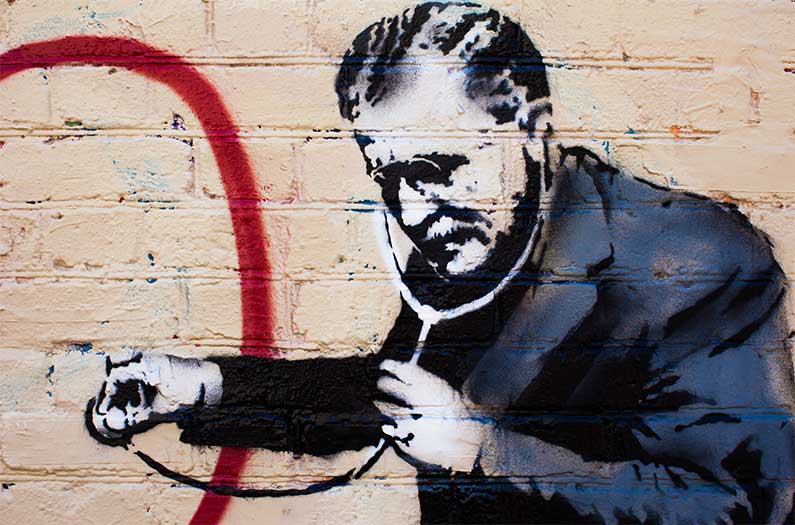 This is how climate change takes a toll on the heart
Heat-induced heart attacks are increasing, suggesting that climate change poses a risk to cardiovascular health. The German study also shows that the health impacts of climate change aren’t limited to urban areas.
By Sarah DeWeerdt
March 19, 2019

Doctors know that cold temperatures can trigger heart attacks. But the effect of hot weather on heart attack risk has been more difficult to establish. Now, a team of German researchers has found evidence that heat-induced heart attacks are increasing, suggesting that climate change poses a risk to cardiovascular health.

To reach that conclusion, the researchers analyzed records from a registry of every heart attack that occurred in and around Augsburg, Germany from 1987 through 2014 – 27,310 events in all.

Then they cross-referenced these data with daily meteorological records. The analysis controlled for a variety of other factors, such as day of the week and socioeconomic status, in order to home in on how temperature affects heart attack risk.

To see whether heat-induced heart attack risk has changed over time, the team also divided the data into two periods: 1987-2000 and 2001-2014. Average daily maximum temperature in Augsburg increased during this time, from 14.5 °C during the earlier period to 15.1 °C during the later one.

Looking at the entire 28-year period, the researchers found the well-known link between cold weather and heart attacks, but no link to hot temperatures.

A separate analysis of just the 2001-2014 data, however, showed that hot temperatures did increase heart attack risk during this later, warmer period.

“Our study suggests that greater consideration should be given to high temperatures as a potential trigger for heart attacks – especially in view of climate change,” study leader Alexandra Schneider, a epidemiologist with the German Research Center for Environmental Health, said in a press release.

Schneider’s team found that the heat-related heart attack risk during 2001-2014 was especially prominent among people with pre-existing cardiovascular disease, diabetes, or high cholesterol.

The prevalence of these biological risk factors has increased in the population over time, illustrating that the health effects of climate change don’t occur in isolation. Climate change can be a health risk in itself, but can also exacerbate other public health problems. Or, to put it another way, other public health trends can make people more susceptible to heat.

Discover more:  Far-reaching study spells out how to drastically cut the energy footprint of buildings

Health risks from extreme heat are often portrayed as mainly affecting people living in stifling cities. But the researchers found that people in rural areas around Augsburg were at greater risk of heat-induced heart attack than those in the city itself.

Lower socioeconomic status and a higher prevalence of pre-existing chronic diseases in the rural population could contribute to the greater vulnerability to heat-induced heart attack among rural residents, the researchers say. The findings add heft to an emerging body of research suggesting “that people living in non-urban areas could have similar or even higher heat-related mortality risks” compared to city dwellers, they write.

However, the study only looks at temperature-related heart attacks in a small geographical area. Larger studies that cover broader populations are needed to confirm the findings, the researchers say.

Next, the team plans to model the change in heart attack risk that may occur if the world meets the Paris Agreement’s goals of limiting warming to 1.5 °C or 2 °C – as well as what happens if we blow past those limits.