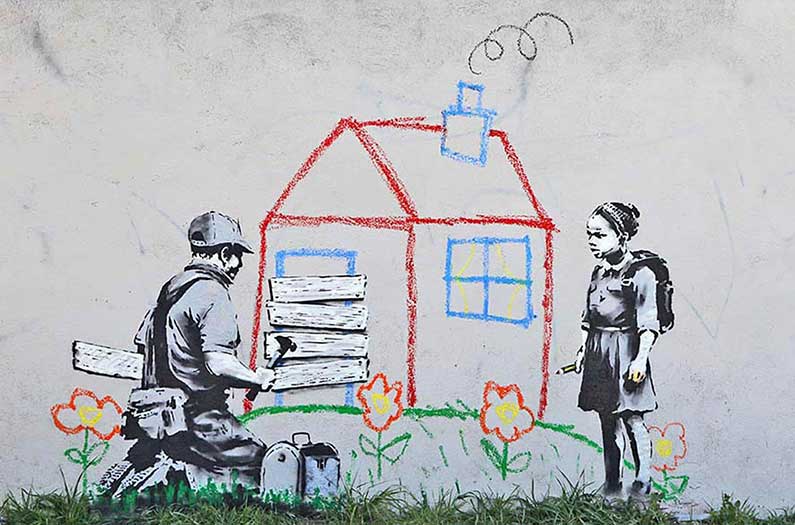 What’s the connection between climate change and keeping kids in school?

Extreme heat, drought, or flooding during a child’s early years can reduce the number of years of school they eventually complete. "As the effects of climate change intensify, children in the tropics will face additional barriers to education,” researchers write.
By Sarah DeWeerdt
April 16, 2019

Extreme heat, drought, or flooding during a child’s early years can reduce the number of years of school they eventually complete, according to an analysis published yesterday in the Proceedings of the National Academy of Sciences.

As climate change makes extreme weather more common, this phenomenon could stymie efforts to increase education for children in developing countries. And since education is linked to a country’s overall development, which in turn affects resilience to climate change, this disruption of education could become part of a vicious cycle that magnifies the effects of climate change.

“Climate change could undermine gains in socioeconomic development, particularly among the world’s most vulnerable populations,” the researchers write.

Over the past several years, a number of studies have linked extreme weather and adverse climate conditions to poorer educational attainment and other long-term cognitive outcomes for children. But most of those studies focused on single countries and mainly analyzed rainfall data – droughts, floods, and hurricanes.

In the new study, researchers analyzed census data collected between 1969 and 2012 in 29 countries across 5 different regions: Southeast Asia, Central America and the Caribbean, South America, West and Central Africa, and East and Southern Africa. They analyzed the effects of temperature as well as rainfall patterns on children’s education.

The researchers focused on the tropics because these regions are most vulnerable to climate change, two-thirds of the world’s poor live in the tropics, and education levels are lower there than elsewhere.

The analysis focused on children born since 1950 who were 12-16 years old at the time of a particular census. The researchers cross-referenced data on how many years of school a child had completed with information on average annual temperature and rainfall during a period spanning the year before the child was born through age 5.

They found that children in Southeast Asia who are exposed to hotter than average temperatures in utero and during early life tend to complete fewer years of school than those who experience average conditions. Meanwhile, cooler than normal temperatures are associated with greater educational achievement in East and Southern Africa.

The researchers expected that growing up in a household headed by a person with more education would buffer children from such effects. But in many cases, they found the opposite. Children from the most educated households “tend to experience the greatest educational penalties when exposed to hotter early-life conditions and, in some regions, to drier conditions,” they write.

In fact, in some regions children of the least educated parents actually seemed to benefit from extreme conditions. In West and Central Africa, East and Southern Africa, and Central America and the Caribbean children from the least educated households who experienced either hotter or cooler than normal temperatures in early life completed more school than those who experienced average conditions.

The researchers also found that in most regions, children from urban households are more affected by extreme conditions than rural ones. This may be because urban dwellers face higher food prices in these situations, are more vulnerable to disease, or suffer from urban heat island effects.

However, more studies will be necessary to illuminate the mechanisms behind these patterns. For now, the results “suggest that development and educational gains in the tropics are fragile and could be undermined by climate change, even for better-off households,” the researchers write. “As the effects of climate change intensify, children in the tropics will face additional barriers to education.”

Source: Randell H. and C. Gray “Climate change and educational attainment in the global tropics.” Proceedings of the National Academy of Sciences 2019.