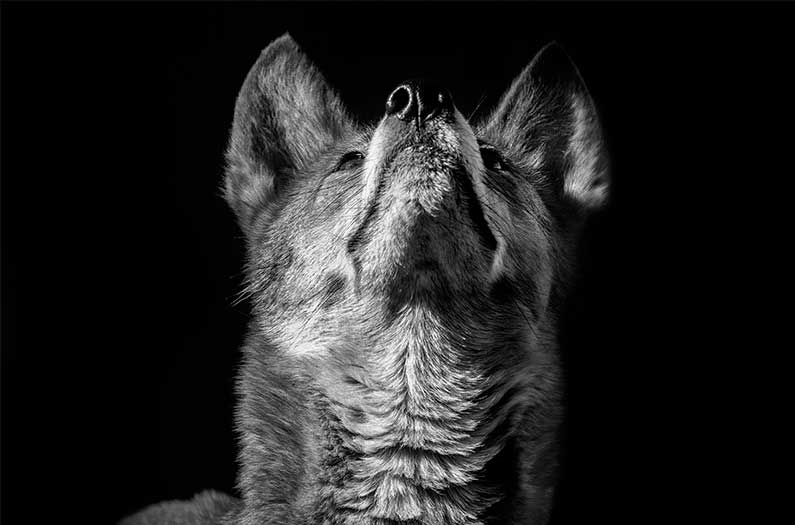 Shoud dingoes be considered feral? That question is central to the fate of Australia's wild dogs—and perhaps the continent's biodiversity.
By Brandon Keim
April 24, 2019

Australia’s dingoes are both iconic and shrouded in mystery: were the dogs’ ancestors, introduced to the continent at least 5,000 years ago by unknown Asian seafarers, domesticated? Should modern-day dingoes be considered feral or wild, just another dog or a species unto themselves? These questions are central to the fate of dingoes and Australia’s biodiversity.

Last year the government of Western Australia, the state encompassing the nation’s western third, declared that dingoes will no longer be considered native fauna. Instead they’ll be classified as non-native wild dogs, no different than feral pets. That designation will allow them to be killed in unlimited numbers.

Dingoes are already widely persecuted by the livestock industry. Further encouraging this would be catastrophic for both dingoes and the continent’s ecology: many studies have described how dingoes, as Australia’s only remaining apex predator, regulate the impacts of other animals. They help prevent kangaroo populations from swelling to landscape-denuding levels and prey on  historically non-native foxes and cats whose own dietary habits have pushed many other species towards extinction.

Given their ecological importance, the labels attached to dingoes can seem pointless. Where they came from matters less than what they do. Yet the desirability of indigenous roots frames mainstream Australian relationships to nature—and according to two new studies, dingoes deserve to be considered a truly wild, native species.

Writing in the journal Frontiers in Zoology, biologists Bill Ballard and Laura Wilson of the University of New South Wales address the question of whether dingoes’ ancestors were tamed—which in scientific terms meant they were habituated to human presence, not unlike birds at a feeder or orphaned elephants in a sanctuary—or domesticated, a specific process that involves long-term directed breeding by humans.

“Scientifically, both possibilities are interesting,” write Ballard and Wilson. “Politically, there is a titanic divide between these scenarios because some see no difference between individuals that been wild for one generation and a population that has been wild for a thousand (or more) generations.”

The bulk of the evidence, they say, suggests that those proto-dingoes were in fact undomesticated. Modern dingoes show none of the traits associated with domestication, such as floppy ears and smaller skulls. Unlike domestic dogs but in keeping with wild dog species, dingoes breed seasonally rather than year-round. And while genetic analyses are inconclusive, there’s certainly no evidence of domestication.

“Much research is still needed,” counsel Ballard and Wilson, but “caution needs to be exercised in labelling the dingo as feral, without compelling data, because extinction of the canid is becoming increasingly likely.”

In another review published in the journal Zootaxa, researchers led by Bradley Smith of Central Queensland University likewise reviewed studies of dingo physiology, behavior, and genetics. They concluded not only that dingoes shouldn’t be called feral, but that they should be considered a distinct species.

“Collectively, this evidence allows the dingo to be differentiated from modern domestic dogs, feral domestic dogs, Asian village dogs and wolves,” they write. Having lived freely in Australia for more than 5,000 years “almost exclusively under the forces of natural selection nullifies any notion of the dingo as a domestic animal, if indeed it could ever have been considered one.”

By those lights, dingoes are no more a domestic dog and no less a unique species than are wolves. Of course, as witnessed in fights over wolf conservation in Europe and North America, scientific facts are often far less important than sentiment and politics. Whether dingoes are labeled feral or not, they’ll still have enemies—but “at least it cannot be argued that they are simply a continuum of the feralization process,” says Ballard.

“The feralization argument for changing policy will not be tractable,” he continues. “Of course, this does not mean that other arguments may be employed.” But at least those arguments can be made directly, rather than hiding behind a veneer of mistaken taxonomics.

Sources: Ballard, J. William O. and Wilson, Laura A. B. “The Australian dingo: untamed or feral?” Frontiers in Zoology, 2019.