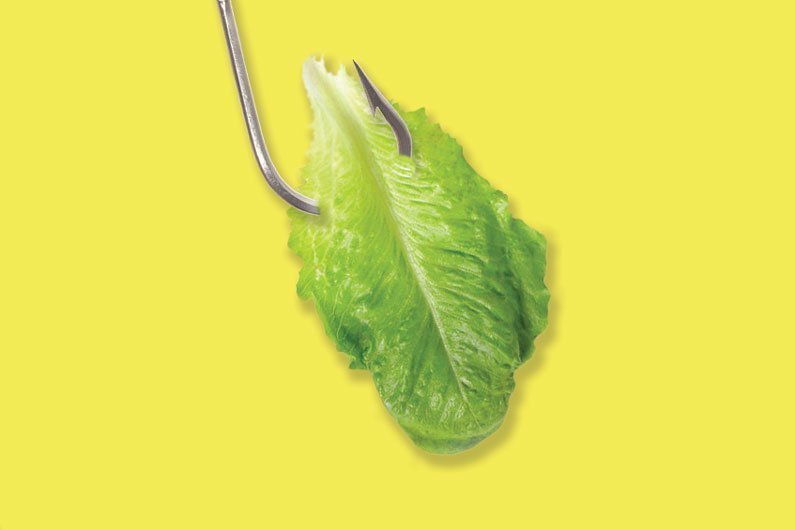 Plant-based feed has been welcomed as a more sustainable alternative to fishmeal in industrial aquaculture. Yet, a new study describes the stark environmental impacts of this growing trend.
By Emma Bryce
April 19, 2019

Increasing the proportion of plant-based feed in the diets of farmed fish could drive higher rates of freshwater use, land use, and fertilizer pollution, a new study finds. This challenges a growing assumption that simply switching fishmeal for plant-based foods in aquaculture is the solution to the industry’s ecological fix.

These new findings, involving a multidisciplinary and international research team, explored the environmental ramifications of the growing trend in aquaculture feed towards fishmeal substitution, by plant-based nutrients originating from soy, rapeseed, and pea. Focusing on shrimp farming, researchers looked at the dietary requirements of the two most commonly farmed shrimp species: whiteleg and black tiger. Then they created a model diet for these shrimp that contained a baseline of 20 to 30% of regular fishmeal (the higher fraction for the more carnivorous tiger shrimp species.). This, they incrementally replaced with plant-based feed to measure the projected environmental impacts.

The model revealed that as the quantity of plant-based feed grew to ultimately substitute the fishmeal completely, the shrimp feed footprint grew dramatically. This was due to the extra resource-intensive crops required to meet the nutritional requirements of the shrimp. Demand for freshwater went up by 63%, and both land-use, and phosphorus use (for fertilizer) surged by over 80%. The impact of soy-substitutes was lower than that of substitutes made from crops like peas and rapeseed. This traced back to the more resource-intensive methods required to farm those particular crops.

“These are significant increases, as only a share of 20 to 30% of the feed formulation – which is fishmeal – is actually substituted,” says Wesley Malcorps, PhD student at the University of Stirling and lead author on the study.

The overall effect of this shift in aquaculture could increase pressure on resources and hike up fertilizer pollution in terrestrial ecosystems that are already strained by traditional agriculture and livestock farming, the authors caution. That’s a worry especially because aquaculture is the fastest-growing food sector – meaning its impact will accumulate if more fish farms make the transition to plant-centric diets.

Traditionally, farming fish has relied on wild forage fish caught from the ocean, and fishing byproducts, which are then converted into fishmeal. That puts extra pressure on ocean resources that are already being overfished. But, driven by the cheaper price of crops compared to the rising price of fishmeal, increasingly feed manufacturers have started producing aquafeed that contains a larger share of plant-based nutrients from crops. It’s now gotten to the point where “terrestrial plant ingredients are widely viewed as sustainable alternatives for fishmeal,” Malcorps explained.

The study, however, turns this notion on its head, as it finds that the growing dependency on crops to feed farmed fish simply shifts the impact from ocean to land. Malcorp points out that aquafeed consumes only a small percentage of global crops, and therefore its impact wouldn’t be as huge as, say, cattle farming. “However, a shift from fishmeal to plant ingredients should not be taken for granted as a sustainable solution to meeting a rapidly expanding (shrimp) aquaculture industry,” he asserts.

A sudden demand at the industry-scale for crops to feed fish could see us repeating many of the problems we have with livestock farming, where we very inefficiently farm food crops exclusively to feed animals, using huge amounts of resources in the process and ultimately elevating the price of food for humans.

This doesn’t mean we should completely reject plant-based feed in aquaculture, however. After all, its one advantage is that it displaces some of the overwhelming marine impacts of fishmeal. But we need to include plant- and fish-based nutrients in aquaculture strategically, Malcorps reckons, to carefully balance the trade-offs between marine and terrestrial systems. We might also explore ways to include fish-byproducts and agricultural food waste into feeds: one-third of all food produced is wasted or lost. That can be combined with promising new sources of feed, such as protein-rich algae and yeast, whose production has a much smaller footprint.

Looking to the future, “we must develop feed formulations that take not just economic factors and nutritional requirements into account, but also environmental costs,” Malcorps says.