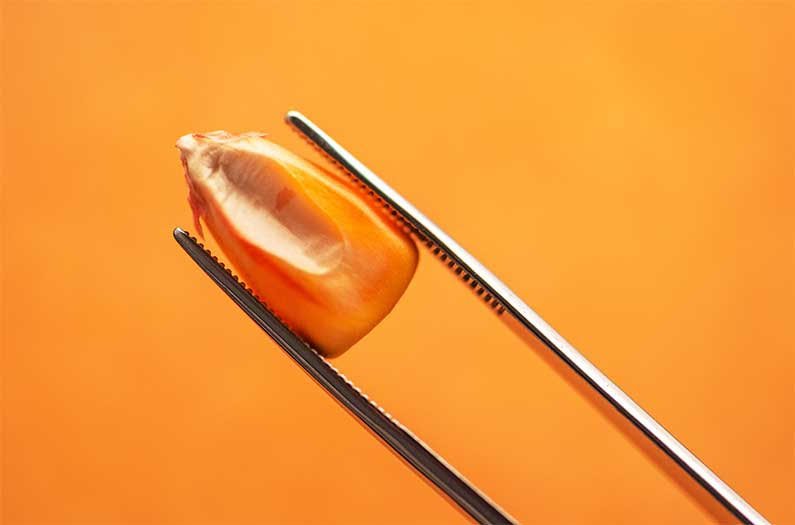 Here’s how precision agriculture could help farmers reduce fertilizer use

A creative use of satellite data reveals that there are areas of farmland in America's cornbelt that consistently produce low yields. Pinpointing these plots could help farmers streamline their fertilizer application, by limiting the amount that's showered over unproductive lands.
By Emma Bryce
April 26, 2019

A newly-applied technology could help farmers identify consistently low-yielding parts of their cropland, and dramatically reduce the needless application of fertilizers there, a new study finds.

Using remote-sensing technology to identify unproductive land, researchers from Michigan State University have found that this could save US corn and soybean farmers an estimated $500 million in fertilizer costs, and stop 6.8 million metric tons of carbon dioxide equivalent escaping from unused nitrogen fertilizer into the atmosphere. That’s roughly the same as the emissions generated by 1.5 million cars in a year.

This is especially important in regions like the American Midwest, where the existence of a vast and lucrative cornbelt means fertilizers are extensively used to boost crop growth. But because farmers can’t predict where crops will be successful and where they won’t, fertilizer is applied uniformly across the land. So in low-yielding areas, a certain amount of fertilizer will always be left behind in the soil instead of being taken up by growing crops. This makes its way into waterways, and ultimately reaches the Gulf of Mexico, where the nutrient-rich substance fuels algal growth that causes growing dead zones in the ocean.

To try and combat this problem at its source, the researchers sought a way to align fertilizer application with crop productivity America’s cornbelt. They analyzed eight years’ worth of satellite data that covered corn- and soybean fields spread across 30 million hectares of Midwestern states. This gave them a detailed view on the region’s corn production, and helped them pinpoint portions of cropland that repeatedly had low yields over the years.

Combined with available data on the amount of fertilizer applied across the land, and accounting for how much fertilizer gets used up as crops grow, the researchers could estimate how much nitrogen – one of the main nutrients/pollutants in fertilizer – was left unused in the soil on low-yield plots.

Their analysis revealed that about 50% of the cropland is high-yielding. But the remaining half was made up of consistently low-yielding fields (26%), or plots that produced a mix of lower and higher yields (28%). So, with a quarter of the farmland confirmed as consistently underproductive, the researchers were able to calculate that only half the nitrogen in the fertilizer that had been applied was actually taken up by the plants. In other words, the remaining 50% lay wasted in the soil, costing the farmers millions, expelling greenhouse gases, and ultimately being swept up by rainfall into waterways.

Viewed another way, consistently low-yielding corn cropland accounts for a striking 44% of nitrogen pollution from the region covered in the study, the researchers found.

Applying fertilizer more intentionally to match yields in the corn belt could cut out a huge chunk of the pollution that ultimately reaches the Gulf, the researchers believe. But a major advantage of their approach is that because it relies on long-term satellite data which is now ubiquitous, it could also be used as a tool in other parts of the world to identify low-yielding croplands over time, and streamline fertilizer use in those areas too.

It’s also worth noting the multiple other resources that go into farming – from phosphorus, insecticides and herbicides, to costly farm labour. If calculated together, the cost of the resources wasted on low-yielding land might actually reveal that these areas are unprofitable to farm. Finding this would depend on further research to calculate the overall costs. But if that is indeed the case, the researchers suggest it might ultimately be better to turn these plots of land into strips of wild habitat – to encourage pollinators, for instance.

For now, this satellite data-driven approach could empower farmers in one of the most agriculturally-intensive parts of the world to at least make more informed decisions about where to apply fertilizer, and how much. “Nobody wins when fertilizer is wasted on areas that won’t produce,” the researchers write. “Once farmers identify these areas, they can both save money and help the environment.”