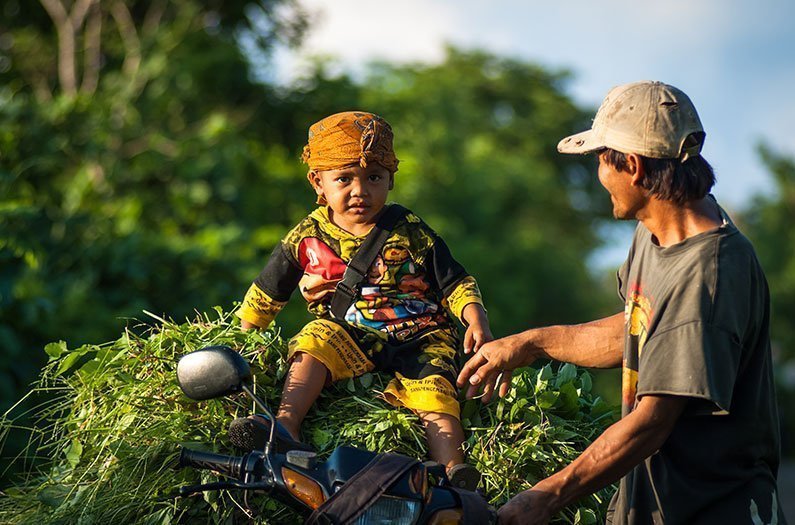 National parks, nature reserves, and wilderness areas improve the well-being of people living nearby. Yet too many people living along the edges can alter ecosystems at the core of the protected area, putting biodiversity at risk.
By Sarah DeWeerdt
April 9, 2019

The United Nations’ Sustainable Development Goals include both expanding protected areas and reducing poverty. People have worried that these goals might conflict. For example, setting aside protected areas might leave people living nearby worse off; prioritizing economic development could increase risks to biodiversity.

Two large new studies offer a nuanced perspective on this question. Taken together, the studies suggest that national parks, nature reserves, and wilderness areas improve the well-being of people living nearby. Yet too many people living along the edges can alter the functioning of ecosystems at the core of the protected area, putting biodiversity at risk.

In the first study, researchers analyzed socioeconomic and health data on 87,033 children and 60,041 households in 34 developing countries around the world [1]. They compared measures of well-being among people living within 10 kilometers of one of 603 protected areas to similar households situated farther away.

There is no evidence for any negative impacts of protected areas on human well-being, the researchers reported April 3 in Science Advances.

Households within 10 kilometers of a multi-use protected area where tourism has been documented are on average 20% wealthier and have a 26% lower probability of being poor than those situated farther away.

And young children in families living near multi-use protected areas with tourism are about 10% taller and 13% less likely to have stunted growth than children growing up more distant from such protected areas.

A next step is to figure out how multi-use and tourism in protected areas produce these benefits, says study team member Drew Gerkey, an environmental anthropologist at Oregon State University. He also wants to know whether how well a protected area is managed contributes to its benefits for local people.

However, it’s not clear how much human presence the biodiversity within protected areas can tolerate. In the other study, published March 29 in Science, a separate team of researchers drew on 40 years of research from the Serengeti-Mara ecosystem to show that population growth at the edges of a protected area can “squeeze” wildlife within [2].

The 40,000 square kilometer Serengeti-Mara ecosystem includes Serengeti National Park in Tanzania and Maasai Mara reserve in Kenya, which together represent one of the world’s largest protected areas. Nearly 2 million large herbivores, including wildebeest, gazelles, and zebras, move between these reserves every year – one of the few remaining large-scale mammal migrations on Earth.

In the Serengeti-Mara ecosystem, core protected areas are surrounded by multi-use buffer zones. These buffer zones have experienced dramatic population growth in recent decades, along with an increase in agriculture and livestock populations.

As grazing lands in the buffer zone have become over-exploited, people are bringing their livestock farther into core protected areas for longer – sometimes illegally. All these human activities are changing wildlife movements, and squeezing migrating herds into the center of the core protected areas.

In turn, that has set off an ecological cascade that affects the entire protected area, not just the boundaries. The core protected areas have seen a decrease in green vegetation, fewer natural fires, an increase in unpalatable plant species, and reduced capacity of soils to sequester nutrients and carbon.

These changes could make the ecosystem less resilient to drought and climate change in the future, the researchers say.

Together, the studies suggest the complexities of balancing the needs of biodiversity and human development. But because each study takes on one half of the equation, it’s difficult to know where that balance lies. For this reason, “future research that integrates analysis of social and environmental well-being will be especially important,” Gerkey says.