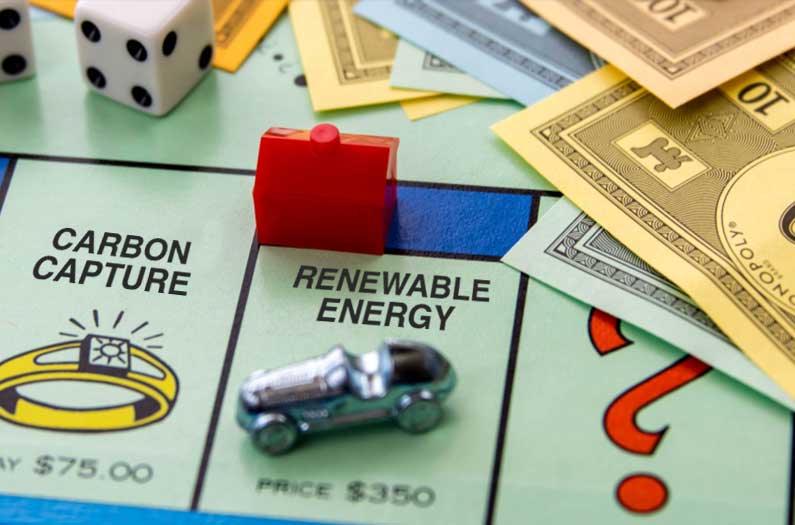 In the fight against climate change, solar and wind energy are more effective than carbon capture and storage (CCS), a new study finds. In the Nature Energy report, an international team of researchers says that resources being directed toward CCS technologies would be better invested in building new renewable energy capacity and energy storage to support it.

Capturing carbon dioxide emissions from fossil fuel power plants is thought to be critical for meeting the goals of the Paris climate agreement. Researchers have been working on several different carbon capture and storage solutions, from efficient, low-cost ways to trap carbon dioxide from flue gas to ways to store it or turn it into useful products.

About 43 large-scale carbon capture projects are in operation, under construction or planned around the world, with 10 of those operational facilities in the U.S. But carbon capture technology is still expensive and scaling it up has been slow and difficult. Critics also say it is a Band-Aid solution and the long-term consequences of storing carbon dioxide underground are uncertain.

In the new work, researchers compared CCS with renewables from the standpoint of energy return-on-investment. That is, the ratio of the energy output from a power plant to the energy invested in the construction, operation, and fuel.

They calculated the energy needed for carbon capture technologies installed at different coal and natural gas power stations. For renewables, they estimated the energy costs to build turbines and solar panels plus the energy required to build battery, hydrogen, or pumped hydro storage.

Discover more:  A map of excess nitrogen use across the US reveals where and how to act

The energy needed to build carbon capture equipment and to operate the processes brought down the net energy output of the power plants. In the end, the energy return from renewables at even subpar sunny and windy locations was better than from CCS-equipped power plants.

“Given its net energy disadvantages, carbon capture and storage should be considered a niche and supplementary contributor to the energy system, rather than be seen as a critical technology option as current climate agreements view it,” said Denes Csala, a Lecturer in Energy Storage and System Dynamics at Lancaster University and co-author of the research.