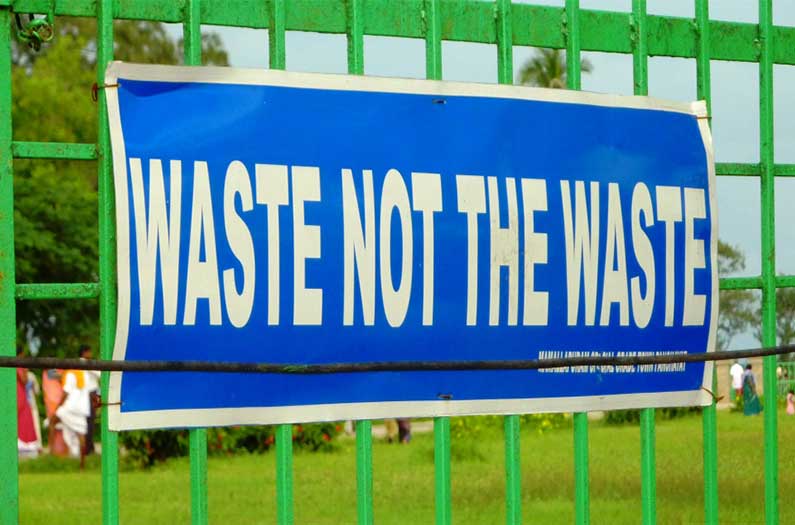 A global map reveals the huge extent of manure spread across our planet - and the untapped potential of its nutrients for our crops.
By Emma Bryce
May 17, 2019

Researchers have created a map that shows the spread of manure across the planet – revealing it to be a vast untapped source of phosphorus, a dwindling nutrient that’s essential for enriching soil and fertilizing crops. Their map suggests that if we recycle this manure, countries could not only reduce their huge reliance on costly phosphorus imports, but also keep manure out of streams, rivers, and soil where it causes untold amounts of pollution.

Specifically, the map revealed that 72% of croplands occurred nearby rich sources of manure, but in countries where imports of phosphorus were still some of the highest in the world. This highlights a huge missed opportunity to recycle livestock waste in a way that would benefit both farmers and the environment. And the potential really is huge: the researchers calculate that livestock could be producing as much as 130,000 kilos of manure per square kilometre, every year.

They devised their map by combining global data on livestock density, manure production, and national phosphorus imports. They also looked at where areas of high manure density intersected with cultivated areas – which would make it more accessible and practical for farms to use. This helped them identify hotspots across the globe where manure could be reused with the greatest benefit.

In particular, they singled out India, Brazil, Southeast Asia, and Europe as ‘hotspots’, where using widely-available manure could replace expensive imports of phosphorus. This could massively enhance these countries’ agricultural independence, by freeing them from the global phosphorus trade, the researchers state.

But aside from that, a looming phosphorus shortage also makes it increasingly essential that we find ways to produce more phosphorus to support the production of food. Currently, phosphorus is mainly mined from rocks in just a few countries, like China. But this is obviously a non-renewable resource that we can’t rely on forever.

Recommended Reading:
Climate stories don’t have to be depressing to be effective

Added to this, as populations expand, there’ll be a growing need for phosphorus to grow more crops. In fact, the study found that there were stark increases in phosphorus consumption in 36% of countries between 2000 and 2010, including Indonesia and large swathes of Africa. This underscores the increasing necessity to find alternatives.

Manure could be that alternative – so how do we make use of all its wasted phosphorus? The researchers suggest that manure could be applied directly to farmland, or phosphorus could be efficiently extracted from manure using biodigesters. That will, however, require infrastructure, and transport in many cases, to get all that unused manure to where it needs to go – something that will be more difficult to accomplish in some parts of the world.

But perhaps an extra motivating factor would be the measurable benefit to the environment that this would bring: repurposing piles of manure as fertilizer would stop it entering the environment, and reduce the resulting eutrophication of rivers, lakes, and the sea. It’s time to rethink this waste as a massive, global opportunity.