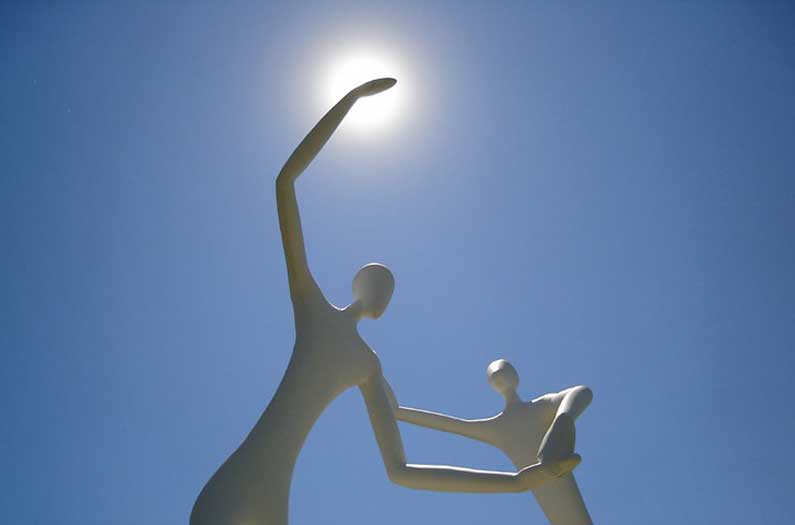 The nuanced dance of hope and doubt in climate change mobilization

"Recognizing that we could reduce climate change, but that people are not doing enough and thus we may fail, is highly motivating” to get people to take action, a new study finds.
By Sarah DeWeerdt
May 28, 2019

Over the past few years there’s been lots of debate over the best way to communicate about climate change. Will doom-and-gloom messages scare people into action, or cause them to give up? Will emphasizing hope put people in a can-do frame of mind, or reduce their sense of urgency?

Despite the robust debate, there’s very little hard evidence about what works best. But a new study suggests that both types of messages are necessary, and probes the nuances of how to move people to take action.

In the first part of the study, researchers analyzed the responses of 674 American adults to an online survey conducted as part of the Climate Change and the American Mind project. All of the respondents were people who acknowledged that human-caused climate change is happening. The researchers asked them to describe what factors make them hopeful that we can address climate change, or doubtful that we will successfully do so.

Nearly one-quarter (23%) of people either said they were not hopeful that climate change will be solved, or couldn’t think of any specific reasons for climate hope.

Those who were hopeful most often cited positive reasons having to do with people working together, such as seeing or learning about other people’s actions, or having a sense that society is increasingly aware of climate change as a problem.

Respondents had an easier time coming up with reasons to feel doubtful that we will manage to keep climate change in check. Their reasons “related in large part to perceptions that human nature is flawed–that people are greedy, ignorant, inherently apathetic, or have difficulty enacting change,” the researchers write. “Concerns about corporations and politicians were also major sources of doubt.”

The statements reflected two different kinds of climate hope: constructive hope, meaning the belief that people will take actions to avert climate disaster, and false hope or wishful thinking, a belief that some outside force such as God, nature, or technology will solve the problem.

Similarly, the statements reflected two different kinds of doubt: constructive doubt, or the worry that people might not take sufficient action in time to solve climate change, and fatalistic doubt, the conviction that nothing humans can do will make a difference or that it’s too late to do anything.

People who have false hopes about climate change also tend to exhibit fatalistic doubt, the researchers found: basically, they believe climate change is out of humanity’s hands.

These beliefs enable people to rationalize inaction on climate change. People who exhibit false hopes and fatalistic doubt tend to express little support for climate policies such as such as regulating carbon as a pollutant or offering tax rebates for solar panels. And they say they are unlikely to take political actions related to climate change such as contacting government officials or signing a petition about global warming.

In contrast, people who have constructive hope also tend to believe individual action against climate change can be effective, support climate policies, and say they will engage politically.

Constructive doubt is also associated with support for climate policies and intention to take political action, suggesting that a little worry can sometimes be a good thing.

The combination of constructive hope and constructive doubt is an especially powerful predictor of political action. “This finding implies that recognizing that we could reduce climate change, but that people are not doing enough and thus we may fail, is highly motivating,” the researchers write.

That all may seem overly specific or too complex, but in fact the study suggests how climate change communicators could precisely tailor their messages for best results. They can focus on building constructive hope, by emphasizing climate solutions that exist and describing how people are fighting climate change. Meanwhile, they can also make space for constructive doubt by emphasizing the magnitude of the threat and the need to step up our efforts.