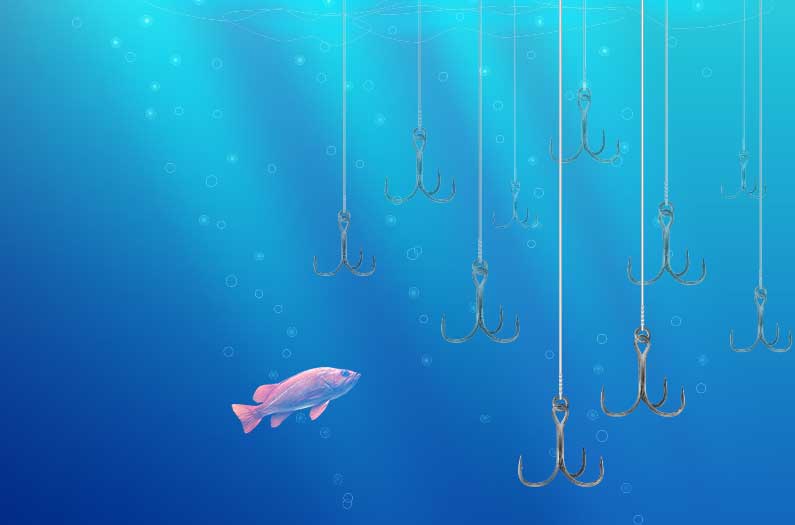 The numbers of fishing vessels have doubled globally since 1950, and fishers are more efficient than ever before. Yet despite all this effort, global catch per unit of effort has declined by 80%.
By Emma Bryce
May 31, 2019

The number of fishing vessels globally has doubled, but conversely, the amount of fish we’re catching is a mere one-fifth of what it was back in 1950, a new study finds.

Its researchers reveal that despite increasingly motorized and efficient fishing fleets globally, fishers are actually having to work many times harder for their catch. Their analysis showed that the global fishing fleet grew from 1.7 million vessels in 1950, to 3.7 million in 2015 – made up of a mix of artisanal and industrial vessels.

But it isn’t just that vessel numbers increased: the number of motorized fleets – both artisanal and industrial – climbed an incredible six-fold over this 65-year period. By 2015, the researchers estimate that 68% of the global fishing fleet had been motorized, with the most notable increases occurring in artisanal fishing vessels.

In fact, the combined engine power used up by artisanal fleets is now equivalent to the power consumed by the industrial sector, the study found. The biggest changes have unfolded in Asian countries, where both the numbers of fishing vessels and their global share of engine power has increased fourfold since 1950.

But despite the considerable upswing in vessel numbers, and a surge in the amount of energy being expended to catch fish, the quantity that boats are actually hauling up has significantly declined. According to the researchers, this shows “the increasing pressure of fisheries on ocean resources” – and suggests that the rapidly growing efficiency of the global fishing fleet has actually been its undoing.

By 2015, catch per unit of effort (CPUE) was down by 80% for most countries in the world, they calculated. This increased pressure has been especially harshly felt in in Africa and Southeast Asia, where there have been huge drops in catch since 1950.

The one positive that emerged from the findings is that starting in the 1990s, the size of industrial fleets in developed regions of the world like North America and Western Europe has started to stabilize and reduce. Yet this comes with a major caveat: the opposite trend appears to be coming true for developing countries.

The researchers calculate that based on historical patterns, an estimated one million more motorized vessels could be venturing out into the seas by 2050, as populations in developing countries expand and fishing industrializes to sate this appetite. Millions more motors on boats could also significantly boost global greenhouse gas emissions, the researchers point out.

To do so the researchers relied on national and international datasets to calculate the number of fishing vessels and their engine power in over 150 countries. Using a model, they could then project how vessel numbers had changed between 1950 and 2015. That was combined with official catch landings data and information on days spent at sea, to show how national catch levels have shifted over the years, and how much energy went into getting it.

The researchers do caution that there are some inevitable uncertainties in their dataset, because fisheries information is not collected consistently around the world, and the definition of what makes an ‘artisanal’ vessel may also vary. Plus, many artisanal fleets may be informal and unregistered.

But despite this, the core message is clear: there are too many vessels, and not enough fish in the sea to catch sustainably. And if we’re going to protect what’s there, we’ll need to think long and hard about how to manage those one million new vessels that be roving the seas in decades to come.