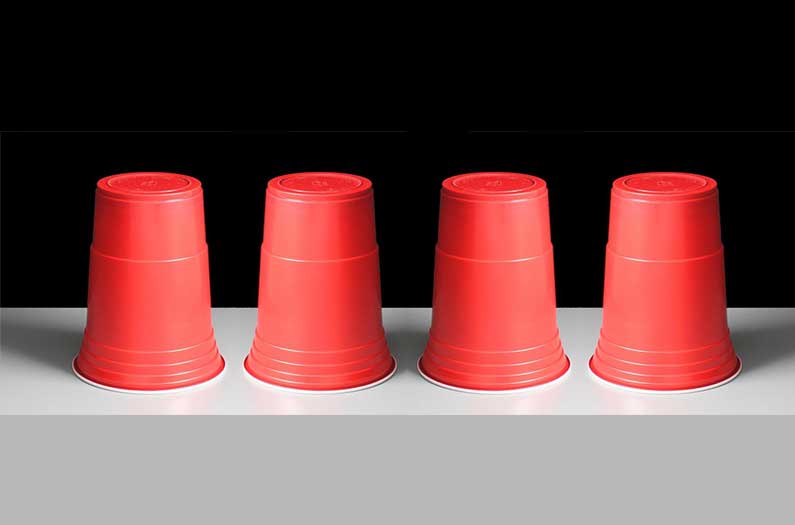 Four strategies to tackle the carbon footprint of plastic

A new study finds that reducing carbon emissions from plastics is technically possible, but the strategy is hugely challenging.
By Prachi Patel
May 2, 2019

A new study published in Nature Climate Change explores ways to cut the carbon footprint of plastic. In it, researchers from the University of California, Santa Barbara say that reducing the carbon emissions from plastics would require four strategies at “an unprecedented scale and pace”: the use of renewable energy, biologically-derived biodegradable plastics, more recycling, and reducing the demand for plastic.

Global plastic production has skyrocketed in the past few decades. The world produced about 400 megatons of plastic in 2015. Only 18 percent of plastic waste is recycled, and about 58 percent goes to landfill. While the impact of plastics on the ecosystem and human health have been studied, little attention has been paid to the materials’ impact on climate change, Jiajia Zheng and Sangwon Suh write.

So the duo set out to analyze greenhouse gas emissions from the production of ten fossil fuel-based and five bio-based plastics, and evaluated how to lower those emissions. Every stage of plastic production emits greenhouse gases: producing resin from petroleum, making products from the resin, and disposal of plastic at the end of its life.

Their calculations show that the plastic produced in 2015 using conventional fossil fuels gave rise to 1.8 gigatons of carbon dioxide equivalent, which amounts to 3.8 percent of global emissions. If things continue as is, this could go up to 6.5 gigatons, or 15 percent of the global carbon budget, by 2050 when yearly plastic production is expected to be over 1,600 megatons.

Reducing plastic demand would cut emissions, especially if combined with renewable energy. But this is going to be difficult as population and incomes rise around the world. Recycling might be the most straightforward way to cut emissions, the researchers found. Recycling all plastic waste would reduce carbon dioxide equivalent emissions to 4.9 gigatons in 2050, or 25 percent from business-as-usual emissions.

In the end, the most drastic reduction in greenhouse gas emissions of plastics—93 percent from 2050 levels, or 0.5 gigatons carbon dioxide equivalent—came from using only sugarcane-based plastics with 100 percent renewable energy, recycling all plastic waste, and reducing the growth in plastics demand. “Our study shows that an aggressive implementation of multi-layered strategies would be needed in order to curb the emissions from plastics,” the researchers conclude.

Seeds bred for monoculture become more suitable for intercropping when they're habituated to other crops, new experiments show.