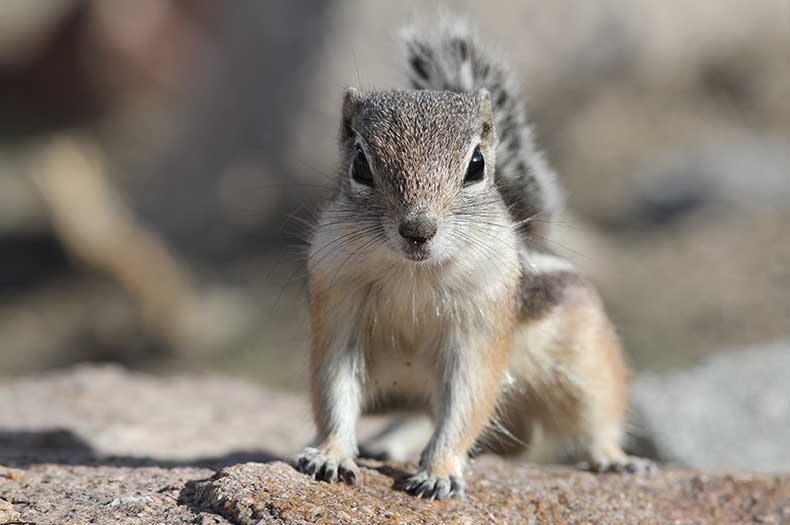 How to turn a persecuted pest into an ecosystem engineer
Efforts to restore keystone species have focused on predators and large herbivores, but another class of keystone species holds great potential for promoting life: burrowing rodents that are common but persecuted.
By Brandon Keim
May 15, 2019

Among the distinctive ecological characteristics of Anthropocene-era Homo sapiens is a predilection for destroying keystone species: those creatures whose activities create habitat and nourish entire webs of life.

Conservationists have tried to reverse this trend, with efforts focused on predators and large herbivores. Yet another class of keystone species has not received much notice: animals, in particular burrowing rodents, who are still abundant in terms of absolute numbers but seldom fulfill their historical, life-promoting roles.

Fostering new populations of these species “is a neglected but promising form of conservation intervention,” write researchers led by Ron Swaisgood, director of recovery ecology at the San Diego Zoo’s Institute for Conservation Research, in the journal Animal Conservation.

Swaisgood and colleagues turned their attention to California ground squirrels, a gopher-sized rodent found throughout the western United States. They provide an important food source for predators; their burrows aerate soil and furnish homes for other animals; their presence maintains grasslands—one of the world’s most endangered ecosystems—and creates habitat mosaics.

When they’re plentiful enough to do all this, though, they’re often unwelcome. “Like many other burrowing small mammals, California ground squirrels are also among those keystone species persecuted as pests and characterized by unrealized conservation potential,” write the researchers. The squirrels “are rarely included in conservation management plans.”

What’s more, they’re often absent from protected areas, where they were long ago extirpated and have not yet recolonized. What few attempts have been made to move colonies to new places have fared poorly.

Swaisgood’s team describes their own translocation efforts, which involved 707 ground squirrels captured at sites around San Diego and moved to several new locales. At each they experimented with different forms of habitat preparation—mowing, digging starter burrows, or leaving existing vegetation intact—and provided shelter and food to help the squirrels settle in. Over the course of a year they successfully established new communities at six of nine test plots.

At present, noted the researchers, those plots are characterized by non-native grasses and reduced ecosystem function. In the future, the new squirrel colonies will transform them—and not into replicas of what existed before, but a hybrid of new and old. “Our approach is not intended to restore the original ecological community,” write the researchers, “but to take a mostly novel ecosystem and increase its value for native plant and animal conservation

Some of the lessons learned, such as the effectiveness of pre-transplantation mowing regimes, may be squirrel-specific. Others, such as the importance of keeping together entire families and neighboring groups, could apply to projects involving other social species.

Other common-yet-persecuted burrowing rodents include prairie dogs in the American southwest, European rabbits, and plateau pikas in central Asia. When these animals are not wanted, suggest Swaisgood and colleagues, they could be moved to protected areas from which they’re now missing—and someday, perhaps, people might simply embrace keystone rodents rather than regarding them as pests.


About the author: Brandon Keim is a freelance journalist specializing in animals, nature and science, and the author of The Eye of the Sandpiper: Stories From the Living World. Connect with him on Twitter, Instagram and Facebook.