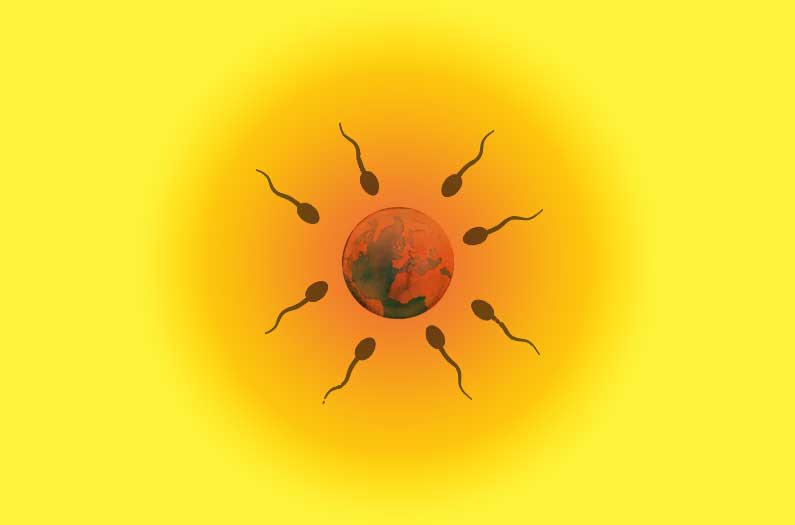 The surprising interplay between climate change and fertility

Climate change could increase fertility rates in tropical countries, in turn magnifying the impacts of climate change on those countries and widening the gap between wealthy and poorer nations.
By Sarah DeWeerdt
May 14, 2019

Climate change will shape every aspect of human life – often in complex ways. Take the question of deciding how many children to have, for example. A new analysis suggests that climate change could increase fertility rates in tropical countries, in turn magnifying the impacts of climate change on those countries and widening the gap between wealthy and poorer nations.

Agriculture requires less formal education than does success in other areas of the economy. So, parents are likely to invest fewer resources in the education of each individual child, and instead have more children. This so-called “quantity-quality tradeoff” is a well-known phenomenon that has played a prominent role in past transitions from agricultural to industrial economies.

The upshot, for a country like Colombia, is higher fertility rates and lower educational attainment. Higher fertility rates often produce economic struggles for countries, so fertility could be part of a feedback loop that exacerbates the effects of climate change. “Our model suggests that damage from climate change for countries at low latitudes may be substantially larger than previously estimated,” the researchers write.

On a positive note, however, cutting emissions to limit climate change could head off this trouble. Dramatic – but still realistic – cuts would essentially erase the demographic effects, according to the model.

Climate change doesn’t affect all countries’ agricultural systems the same way. So, the researchers analyzed what would happen to a Colombia-like economy located at 25° latitude. There the changes in temperature would be larger, but the effects on agricultural productivity would be smaller, leading to smaller effects on fertility.

Finally, the researchers analyzed the effects of climate change on a Switzerland-like economy, characterized by greater wealth, lower birth rates, and higher levels of education compared to Colombia. Surprisingly, they found the same patterns: climate change increases fertility and decreases education if the country is located in the tropics, but decreases fertility and increases education at high latitudes.

“The outcomes for Switzerland and Colombia are nearly identical at all latitudes, suggesting that location, rather than development, is the primary source of heterogeneity in the climate-fertility relationship captured by our model,” the researchers write.

There are lots of other mechanisms by which climate change might affect fertility – including other economic factors, cultural changes, and events like natural disasters and wars. The researchers zeroed in on one mechanism – the quantity-quality tradeoff – as an example to spur investigations in this under-researched area.

Still, the study suggests that changes in fertility rates could magnify inequities already baked in to climate change. The effect on fertility “may increase the income gap between the richer high-latitude countries and poorer equatorial countries,” the researchers write. But that also means that climate change’s effects on fertility magnify the benefits of cutting emissions, they point out.