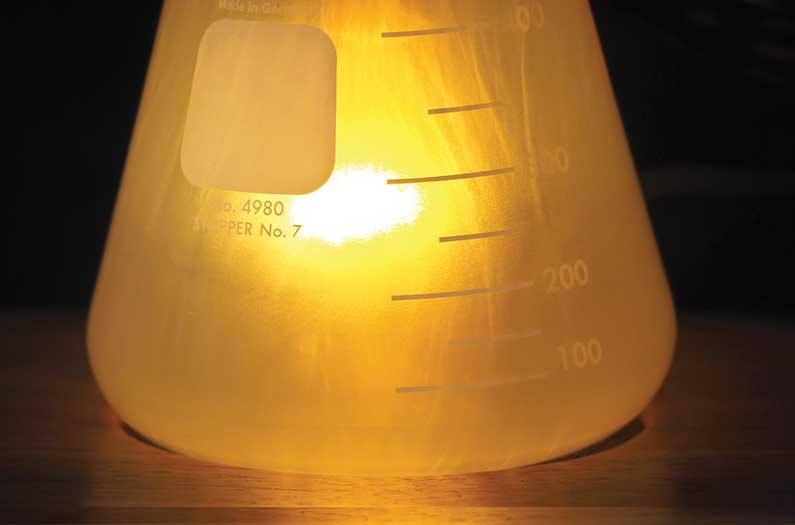 
We usually think of fossil fuels as coming from deep in the Earth, but actually they come from deep in the past. The fossil-fueled energy that powers the global economy originated as sunlight and carbon dioxide that plants, plankton, and algae converted into organic chemicals. Millions of years of heat and pressure transformed those buried chemicals into the oil, coal, and natural gas that we now burn to run our cars and power plants. The problem with fossil fuels is not that they are nonrenewable but rather that their cycle of renewal operates on geological time scales—and we are harvesting them far faster than natural systems can replenish them.

But over the past year, scientists in Sweden and elsewhere have made headway on artificial systems that are far faster at capturing the energy of sunshine in fluid form. Bottled in this way, solar energy could be stored, transported, and tapped on demand as conveniently as oil or natural gas—but without emitting fossilized carbon or gobbling up farmland. Though many technical hurdles remain, recent advances in solar thermal fuels and in hybrid devices that turn sunlight into both electricity and hydrogen are generating fresh excitement in fields that for years seemed to have stalled.

The progress is reviving hopes that smart chemistry and materials science can solve the “gigawatt-day” conundrum—otherwise known as how to keep the lights on and factories humming when the winds fail and clouds block the sun for days at a time. Researchers and entrepreneurs have tried to tackle the problem in other ways—for example, with electric batteries or by pumping water uphill when electricity is plentiful and later releasing it to fill in the calm, gray gaps. But none seems likely to scale sufficiently, due to geographic, economic, and environmental handicaps. The future for solar energy would undoubtedly be brighter if it could be drawn down 24/7 and used for more than just electricity.

Bottled sunshine could be stored, transported, and tapped on demand as conveniently as oil or natural gas—but without emitting fossilized carbon or gobbling up farmland, as ethanol production does.

A Battery for Heat

“A solar thermal fuel is like a rechargeable battery,” explains Jeffrey Grossman, whose lab at MIT has long worked on these materials. “But instead of electricity, you put sunlight in and get heat out, triggered on demand.” Unlike ethanol or a fossil fuel, this bottled sunshine can release its energy without destroying itself. Instead, the molecules in the fuel toggle between two distinct shapes: a “charged” state that stores lots of chemical energy in the bonds among its atoms and a relaxed, “discharged” state.

To charge the fuel, you simply expose it to sunlight. Later, you can extract the energy by passing the charged fuel through a filter loaded with a catalyst. As the molecules toggle back to their relaxed state, they give off heat. “You could use that thermal energy for your water heater, your dishwasher, or your clothes dryer,” Grossman says. “There could be lots of industrial applications as well.”

The trouble, observes Wei Feng, who studies solar thermal fuels at Tianjin University in China, has been finding a commercially practical fuel. The ultimate goal is a clear, low-cost liquid that can grab a big chunk of the energy carried by sunlight (not just the slim ultraviolet portion), then hold that energy for days or weeks at room temperature or below, and finally release lots of heat quickly without gumming up or eroding the catalyst.

A Swedish research group led by Kasper Moth-Poulsen has been testing variants of a transparent liquid called norbornadiene that transforms into quadricyclane when illuminated by ordinary sunlight, in a setup they installed on the roof of the physics building at Chalmers University of Technology in Gothenburg. The material—which is easily made from carbon, hydrogen, and nitrogen—captures up to 30 percent of the incoming solar energy and, once charged, looks to be stable for many years. When pumped through a carbon filter laced with a cobalt-based catalyst, the fluid rapidly heats up from room temperature to around 84°C (183°F)—not quite boiling, but plenty hot enough for a bath or radiator.

“There is still a lot to figure out,” Moth-Poulsen acknowledges. Wei notes that the most efficient variants still need toxic solvents to function well in liquid form, for example. But with an energy density of about 250 watt-hours per kilogram—double that of the Powerwall batteries manufactured by Tesla—the new fuel is encouraging enough that companies have begun calling to discuss commercial applications, Moth-Poulsen says.

From Hydro to Hydrogen

Solar thermal fuels may one day take over some of the work done today by natural gas, but they are unlikely to replace gasoline or diesel. Automakers have experimented for years with hydrogen-fueled vehicles, however, and clean-energy visionaries have long dreamed of producing that flammable gas—the same stuff that makes up the sun—by using sunlight to strip the H2 off H2O.

As with solar thermal fuels, however, the straightforward idea of water-splitting has long been bedeviled by materials that are too inefficient, short-lived, or expensive—and often all three at once. Yet promising ideas have been bubbling up in a few corners of the field. In one of the more impressive demonstrations, a group at the University of Tokyo assembled thin acrylic panels, a meter square, in which a catalytic sheet made from strontium, titanium oxide, and aluminum was covered by a millimeter of water. When they exposed the panel to sunlight, bubbles of hydrogen and oxygen began streaming upward and were collected through an opening at the top. In a reflection of how far the field has to go, the researchers were pleased that the solar-to-hydrogen efficiency reached 0.4 percent and that the panels continued working for six days. To be commercially viable, efficiencies greater than 10 percent and lifetimes exceeding five years will be needed.

A group at Lawrence Berkeley National Lab reported a milestone of a different kind in December 2018: a design for a hybrid device that joins a hydrogen-producing photo-electrochemical cell back-to-back with an electricity-generating photovoltaic solar cell. Though challenging to fabricate, advanced HPEV cells (as they call them) could, they believe, convert solar energy with a total efficiency over 20 percent. Conveniently, the hybrid cells could shift energy output from electrical power to hydrogen and then back again as demand waxes and wanes.

Though solar hydrogen research is still very much in the bench-science stage, Stéphane Abanades of the French National Center for Scientific Research and colleagues in China recently published a design concept for a large-scale solar power tower that could reach efficiencies over 35 percent. The scheme exploits the fact that it’s far easier to split superheated steam than liquid water.

In their plan, rays from sun-tracking mirrors would be concentrated and then split by optics so that shorter wavelengths illuminate PV cells to make electricity while longer-wavelength rays land on a receiving chamber to produce heat. Water, preheated by cooling the PV cells and then boiled into steam by the thermal receiver, would finally get split into hydrogen and oxygen by a solid-oxide electrolysis cell powered by the PV current. The engineers figure that a small 50-mirror plant with a 24-meter tower could generate nearly 10 kilograms of hydrogen a day, plus lots of oxygen. That’s enough to fuel a hybrid hydrogen metro bus for 120 kilometers. Abanades says that by using available components, the design could be scaled up by at least an order of magnitude.

Until someone constructs a functional prototype, it will be easy to dismiss such designs as wishful thinking. But at least this approach doesn’t require any breakthroughs in materials science. And after all, the idea of punching a metal straw through miles of bedrock to suck up the messy remains of ancient algae once seemed like a pipe dream, too. 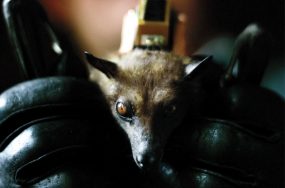 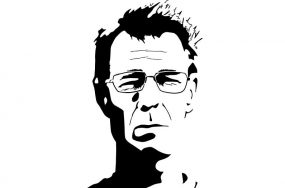