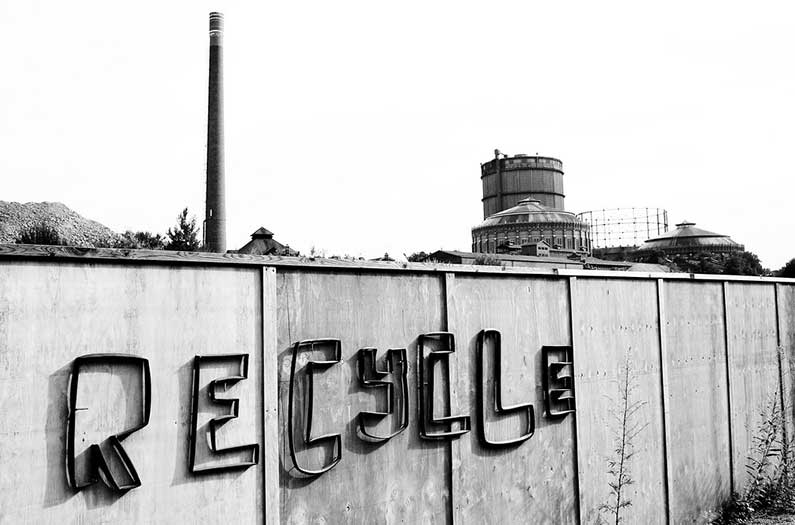 How to get people to recycle more? Tell them what trash can become

One key to getting people to recycle more may be encouraging them to imagine a new life for their trash.
By Sarah DeWeerdt
June 4, 2019

Many everyday products are recyclable, but very little waste actually gets recycled. Only 13% of municipal solid waste is recycled globally, and only about one-quarter in the United States.

Part of the problem is that people put things in the trash that could go in the recycling bin. And recently, recycling rates have been stagnant.

One key to breaking out of this rut and getting people to recycle more may be encouraging them to imagine a new life for their trash, researchers from Penn State University and Boston College report in the July issue of the Journal of Marketing.

The researchers conducted six different experiments to demonstrate that messages emphasizing new goods that can be produced from recycled materials make people more likely to recycle.

“One simple way to increase recycling is to increase the extent to which consumers think about the transformation of recyclables into new products,” they write.

In one experiment, college students in a behavioral sciences laboratory watched an advertisement promoting recycling. Students who saw an ad emphasizing that recycled material is transformed into new products were more likely to recycle papers they’d been given at the beginning of the session than those who watched a more general pro-recycling message.

A similar study had students watch product advertisements. Those who saw ads for products made from recycled plastics (such as children’s toys made from milk jugs) were more likely to recycle their papers than those who saw ads that simply mentioned that a company engages in recycling.

Notably, the ad that emphasized “new life” for trash led to recycling intentions just as strong as the ad that mentioned plastic bottles. The findings suggest that the product transformation messages work because they make people feel inspired, the researchers say. “It is not the outcome itself that is inspiring but, rather, the transformation process,” they write.

Then, the researchers devised a trio of field studies to see how all this plays out in the real world. In one, they showed that people are more likely to click on a Google ad about a jeans recycling program that mentions old jeans are made into insulation than one that says the program keeps old jeans out of the landfill.

Finally, the researchers put up recycling information posters in a college residence hall, and conducted a waste audit of items thrown away by the students. They found that students on the floor with posters emphasizing new products made from recycled materials put less recyclable material into the landfill bin than students on the floor with posters that just described how to sort waste.

Currently, few recycling messages emphasize the transformation of recycled materials into new products. Municipalities and nonprofits could likely increase recycling rates by incorporating such messages into their campaigns, the researchers argue.

Companies could also help increase recycling rates by advertising when products are made of recycled materials. That would benefit the companies, too: more and more companies are starting to make things out of recycled materials, but to scale those efforts up and move toward a circular economy, they need a larger supply of recyclables.

Emphasizing transformation of recyclables into new products “has the potential to be more effective in promoting sustainable behaviors than traditional approaches focusing on the negative outcomes that might be incurred or avoided, which often trigger guilt and defiance,” the researchers write.