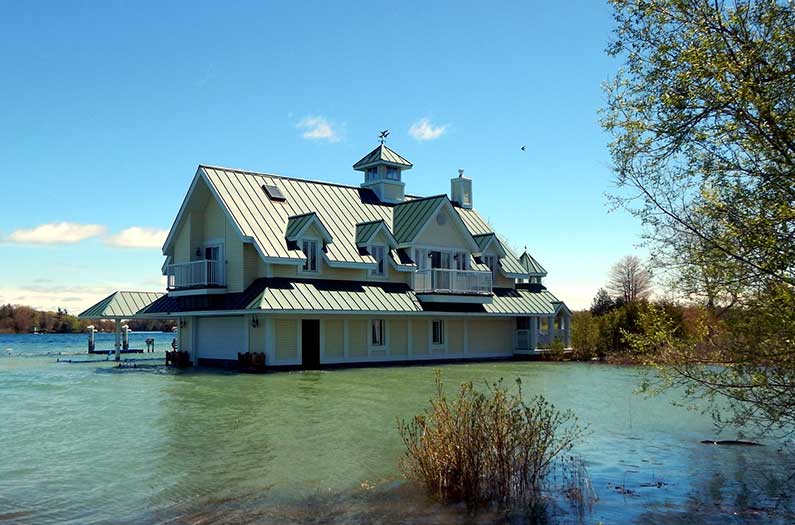 How your neighbor’s house affects your climate change views

But as Elizabeth Albright of Duke University and Deserai Crow of the University of Colorado in Denver write in a paper published in the journal Climatic Change, exactly how this occurs “remains muddy.”

For example, does a person have to be directly affected by extreme weather for it to increase their climate concern? Does your own home have to flood, or is it enough that homes on your street flooded?

Albright and Crow teased out these nuances by studying six Colorado cities: Boulder, Longmont, Lyons, Estes Park, Loveland, and Evans. Massive floods hit these and other communities on Colorado’s Front Range in September 2013. Over the course of just a few days, some areas received rainfall equivalent to their total average yearly precipitation.

The researchers surveyed a total of 903 households in these communities in 2016 and 2017, either online or by mail. The survey asked what people thought about the seriousness of climate change, how much damage their homes and neighborhoods sustained during the 2013 floods, the likelihood that climate change contributed, and the likelihood of future flooding.

The researchers also cross-referenced the survey responses with government maps of flooded areas.

“Damage to one’s community or neighborhood appears to be more powerful in shaping perceptions about climate change than individual experience,” the researchers write.

It’s not clear why this is the case. However, the researchers point out that scientists and the media tend to talk about climate change effects at relatively broad scales rather than in terms of individual households. So people who experienced or noticed flooding at a community scale may have been more likely to connect this with climate change. Plus, people who already have climate change on the mind may be more likely to perceive those larger-scale flood effects. “These findings may speak to the power of collective experiences, rather than experiences felt independently,” Albright and Crow conclude.