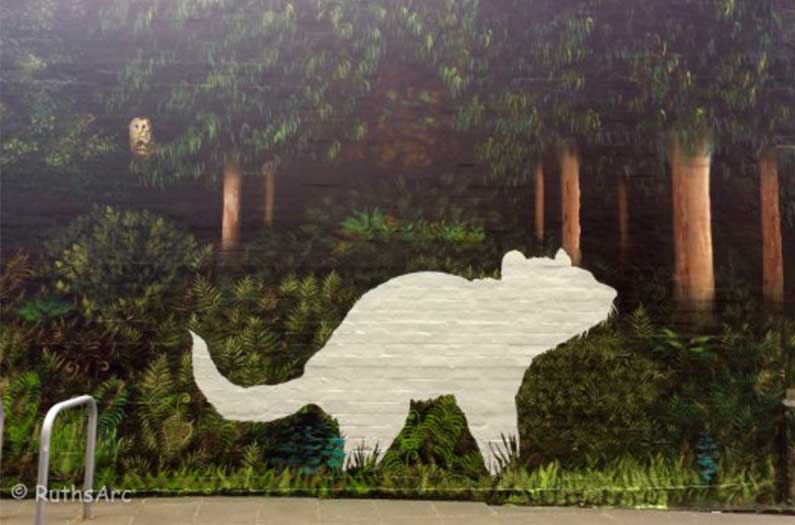 Could Tasmanian devils return to Australia?

Until just a few thousand years ago, Tasmanian devils also lived in Australia—and they might yet return, helping to bring balance to a continent in ecological turmoil.
By Brandon Keim
June 5, 2019

Tasmanian devils are found, just as their name suggests, on the island of Tasmania. Until just a few thousand years ago, though, they also lived in Australia—and the famously ferocious marsupials might live there yet again, helping to bring balance to a continent in ecological turmoil.

“The range of devils once spanned all the main ecological zones in Australia,” write researchers led by Michael Westaway, an archaeologist at Griffith University, in the journal Biological Conservation. “They could conceivably be reintroduced much more widely than has been thought possible.”

Australia has some of the world’s highest extinction rates, with no fewer than 1,700 threatened species and 59 mammals, many found nowhere else in the world, in imminent danger of extinction. Habitat loss is the primary culprit, but adding to the problem is a proliferation of foxes and free-ranging cats, originally introduced to the continent by European colonizers.

Many conservationists support killing foxes and cats—a strategy that’s proved difficult to achieve, and earned some criticism for arguably distracting from habitat issues and the ecological factors that allowed these creatures to cause such problems. Medium-sized mammal predators are, after all, quite common elsewhere in the world, and their populations are usually regulated by larger predators.

Many of these once lived in Australia, from lion-sized Thylacoleonids to so-called Tasmanian tigers and Komodo dragons. All, however, were extirpated or driven extinct, with the notable exception of dingoes, a medium-sized dog introduced to the continent shortly before Tasmanian devils vanished. Dingoes still survive, but they’re persecuted by ranchers and occupy only fragments of their potential range.

Where dingoes are found, though, they appear to reduce cat and fox impacts, and many conservationists have urged their protection. Less attention has been given to what Tasmanian devils might do—but in recent years people have wondered whether they too could keep cats and foxes in check. Indeed foxes have not established themselves in Tasmania, where devils are quick to sniff out their dens, and devils seem to have reduced cat populations as well.

Before devils can be reintroduced, though, several questions need to be answered, including whether they’re capable of surviving in habitats different from their Tasmanian scrub and forest homes. To investigate that, Westaway and colleagues reviewed paleontological records of Tasmanian devils in mainland Australia. They tabulate more than 120 fossil sites, including grasslands and deserts and savanna. It would seem that devils “are able to cope with a wide range of environmental conditions,” write the researchers.

Another key question is whether devils would coexist with threatened and endangered species. If reintroducing them merely added one more predatory pressure on already-beleaguered creatures, it could be a disaster. Yet when Westaway’s team examined the fossil record at two exceptionally well-preserved sites in southeastern Australia, featuring remains deposited between 10,000 and 4,000 years ago, they found that other animals had thrived with devils around.

Devils did sometimes prey on now-threatened species, the fossils suggested, but not very much—which is also the case in Tasmania. This finding suggests “that devils can coexist with native small-to-medium species over long periods of time,” the researchers write.

These findings “add substantial weight to the idea of reintroducing devils to the mainland as a way of suppressing cat and fox numbers,” say Westaway and colleagues. People in the livestock industry might also find devil reintroduction more appealing than protecting dingoes, as devils don’t prey on sheep or cows.

A next step is to conduct controlled field experiments in large, enclosed mainland areas, so as to better understand the impacts of devils on other species. More remains to be learned, but an Australian homecoming for Tasmanian devils seems possible.