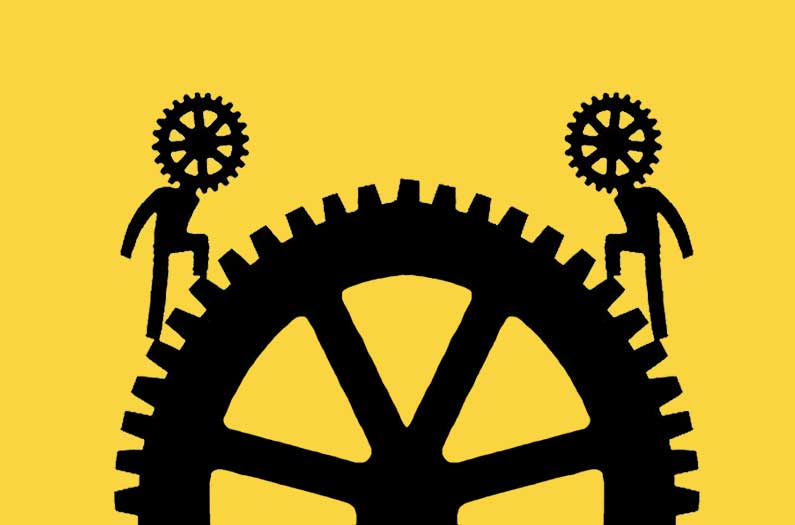 How social learning can speed up or slow down climate action

The human tendency to look around at what our neighbors are generally doing and adhere to the social norms we observe can be a powerful force standing in the way of climate action.
By Sarah DeWeerdt
June 11, 2019

Computerized climate models that project how greenhouse gas emissions will lead to climate warming are pretty blunt instruments when it comes to human behavior. They tend to assume a static emissions “pathway,” but in reality, the behavior underlying emissions is dynamic. What we do also shifts over time, and is itself influenced by a warming climate.

A new study by researchers from the Universities of Waterloo and Guelph in Canada wrestles these complexities into a software package. Unlike a few past attempts in this area, theirs is the first to incorporate social learning – the process by which contact with other people shapes our beliefs and behaviors.

We can learn about climate-friendly actions from people who buy an electric vehicle, put solar panels on their house, or stop flying for the sake of the planet. But the human tendency to look around at what our neighbors are generally doing and adhere to the social norms we observe can be a powerful force standing in the way of climate action, the researchers report in PLOS Computational Biology. (Case in point: I wrote much of this post on an airplane.)

To get a first approximation of how these factors interact, the researchers combined a simple social model with a simple climate model. In the social model, people can either be climate-friendly ‘mitigators’ or high-emitting ‘non-mitigators.’ Contact with others can cause people to switch from one category to the other, depending on the relative proportion of each group in the population, the costs imposed by climate change, and the costs of climate action. In the climate model, in turn, emissions vary depending on the proportion of non-mitigators in the population.

Depending on how fast social learning happens, global average temperature could peak anywhere from 2.2 ˚C to 3.5 ˚C above pre-industrial levels, the researchers found. In other words, the difference between fast and slow spread of climate-friendly actions in the population is more than 1 ˚C of climate change.

Unfortunately for the climate, social norms tend to shift slowly, especially at first. “Social norms reinforce majority behavior and therefore may not provide help when we most need it because they suppress the early spread of mitigative behavior,” the researchers write.

But once change comes, it can happen fast. “Social learning creates a positive feedback loop once there is a net positive utility to mitigate,” they write. “This results in a sharp non-linear increase in mitigators.”

Reaching the Paris Agreement’s goal of limiting warming to 2 ˚C or less will require both faster social learning and a lower cost of mitigation, the model indicates. Reducing the cost of mitigation through public policies that subsidize climate-friendly actions (such as tax rebates for solar panels) or penalize actions that harm the climate (such as a carbon tax) can accelerate social change by a lot.

By varying different parameters in the model, the researchers were able to determine what social and policy conditions would get people to adopt climate-friendly behaviors fastest, and thus provide the quickest pathway back from peak warming.

They found that the most efficient approach is to increase social learning first, getting the word out about climate-friendly actions through media coverage, public fora, and informal conversations. Then, use public policy to reduce the costs of mitigation. Prioritizing social learning first will make the subsequent policy changes more effective. This suggests that right now, one of the most important things we can do for the climate is not ever shut up about it.