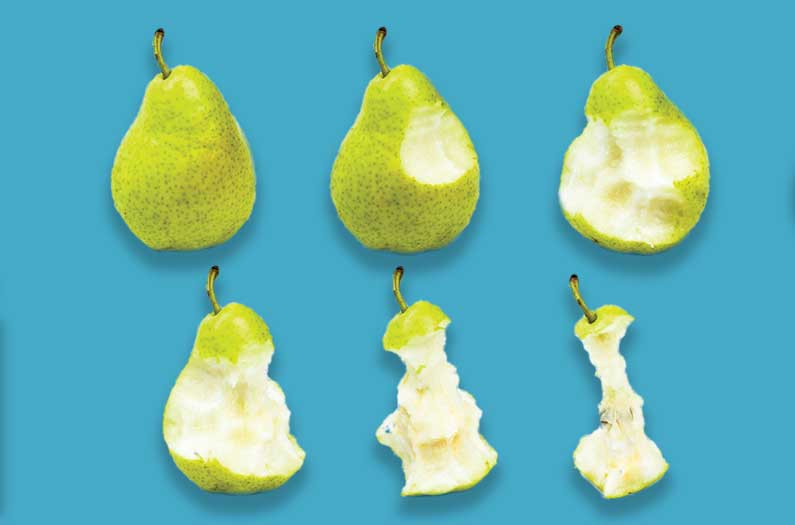 29 incremental changes that could transform our food system

Making a series of incremental, achievable changes worldwide could free up almost a quarter of the land devoted to agriculture.
By Emma Bryce
July 26, 2019

Making small changes to how we eat, farm, and produce food could save almost a quarter of agricultural land globally. This challenges the idea that big environmental wins can only result from huge, ambitious changes, say a team of British and German researchers on a new study.

Currently, agriculture uses up almost 40% of all land on the planet, and with food demand set to rise by 116% by 2100, that will only expand—eating into wild habitats and furthering climate change with the expulsion of greenhouse gases.

But if we make a fleet of 29 achievable changes in combination worldwide—everything from replacing red meat with chicken, to reducing post—harvest losses, and using food waste as animal feed, we’d free up 21% of currently—farmed land.

Crucially, the researchers on the new paper found that these changes only need to increase very incrementally, at rates of between 0.5 to 5% over 5 to 15 years, for that amount of land to be saved. And if, more ambitiously, we doubled the rate of change over time—which for some measures would mean just a 1 or 2% increase over 15 years—we’d free up to 37% of farmland for other uses.

A closer analysis reveals that in developed nations like the United States and the United Kingdom, making small but concerted dietary changes will lead to the biggest land savings. These include things like increasing the rates of vegetarianism among citizens, reducing overconsumption, and gradually increasing the quantity of ‘alternative’ proteins like tofu and insects in diets. Mainly due to the reduction in meat consumption, these changes would contribute to a global 23% decline in pastureland, and a 24% reduction of global cropland needed to farm animal feed.

In developing countries, the drivers of land-savings were different—mainly coming down to improvements in production and supply chains. That would mean gradually bringing in achievable measures like better food storage and transport so that less food is sacrificed after harvest.

Interestingly, one of the rare increases in land area occurred in cropland, due to collective effect of shifting from meat—to more plant-based diets under these changes—which would obviously require more crops.

Still, the overall effect of all the 29 changes combined was a huge global reduction in land-use.

The researchers also divvied up the projected land savings according to three main categories. Altogether, 48% of the land potentially saved would be attributable to incremental changes in diet, mainly a shift away from meat. Another 35% in savings came down to increased production efficiency, and 17% from efforts to reduce food loss globally.

They made these findings by firstly selecting the 29 goals that they deemed to be achievable over the short- to medium-term. That meant measures that we could feasibly put in place now—not futuristic approaches. After drawing up this shortlist, they analyzed the diets of 7 world regions, and modeled how much land could be saved globally by combining the 29 methods.

Their approach drew inspiration from the theory of ‘marginal gains’, which describes how small individual changes that are negligible when alone, can drive large overall shifts if applied en masse across a whole system.

The powerful thing about this approach, the researchers say, is that it’s more likely to translate into real change: incremental shifts are typically more appealing to policymakers than large, potentially risky ones. It also means we can tailor approaches to different parts of the world, instead of applying blanket changes like the reduction of protein consumption—which might not be appropriate everywhere.

Ultimately, there’s hope in the idea that small changes can make a big difference. “The concept of marginal gains suggests that transformation need not necessarily result from sudden or large changes in existing systems,” the researchers write.