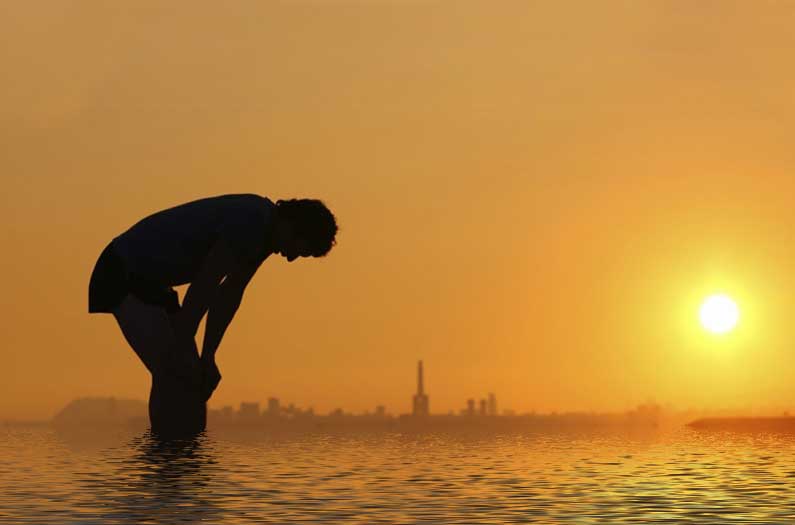 Get ready for new forms of extreme weather: hurricanes plus heat waves

Climate change could spark the emergence of new forms of extreme weather that are especially difficult to prepare for because we’ve never seen them before.
By Sarah DeWeerdt
July 23, 2019

Most discussion of climate change and extreme weather focuses on how existing weather hazards such as heat waves, floods, and droughts are likely to become more frequent and intense.

But climate change could also spark the emergence of new forms of extreme weather that are especially difficult to prepare for because we’ve never seen them before.

Suppose, for example, a powerful tropical cyclone causes widespread power outages and then, before the grid can be repaired, a heat wave hits. The lack of power for air conditioning to mitigate the heat could put a lot of people at risk.

Until now, such events have been rare. But according to an analysis published yesterday in Nature Climate Change, if high carbon emissions continue these combined tropical cyclone-heat events could be an annual occurrence by the end of the century.

Researchers gathered records of 121 major tropical cyclones that made landfall in the Northwest Pacific, South Indian, and North Atlantic basins between 1979 and 2017. They computed the probability of a cyclone affecting given location on land for each day of the year.

They also used temperature records to compute the probability of locations experiencing a heat index of 40.6 °C (105 °F) for each day of the year. This enabled them to model the likelihood of a heat wave occurring in the 30 days after a storm’s landfall. A 2015 map of global population added the final piece: how many people might be affected by these tropical cyclone-heat events.

Such events can be expected to occur about once a decade, the researchers calculated, and to affect about 400,000 people. In fact, four tropical cyclones were followed by heat waves between 1979 and 2017. But as luck would have it, they all occurred in remote areas of northwest Australia, with only about 1,000 people affected.

Several other major storms have been followed by heat that fell just short of the 40.6 °C cutoff, including Cyclone Marian that hit Bangladesh in 1991, Hurricane Emily that struck the Caribbean and Mexico in 2007, and Typhoon Rammasun that smashed into the Philippines in 2014.

And as climate change proceeds, such storms will become more and more likely to be followed by heat waves. For example, with 2 °C of global warming, there’s a greater than 70% chance that a storm like Cyclone Marian would be followed by extreme heat.

If anything, the analysis probably underplays the risk. That’s because the calculations don’t take into account the fact that tropical cyclones are predicted to happen more often with climate change, nor do they account for future population growth in regions prone to both tropical cyclones and extreme heat. Plus, the heat index tends to be elevated in the days before a tropical storm – meaning evacuations in the path of a coming storm could also become increasingly dangerous.