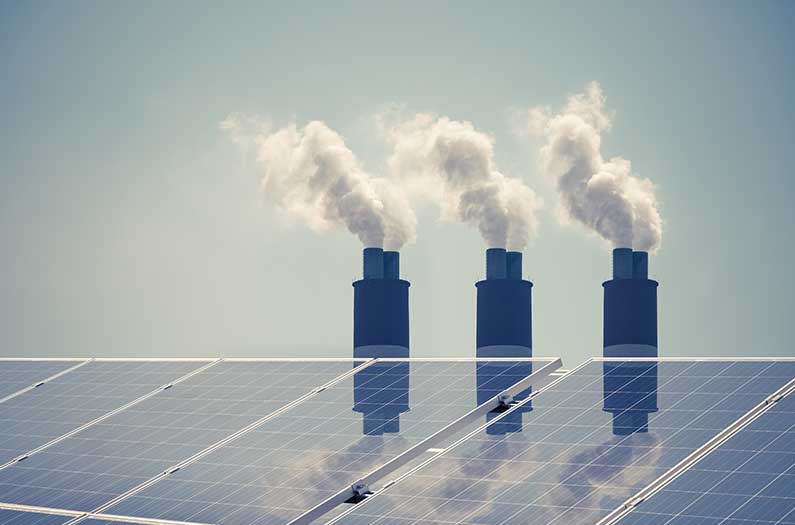 Rising air pollution in China has decreased the country's solar power potential by blocking sunlight from reaching the Earth. Reverting back to 1960s pollution levels would boost solar power by 13 percent, generating billions in revenue and helping the country meet its ambitious solar goals
By Prachi Patel
July 10, 2019

China, already a world leader in solar power, has set ambitious goals for the technology for the coming decades. But the nation’s polluted skies, which diminish its citizens’ health, are also dimming the country’s solar prospects.

A new study published in Nature Energy shows that rising air pollution between 1960 and 2015 has decreased the potential of solar electricity by up to 15 percent by blocking sunlight from reaching the Earth. Reverting back to 1960s pollution levels in China could boost solar power by 13 percent and generate billions of dollars in revenue.

China has invested heavily in solar power, going from less than 1 gigawatts of solar capacity in 2010 to a world leader with 130 gigawatts of capacity just seven years later. Their goal is to reach at least 400 GW by 2030, to provide 10 percent of the country’s energy use. But in the rapidly developing economy that relies on coal and heavy industry, high air pollution levels are known to dim skies and clog lungs.

Bart Sweerts of ETH Zürich in Switzerland and his colleagues analyzed radiation data from 119 observation stations across China to calculate how much the skies have dimmed. They also looked at previous data on cloud cover and on the emissions of sulfur dioxide and black carbon, which are emitted from the burning of coal and biomass, to confirm that the majority of dimming is because of these fine particle emissions.

Then the team assessed how the dimming affected different types of solar photovoltaic systems ranging from residential rooftop solar panels to utility-scale solar farms. They found that by 2016, polluted skies led to a loss of 14 terawatt hours of solar electricity generation. And by 2030, that number goes up to as much as 74 TWh. That amounts to a revenue loss of US $1.9 billion in 2016 and $6.7 billion in 2030.

Concern over the health effects of air pollution has pushed China in recent years to adopt policies to limit coal consumption and reduce emissions, the researchers write. Reducing air pollution to 1960s levels would also result in an “electricity bonus.” In fact, the 12–13 percent increase in solar electricity production that might be possible by eliminating most air pollution by 2030 would “exceed the technology-driven efficiency improvements for crystalline-silicon PV panels of 8–10% achieved between 2005 and 2017.”