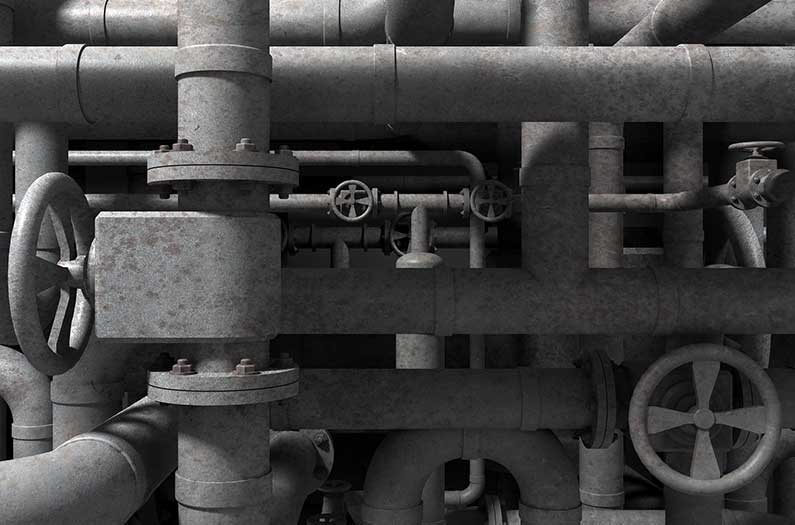 Operation of already existing power plants, factories, and other fossil-fuel infrastructure could be enough to push the world past 1.5 °C of warming.
By Sarah DeWeerdt
July 9, 2019

Call it denial, call it compartmentalization of thinking: We know that we have to decarbonize the global economy by mid-century in order to avoid catastrophic climate change. And yet, we continue to plan and build fossil-fuel infrastructure, all but guaranteeing high carbon emissions will continue for decades.

The latest analysis of these so-called “committed” emissions suggests that operation of already existing fossil-fuel infrastructure could be enough to push the world past 1.5 °C of warming.

A team of U.S. and Chinese researchers combed through international databases and government documents for information on fossil-fuel infrastructure around the world. That includes everything from power plants and cement, iron, and steel factories to home furnaces and stoves to private cars, semi trucks, airplanes, and container ships.

They assembled data on the age of existing fossil-fuel infrastructure, typical emissions, and how long each type of infrastructure tends to last. For example, power plants operate for about 40 years on average; a car is on the road for about 15.

Several studies have estimated committed emissions, but this is the most comprehensive and up-to-date effort, taking into account events such as rapid economic growth in China, recovery from the global financial crisis, and the advent of the Paris Agreement.

“Global committed emissions are now at the apex of a 20-year trend,” the researchers write in Nature. Their calculations indicate that existing fossil-fuel infrastructure will emit an estimated 658 gigatonnes (Gt) of CO2 over its lifetime.

In contrast, the Intergovernmental Panel on Climate Change (IPCC) has estimated that only 420-580 Gt CO2 can be emitted in order to have a 50-66% chance of limiting warming to 1.5 °C.

So we are already over our collective 1.5 °C carbon budget just with existing fossil-fuel infrastructure. But result is even starker once proposed, permitted, and under construction power plants are added to the picture. The researchers calculate those plants would add a further 188 Gt of committed emissions.

The total committed emissions of 846 Gt CO2 from existing fossil-fuel infrastructure and proposed power plants not only blows way past the 1.5 °C carbon budget, but it chews through perhaps two-thirds of the 2 °C carbon budget. The IPCC estimates that between 1,170 and 1,500 Gt CO2 can be emitted if warming is to be kept within 2 °C.

The analysis suggests that in order to limit warming to 1.5 °C, we can’t bring any more new fossil-fuel-burning devices on line, and we’ll have to retire some power plants, factories, and other infrastructure early.

Those are both pretty radical steps. But if we don’t take them, the researchers say, reaching the 1.5 °C target will depend on expensive retrofits of power plants for carbon capture and storage, large-scale deployment of unproven negative emissions technology, or controversial geoengineering.

Power plants account for about half of all committed emissions, and industrial infrastructure like factories an additional one-quarter. But together they account for less than one-quarter of the economic value of existing fossil-fuel infrastructure. So early retirement of such facilities could be a cost-effective way to reduce committed emissions – although the researchers acknowledge that’s likely to be a heavy lift, since utilities and industry are often politically powerful.

China could also be a good place to focus efforts to curtail committed emissions. Because of the country’s rapid urbanization and industrialization in the last couple of decades, China has lots of relatively young fossil-fuel infrastructure. For example, 79% of the country’s current power generating capacity was commissioned after 2004. Overall, China accounts for 41% of committed emissions worldwide.

Of course, early retirement of fossil-fuel power plants in China isn’t the whole solution. As older power plants and other facilities in the U.S., Europe, and elsewhere reach the end of their lives, they’ll have to be replaced with renewable sources, too.