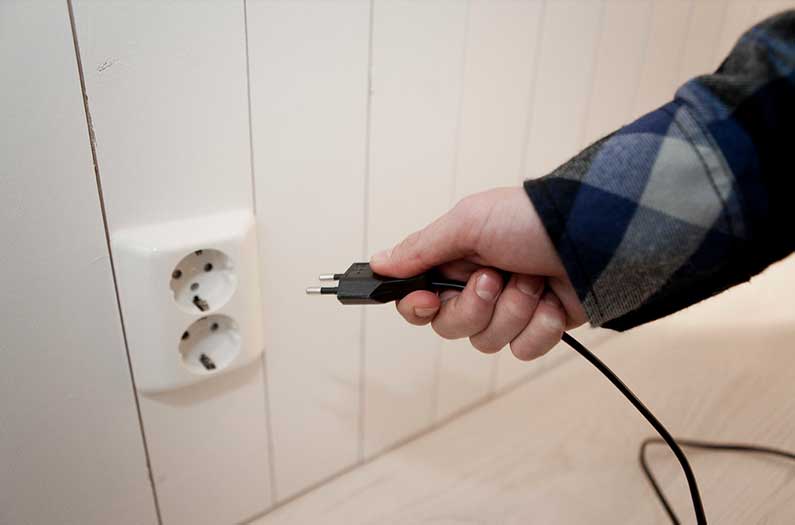 Carbon emissions from U.S. buildings could be cut by nearly 80% – here’s how

Cutting nearly four-fifths of carbon emissions from U.S. buildings by midcentury is possible – but it will be a heavy lift, requiring simultaneous action on multiple fronts.
By Sarah DeWeerdt
August 20, 2019

If there’s one thing conversations about climate change mitigation have in abundance, it’s ambitious goals and benchmarks.

If there’s one thing they tend to lack, it’s concrete, step-by-step plans for how to achieve those goals.

Take the U.S. Midcentury Strategy for Deep Decarbonization, a document that the Obama Administration submitted to the United Nations in 2016. It calls for an 80% reduction in greenhouse gas emissions, relative to 2005 levels, by 2050.

It’s obvious that residential and commercial buildings have big roles to play in meeting that goal. The buildings sector is responsible for 36% of U.S. greenhouse gas emissions, mostly from energy use in buildings – heating, lighting, cooling, appliances, and so on.

But is an 80% drop even feasible? It’s hard to know, because energy use in buildings is really complex. A house in Phoenix might have the air conditioning running at the same time that a house in Minneapolis has the furnace on, for starters. An air conditioner could run on electricity from a wind farm or a coal-fired power plant; a furnace could burn natural gas or heating oil.

So researchers at the Lawrence Berkeley National Laboratory and the National Renewable Energy Laboratory built an open-source software program, dubbed Scout, that models how specific energy-saving technologies deployed in particular types of buildings in different climates are likely to affect energy use and carbon emissions at a national scale.

They used the new software to show that cutting nearly four-fifths of building emissions by midcentury is possible – but it will be a heavy lift, requiring simultaneous action on multiple fronts.

In the best-case scenario that they modeled, building emissions in 2050 could be 78% lower than 2005 levels. (Slightly less stringent scenarios could produce 72% to 74% emissions savings, according to the analysis published August 15 in the journal Joule.)

A lot of emissions savings can be had just by switching to clean energy. The best-case scenario assumes that nearly half of electricity nationwide will come from renewable sources in 2050. That switch alone achieves a 62% reduction in building emissions.

But renewable energy is no “silver bullet,” as the researchers put it. Improved efficiency measures, especially beefing up wall and window insulation, sealing air cracks, and high-tech thermostats and other “smart” building controls will also be necessary.

Incentives to encourage consumers to switch from fuel-fired to electric space heating and water heating systems (such as rebates for replacing oil furnaces with electric heat pumps) can pretty much close the remainder of the gap.

“The majority of savings will come from the existing building stock,” the researchers write. “In particular, retrofitting existing residential buildings and upgrading their equipment presents the single largest opportunity for avoiding carbon dioxide emissions.”

That means governments will need policies that encourage individual property owners to perform such upgrades – and to continue to do so, lest relatively early versions of energy-saving technologies get “locked in,” and prevent even more efficient technologies from later taking hold.

If renewable electricity is plentiful, then efficiency improvements to building features that are already mostly electric – like air conditioning, lighting, and refrigeration – don’t contribute much more to reducing carbon emissions. But until battery storage gets better and cheaper, we need to find ways to deal with the variability inherent in renewable energy supplies.

So improvements in efficiency and flexibility in when these devices draw power from the grid are important to enable renewable energy adoption in the first place. This, too, could be a lever for public policy to lean on, the researchers say.