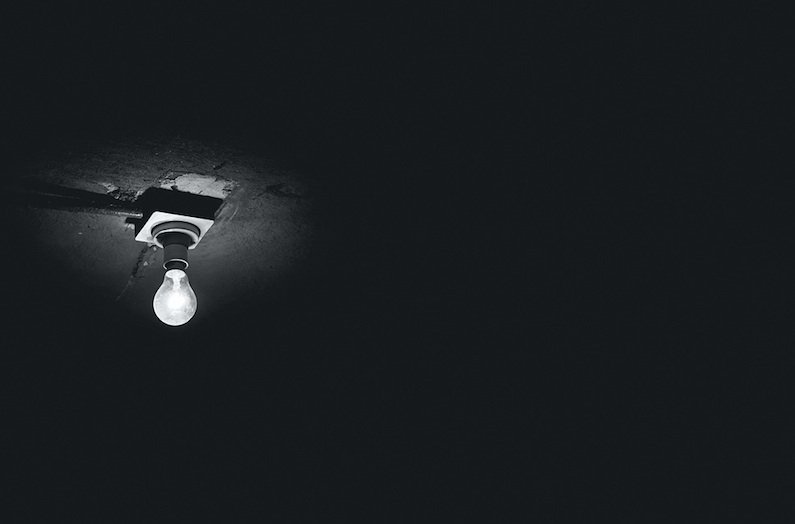 This device produces light from darkness

No sunshine? No problem. New device harnesses the cold darkness of space to generate enough renewable power at night to light up a LED bulb.
By Prachi Patel
September 26, 2019

Critics of solar power are quick to point out that you can’t produce power when the sun isn’t shining. A new device reported in the journal Joule could be the answer. It harnesses the cold darkness of space to generate enough electricity at night to light up a LED bulb.

The device utilizes the concept of radiative cooling, in which all objects on the Earth’s surface radiate heat into the atmosphere at night when the sky is cool. Researchers at Stanford University and the University of California, Los Angeles have harnessed this same idea before to make a passive cooling system that does not require much energy.

To make the new nighttime renewable energy generator, the team started with a commercially available thermoelectric module, a device that converts a temperature difference into electricity. They attach one side to a 20 cm-wide aluminum disk that is coated with a commercial black paint. Then they placed it in a plastic enclosure covered with mylar and placed under a transparent cover.

This side faces the sky and radiates heat out into space, keeping it colder than ambient air. The other side, made of an uncoated 20-cm aluminum disk, is warmed by the surrounding air. At night, there is a temperature difference of a few degrees Celsius cooler than the bottom of the generator.

The researchers tested the prototype on a December night under a clear Stanford sky. The generator produced up to 25 milliwatts of power per square meter, enough to light a small LED bulb.

The simple device is made with low-cost commonly available materials and should be easy to produce on a large scale, the researchers say. Further engineering improvements may include better insulation or increasing the area of the heat radiator. They show that the device would work best, producing 0.5 watts per square meter in dry, warm conditions such as during the summer in a Mediterranean or desert climate.

“Beyond lighting, we believe this could be a broadly enabling approach to power generation suitable for remote locations, and anywhere where power generation at night is needed,” said paper co-author Aaswath Raman, a professor of materials science and engineering at the University of California, Los Angeles.

Image by Devanath from Pixabay