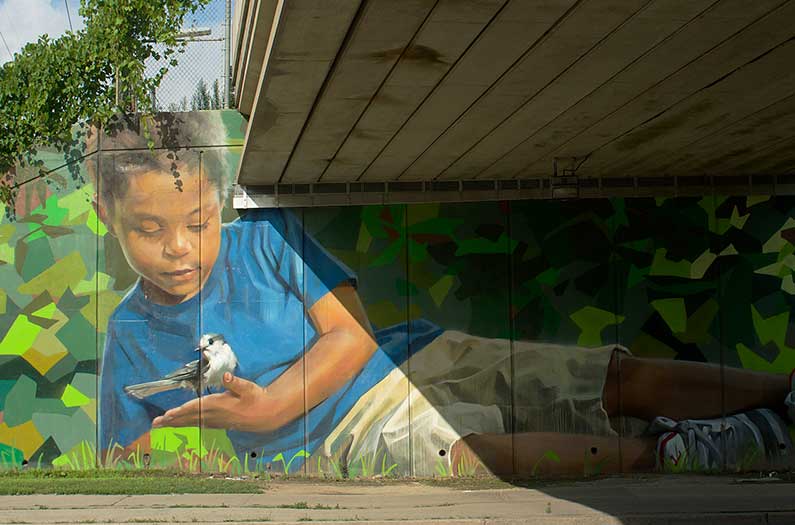 The surprising ways that city and country kids think about wildlife

It's widely assumed that rural children are closer to nature than their urban counterparts. But is that really true?
By Brandon Keim
September 18, 2019

As children spend ever more time indoors—eyes fixed upon screens rather than sunrises, ears tuned to Spotify instead of birdsong—they undergo what conservationists call the “extinction of experience.” They no longer have an everyday connection to nature. This extinction is thought to be especially widespread in urban and suburban areas, where kids have are exposed to less wild nature than their rural counterparts. Yet is that really the case?

“Little research has been conducted on children’s attitudes toward wildlife, particularly across zones of urbanization,” write researchers led by Stephanie Schuttler, a biologist at the North Carolina State Museum of Natural Sciences, in the journal PeerJ. Their study found that “children across all levels of urbanization viewed wildlife in similar ways”—for better or worse.

The researchers asked 2,759 4th-through-8th grade North Carolina schoolchildren about the animals they liked most and those they found scary, and to rank their five favorite mammals from a list of 20 local and exotic species. Slightly more than half the students lived in suburban areas, while the rest were exurban or rural dwellers.

Dogs and cats proved to be the most-popular creatures. They were followed by pandas, rabbits, wolves, monkeys, and lions—all of them, with the exception of rabbits, exotics who would only be encountered on screen or in captivity. Local species registered in mostly negative ways; kids were three times more likely to find local animals—skunks and bobcats, coyotes and bats—frightening than to like. The students were also creeped out by invertebrates, reptiles, and fish.

As conservation biologists, we are encouraged by the large percentage of globally endangered animals included for animals children liked,” write Schuttler and colleagues, “but find the low knowledge and unfavorable attitudes toward local species troubling.”

Contrary to the researchers’ expectations, these patterns held fairly constant regardless of where kids lived. Though rural students, particularly those who hunted, were slightly more likely to appreciate local species, the difference was not great. “The presumed higher levels of familiarity children in more rural areas have with local wildlife is limited,” write the researchers. “Our results imply that it may not be urbanization alone that is driving the Extinction of Experience, as the disconnect with wildlife among children spans across areas of urbanization.”

An important caveat is that the study involved only students living in one state. There were also far more suburban and exurban than rural kids. “Future research should continue to explore these questions with larger and more diverse samples,” noted the researchers—but, with that said, their findings were intriguing.

Perhaps the exposure that rural kids have to local wildlife simply doesn’t translate to familiarity or favorable attitudes. Or they might not have much exposure in the first place, a possibility supported by growing evidence that rural children are spending less time outdoors than did past generations. Schuttler and colleagues note that educational and recreational programs that focus on local, everyday species are important. Just noticing plants and animals on the way to school can go a long way, and citizen science programs can help nourish familiarity.

That applies to rural and urban children alike—and, say the researchers, it’s urgently needed. “People tend to care about and invest in what they know. Children represent the future supporters of conservation,” they write. “As the disconnect between children and wildlife is perhaps even more pronounced than previously understood, intentionally providing children experiences in nature may be one of the most important actions conservation biologists can take.”