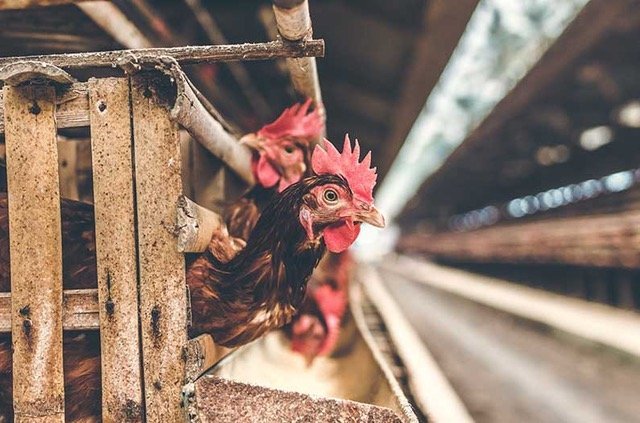 The surging global appetite for farmed meat is causing dangerous levels of antimicrobial resistance in developing countries, warns a team of researchers in Science.

They’ve produced a map that gives a global picture of where antimicrobial resistance is growing, and where it’s just emerging – pinpointing regions where this global health concern could be tackled before it gets worse.

They found that in lower- and middle-income countries between 2000 and 2018, the proportion of antimicrobial drugs with resistance higher than 50% has almost tripled in chickens and pigs – the two most widely-farmed livestock. In chickens, the rate has risen from 15% to 41%, and in pigs, it’s gone up from 13% to 34%.

Translated another way, that means that a third of the available veterinary drugs are failing in chickens half the time, while a quarter of those drugs don’t work in pigs half the time.

In high-income countries, antimicrobial resistance has been fairly well monitored over the last decade or more. But this isn’t true in lower- and middle-income nations, where the resources and infrastructure aren’t necessarily there to do that job.

The researchers wanted their map to fill this gap, and it reveals previously unrecognised hotspots of antimicrobial resistance.

For instance, it shows that the two huge and populous nations of China and India are home to the largest hotspots of resistance. There are also hotspots in parts of Pakistan, Iran, Turkey, Brazil, Mexico, and South Africa. In Kenya, Morocco, and Uruguay, the researchers identified nascent signs of of resistance – though levels there were lower than their benchmark of 50%. 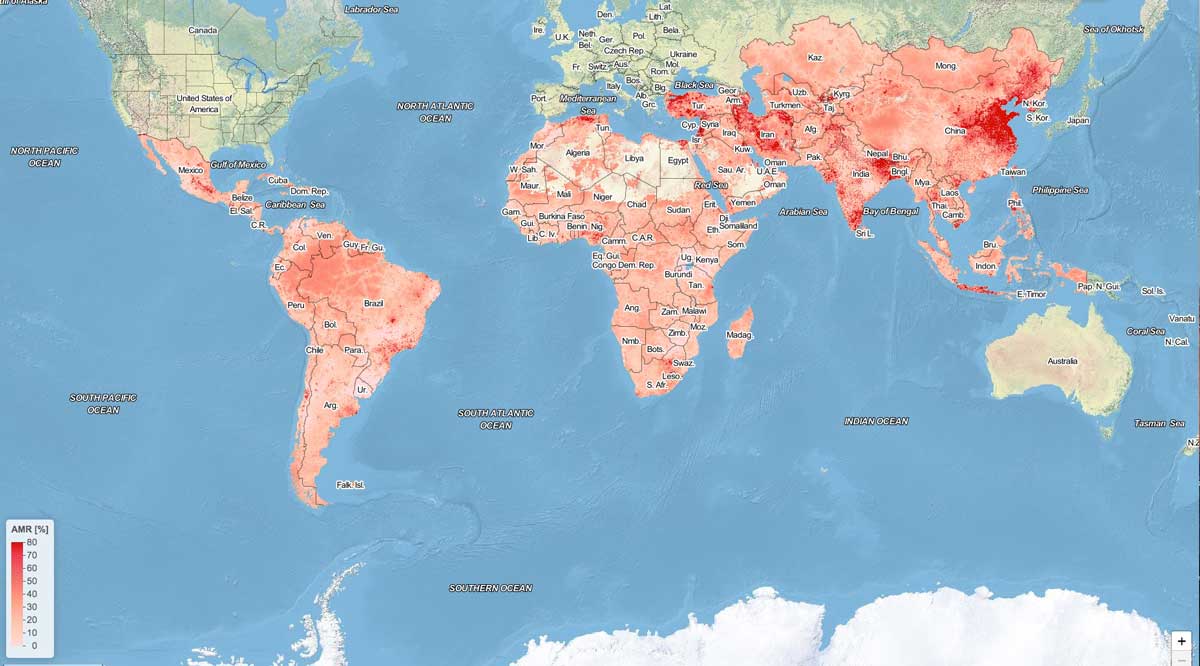 Click on map to see hotspots of resistance to multiple drugs

This rising threat in lower- and middle-income nations makes sense when paired with data on meat consumption. Over the last two decades, the appetite for meat has plateaued in high-income countries, but it has increased drastically in lower- and middle-income nations. In Asia it has risen by a startling 68%, in Africa by 64%, and in South America by 40%. Thus, the growth in livestock farming in these parts is leading to the greater application of antimicrobials – and the incubation of a potentially global threat.

Part of the problem is rooted in this sobering fact: 73% of the antibiotics manufactured globally are now funnelled into livestock farms. Antimicrobial drugs are added to animal feed to prevent illness before it arises; they’ve also been embraced as a way to boost livestock growth, overall. That excessive use increases the chances that microbes will develop adaptive mutations, ultimately making them resistant to many of the drugs that are meant to keep them under control.

Tellingly, the rates of resistance were found to be highest in the three classes of drugs that are most commonly used in livestock production: tetracyclines, penicillins, and sulphonamides.

If resistance increases, farmers could be expected to lose profitable livestock to infection, and they’d have to turn to an ever-dwindling, more expensive, list of drugs that still work. This might also impact food security, as it could make products more expensive to buy.

Increasing numbers of livestock being infected with untreatable diseases could directly increase disease-risk for humans too: if these uncontrollable microbes made their way into the food supply, they could ultimately infect consumers.

The research calls on a cache of 901 pre-existing studies, which provided antimicrobial resistance data from several hundred locations around the world. The data in these studies came from microbe samples swabbed from chickens and pigs – a way of tracking the emergence of resistant bugs in livestock over time.

Combined, the data from these tens of thousands of samples created a global picture of resistance rates over 20 years – and underscored the seriousness of the threat in particular countries.

One of the study’s limitations is that the data they relied on didn’t comprehensively cover the entire globe. Large parts of South America, for instance, were worryingly data-short. But this also drew attention to regions where data-gathering efforts might need to be stepped up, so we can track the emergence of any threats.

To that aim, the researchers have set up an open-access platform to help plug these and other data shortages.

But while better data is one part of the challenge, the actual solution requires a much bigger change: a global transition to more sustainable farming models, the researchers posit. That’s especially true in parts of the world where resistance rates are still low and could be nipped in the bud.

But this shift can’t come at the expense of developing nations, they caution. Instead, they make a tentative suggestion: countries – especially high-income ones – could pool together to produce a global fund that helps at-risk farmers make this shift.

It’s an investment that could ultimately protect the health of us all. “Antimicrobial resistance is a global problem,” the researchers emphasise.