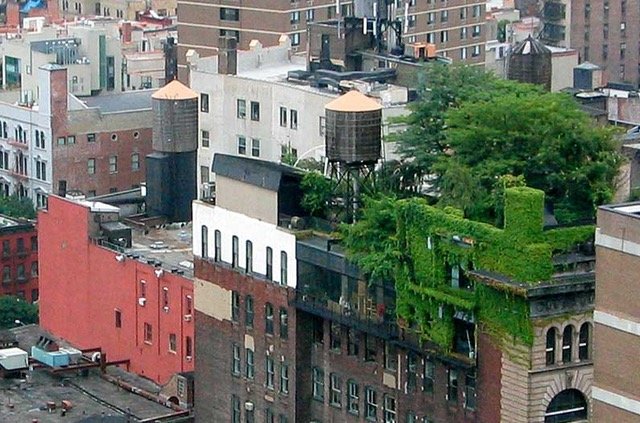 Planting trees and other vegetation is often touted as a solution to mitigate the urban heat island effect. But this strategy won’t be effective in every city, a new study suggests.
By Sarah DeWeerdt
September 17, 2019

Planting trees and other vegetation is often touted as a solution to mitigate the urban heat island effect—the tendency for cities to be a few degrees warmer than surrounding rural areas. But this strategy won’t be effective in every city, a new study suggests.

In dry cities like Phoenix, Arizona, and temperate ones like London, England, adding green space is likely to be a great way to reduce the urban heat island effect. But in wet, tropical cities – including some of the world’s fastest growing cities in Africa and Southeast Asia – it may not be.

The urban heat island effect is known to be more intense in larger cities, and those in wetter climates. But because cities are so varied, it’s hard to identify the factors and mechanisms that contribute to these patterns, and few cities have been studied in detail.

Researchers gathered data on average summer temperature, population size, and rainfall patterns for more than 30,000 cities worldwide. They used this information to build a model of how city characteristics influence the magnitude of the urban heat island effect.

Their analysis suggests that larger cities have stronger urban heat island effects because “Compact high-rise buildings dissipate less heat than sparse low-rise structures, and the anthropogenic release of energy is higher in large, dense cities,” the researchers write in the journal Nature.

The researchers tested their model by analyzing temperature, precipitation, and green cover data for cities in Europe and Southeast Asia. Consistent with the model’s predictions, even though Southeast Asian cities have more vegetation than European ones, their urban heat island effects are of similar magnitude.

For example, Singapore is more than half green space, but it is still about 2 °C hotter than surrounding areas.

“This evidence suggests that efforts to reduce warming by greening cities might be ineffective under some climatic conditions,” the researchers write.

For cities in wet, tropical areas, adding more vegetation might conflict with other urban planning priorities (for example, making neighborhoods compact and walkable). And the plants would also increase humidity, perhaps making the city muggy and uncomfortable.

Of course, city trees and green spaces are still useful. They reduce pollution, provide recreation and mental health benefits, and increase biodiversity. It’s just that we can’t expect them to fix everything in all places.

Cooling cities in wet, tropical climates may require new strategies, such as adding awnings for shade, incorporating heat-dispersing materials, and increasing air circulation to transport heat away from the city on the wind, the researchers say.